Framing a Gable Roof Over a Bay

Synopsis: Builder Scott McBride describes a renovation project in which he builds a gable roof over an octagonal bay, and in the process discovers an old approach to framing has some advantages over newer methods on many types of roof.

As an inveterate house watcher, I’ve always been curious about the roof-framing details on turn-of-the-century houses. Recently, I had a chance to examine one carpenter’s techniques when the nearby Kilby farmhouse was being remodeled with an addition to match. The house was built in 1910 by a Virginia carpenter named John Mike Hawkins, who incorporated a dramatic two-story octagonal bay into each gable. These gable bays not only provide a focal point to the facade of the farmhouse but they also flood the rooms inside with daylight.

Because the bay spans the entire gable end of the house, the roof over the bay presents a unique roof-framing challenge. In order to maintain the regular gable roof without creating a hip where the bay walls angle inward, large triangular sections of soffit are left to extend out beyond the bay on each side. The roof above these soffit sections requires special attention because the rafters need to be suspended so far away from the supporting walls.

To solve this problem, John Mike installed a toe-board cornice. This roof framing detail was popular for many types of roofs, including the gable-over-bay. The technique emerged in the middle-Atlantic colonies in the 1600’s and was used extensively into the early part of the 20th century. I’m surprised this method died out because it seems to offer some distinct advantages over the conventional bird’s mouth-on-plate system of framing a cornice.

In a toe-board cornice the ceiling joists overhang the outside walls of the house. The overhanging joist ends support the soffit, the fascia and the rafters. The toe board is a wide piece of framing lumber in this case a 2×8 laid flat on the top outside ends of the ceiling joists. The toe board ties the joists together and provides a platform for the rafters to land on directly over the joists. Like the roof ridge, the toe board isn’t being counted on to carry any weight; rather, it stabilizes the structure and aids in the construction process.

One of the chief advantages of the toe-board system is that no soffit lookouts are required. In conventional cornice framing, lookouts are the pieces of wood that run horizontally from the rafter tails back to the walls to support the soffit. They are usually tedious to install and offer bouncy nailing at best. With narrow soffits I have sometimes spanned the short distance between the fascia and the nailer on the wall without using lookouts. But wider conventional cornices do require this additional framing to support the soffit material, especially when the soffit is split by a run of continuous soffit vent. Lookouts are unnecessary with a toe-board cornice because the ceiling joists provide solid nailing for the soffit material.

For more photos and information on framing a gable roof over a bay, click the View PDF button below. 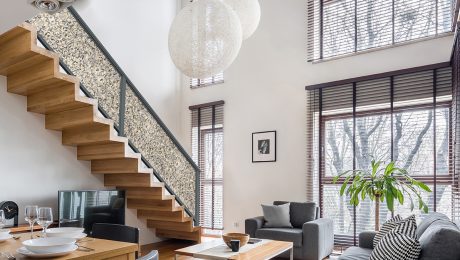