A vent to keep out updraft rain

The vent for the hood over my kitchen stove exits through a wall on the weather side of my house. The vent has a rain hood and a flap to keep out the wind. But I live on the side of a hill, and in the winter, the wind blows up the hill at 50 mph to 70 mph, lifting up the flap and driving rain straight into the duct from the hood. The rain leaks through the ceiling, and I get a stiff breeze gusting out the kitchen hood. Do you know of a weather hood or anything that would keep out upwardly mobile precipitation?

Roe A. Osborn, a senior editor at Fine Homebuilding, replies: This example of rain traveling up isn’t the first I’ve seen. I was once in a house that was built over a steep hill on the island of Tortola. Rain would scream in off the water, up the hill and right through the jalousie windows as if they were wide open. It was wild to observe and not easy to cure.

Your problem shouldn’t be as difficult to fix. I’ve checked several catalogs and looked on the Internet but couldn’t locate a manufactured vent that would fill the bill. So my next suggestion comes from the boat industry. Many boats that I’ve worked on have ventilation boxes that let air below deck while keeping water out, and something like that might work for you.The key is an internal baffle.

The hood for your stove vent would have to be fabricated from fireproof material, but here’s how it works.The hood consists of a box that fits over the outlet of the stove fan and extends down 6 in. or so below the opening. The bottom side of the box is open. Just below the vent opening, a horizontal baffle extends from the house side of the box, covering about two-thirds of the opening. The remaining open area should be roughly the same as the vent opening.

Near the bottom, a second baffle the same depth as the one above extends from the outside wall of the box.Wind-forced rain that enters the box from below hits the inside baffle and runs back out.

The baffles will keep out the rain, but probably won’t be enough to keep the breeze from rushing in. In this case, I suggest installing a damper in the duct to keep out wind while letting kitchen air escape.Companies such as Grainger (www.grainger.com) sell motorized furnace dampers, and I’ll bet a creative electrician could wire the damper so that it opens when the kitchen fan is on and closes when it’s off. 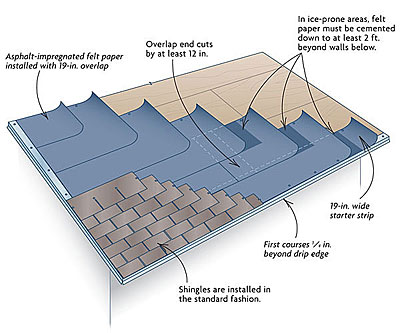 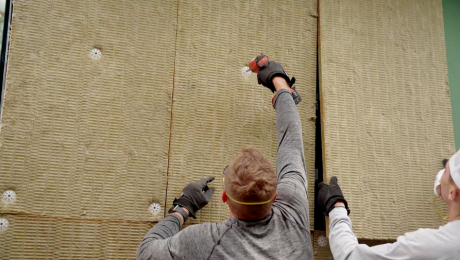