In a field of powerful and accurate tools, three saws stand out with useful features and large cutting capacities.

Synopsis: Included in this article is a comparison chart of the saws we tested — by blade type, weight, warranty length, motor type, crosscut capacity, upright cutting capacity, 45 by 45 cut capacity, and maximum bevel — as well as our own comments and impressions. Additionally, we highlight the features that helped our three favorites make the final cut.

Our first power miter saw was a 10-in. Makita. It was one of the first decent saws on the market. The saw was expensive, it weighed a ton, it had a short stationary fence, and it didn’t make compound cuts. At the time, it was state of the art, and it was revolutionary for trim carpentry.

For more than 20 years now, saw manufacturers have been hard at work refining and introducing new miter saws. With new saws come new features. Some features, like the ability to cut bevels, prove handy and quickly become standard on all saws. Others prove impractical and never catch on. We recently reviewed eleven 12-in. compound-miter saws to determine which features are helpful, which are frivolous, and which saws rise to the top.

Is a 12-in. compound-miter saw the right tool for you?

Compound-miter saws make fast, accurate work of cutting miters and bevels. Because there is more than one type of miter saw, you first have to decide if a 12-in., fixed-head compound-miter saw will meet your needs. In general, 12-in. saws have a crosscut capacity around 8 in. and a depth-cut capacity of 4 1⁄2 in. Those capacities are adequate for most interior and exterior trim work.

Ten-inch compound-miter saws operate the same way and offer similar features to the 12-in. models, but they don’t have enough cutting capacity to be able to do much more than cut small casings.

On the other hand, some jobs, such as cutting shelves to be used in cabinets, call for the greater crosscutting capacity that you get with a sliding compoundmiter saw. Sliders come with 8 1⁄2-in., 10-in., and 12-in. blades with 0° (90°) crosscut capacities around 12 in.

While some people use miter saws for framing, we’ve never found them practical for that purpose. It’s a lot easier to move a circular saw around long framing lumber than it is to move the lumber around a stationary miter saw. And the accuracy you demand when cutting trim will be diminished considerably after your saw does a stint on a framing project.

Some features we’ve come to expect; others, we can live without

All of the saws we looked at are pretty good tools with plenty of cutting capacity and power. The saws we tested can make 0° (90º) cuts through boards around 8 in. wide and 45º miters through boards around 5 1⁄2 in. wide. Two saws can even cut 3 ⁄4-in. (or 1x) boards more than 6 in. wide standing up against the fence. With 15-amp motors that run between 3500 rpm and 4300 rpm, all the saws have plenty of power for cutting trim. Still, there is a fine line between must-have features and other features that are OK, but aren’t going to make or break the sale. 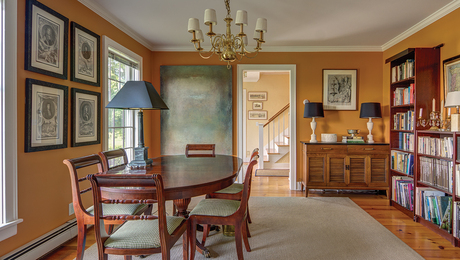