The Birds, the Bees and a Garden Hose

Great moments in building history: A father and son talk

I’ve had a lot of employees over the years, but none so willing to help as my young son Will. A few years ago, when he was 7, we were remodeling an old house. In the process, the water heater had to be moved. Because the water heater is much easier to move empty, I told Will that we would have to drain it.

“Go out and get the hose,” I instructed.

He disappeared and a few moments later came through the back door with a 50-ft. garden hose draped around himself like the chains of Jacob Marley’s ghost.

“Which is the female end?” he asked, holding an end in each of his hands and gazing back and forth with a very puzzled look.

“It’s the one that’s bigger around,” I replied, realizing that I may have opened myself up for more of a plumbing lesson than I had intended.

He then handed me the end I wanted and was very quiet for a moment. I thought it might just go unquestioned. But just as my heart slowed down to normal, it happened.

“Why do they call it a female end?” he asked.

Nothing to do but explain, I thought. But I wondered just how graphic I should get with a 7-year-old. However, he and his older sister showed very little modesty around the house, so this shouldn’t be too hard to explain. I started with the basics.

“You’re a male, and your sister is a female, right?”

“Have you ever noticed a difference between the two of you?”

“Sure. She has long hair, and I have short hair,” he replied.

“Well, that’s true,” I confirmed. “But have you ever noticed anything else different?” I probed once more.

He thought for the longest time while I nervously fiddled with the fittings on the water heater. Then like a divine revelation, the puzzlement was gone, and a contented look of realization came over his face, and he replied, “She wears dresses, and when she spins around, they get big and round.”

“Right,” I said. “Now take the other end of the hose outside.” 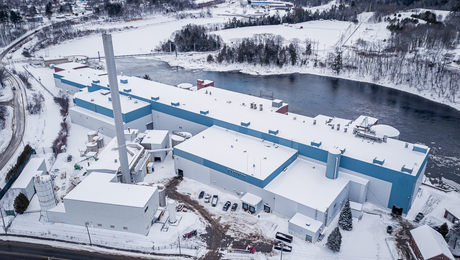 Loose-fill, batt, and board insulation will compete with mainstream products now on the market.