Sidewinder circular saws are relatively simple. Aside from the need for lots of cutting power, it’s the features that separate one saw from the next.

We recently reviewed 14 sidewinder circular saws and found seven features that separate the good from the not-so-good. Let’s take a closer look.

The first thing to consider on these saws is the cut line indicator-the little pair of notches in front of the saw’s baseplate. It helps you line up your blade with your cut line, and that’s important whether you follow a line all the way through your cut or just make a V-mark and go. You need to know that the blade is right on the money, both 90 degrees and 45 degrees. A good marker accurately delineates both sides of the blade kerf so that you can cut to either the left or right side of your line. An oversize or misaligned marker is going to need to be supplemented by a scratch awl or a fine point permanent marker.

The second thing to consider with these tools is blade visibility. A clear line of sight to the blade is crucial because, depending on your stance or how far in front of you you’re reaching when using the saw, you aren’t always going to be able to see the cut line indicator. In those cases, this little window through the appendages of the saw is all you have to be able to tell if the blade is on the line. The best saws offer a clear view of the blade through this window, at all depths of cut, even with both hands on the tool. Poorly designed saws obstruct the line of sight with handles, guards and spindle locks.

The third thing to consider is the bevel function on these tools. Now, it’s not going to be used all that often for just trimming studs to length or breaking down a sheet of plywood-but when you’re doing more complicated framing, like roof work, you really need to have an accurate setup. The best saws have a bevel lever or knob that is comfortable to operate and locks securely. Top saws also include a large scale with detents at the most commonly used angles and an easily operable override function that lets you go beyond 45 degrees when necessary. Engraved or cast-in numbers are highly preferred.

The fourth thing to consider is the saw’s baseplate. Ideally, it should be flat across the length and width, and have a nice straight left edge for riding against a guide. Stamped aluminum baseplates bend easily if dropped, but can be bent back into place for a quick fix. Cast aluminum or cast magnesium baseplates are stiffer and less prone to bending. But a good drop usually means a cracked plate with no chance of fixing it. Fiber-reinforced plastic baseplates are super-tough, but they should be made thick enough to be stiff, since they often have more flex in them than the metal alternatives.

The fifth thing to consider on these saws is the guard retraction. There is nothing more frustrating than being halfway through a cut, and the guard gets stuck and won’t retract, so you have to stop and reach over the saw to loosen it up. Saws with a large lobe above the leading edge of the guard are among the best. Those with sharp or rough leading edges tend to get stuck when cutting in angles and on regular wooden surfaces.

The sixth thing to consider is the saw-to-baseplate connection. This is the pivot point on the saw where the motor and the handle assembly meet the baseplate. That’s the part of the saw that allows you to plunge for the depth and pivot side-to-side for bevel cuts. The best models have a saw-to-baseplate connection that’s in-line with the rear handle, and a front handle that’s both low and also in-line. Saws with a cantilevered connection that’s in-line with the blade guard instead, and a front handle that’s located far out on the motor housing, are more prone to flexing when pushed through a cut.

The seventh thing to consider is the placement and operation of the depth adjustment lever. Besides being just plain easier to reach, outboard levers let you keep your trigger hand on the handle, where it belongs, while you finesse the exact blade depth and lock it into place. Inboard levers, which are tucked between the handle and the blade guard, are more difficult to operate. Rubber-covered or thick, rounded levers are the nicest to grasp. The depth scale should be clearly marked and easy to read. Again, engraved or cast numbers are more permanent than stickers.

For such a simple tool, these saws have a lot of features to consider. The bottom line: None of them are perfect in every category. I’ve laid out the seven features to consider, but it’s up to you to determine which is most important for the work you do. 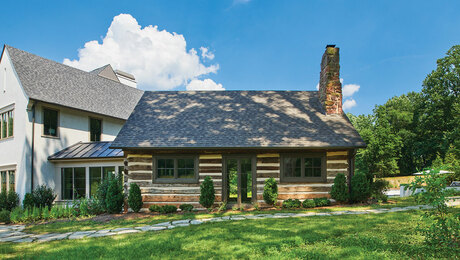