Four common strategies for building homes that are energy efficient but can also hold up well in a storm.

The article below was originally published after devastating tornadoes tore through a large swath of the Southern, Midwestern, and Northeastern United States in April of 2011. While some of the information below may seem too little too late now that the storm has diminshed, there are a lot of ideas that folks may find useful as they rebuild damaged homes and prepare for the future.

If you have any specific questions about building or rebuilding a safer home, please visit our forums on FineHomebuilding.com and GreenBuildingAdvisor.com.

1. Strengthen the impact zone where the trees hit the top of the wall 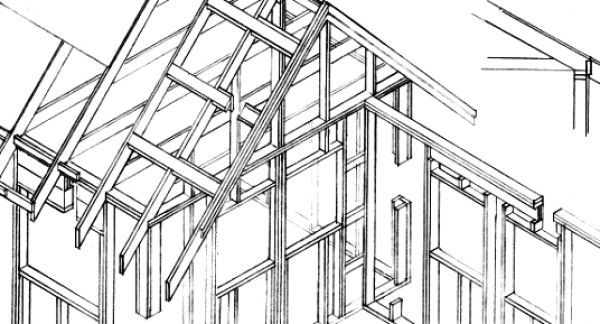 We nail the headers to the top plate with cripples as needed between the header and the top of the windows and doors. We still use double top plates which allows us to place 2x blocking on the outside of the upper top plate on the top edge of the sheathing so the impact of a tree on the overhang is transferred by the blocking to the shear nailing on the sheathing rather than just crushing the top edge of the sheathing and coming on into the room. Of course we fully sheath the exterior walls with OSB and use more than code minimum hurricane clips and we still “right size headers” to double 2×6’s when less than 36″ as allowed by the engineer. 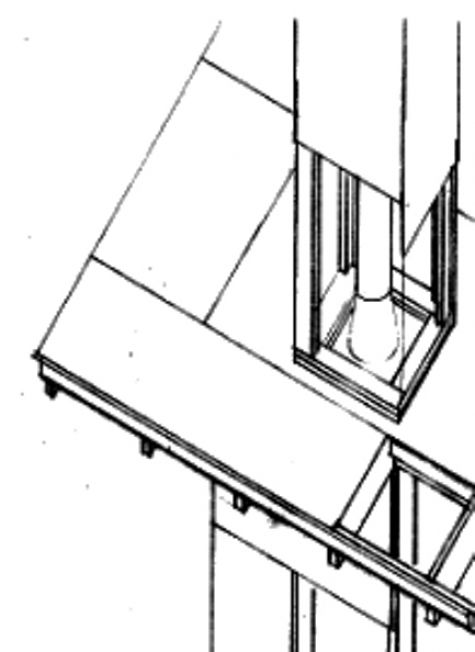 If hurricanes and tornados didn’t involve so much rain, the recovery would be much easier. Trees on the roof can let in a lot of water and the structural damage is often much less expensive to repair than the water damage. We break the roof sheathing over the squash block on the outside of the wall so that when the trees land on the house the damage is largely held to the roof overhangs and the water is kept out of the attic. We also use 2x treated subfascia and nail galvanized roof edging through the sheathing into the subfascia to help keep the wind from getting a grip on the roof edge.  Likewise we flash our chimney pipe to the roof as if it didn’t have a chase and build a separately flashed chase above the roof that can break clear if hit by a tree without opening a huge hole in the attic. 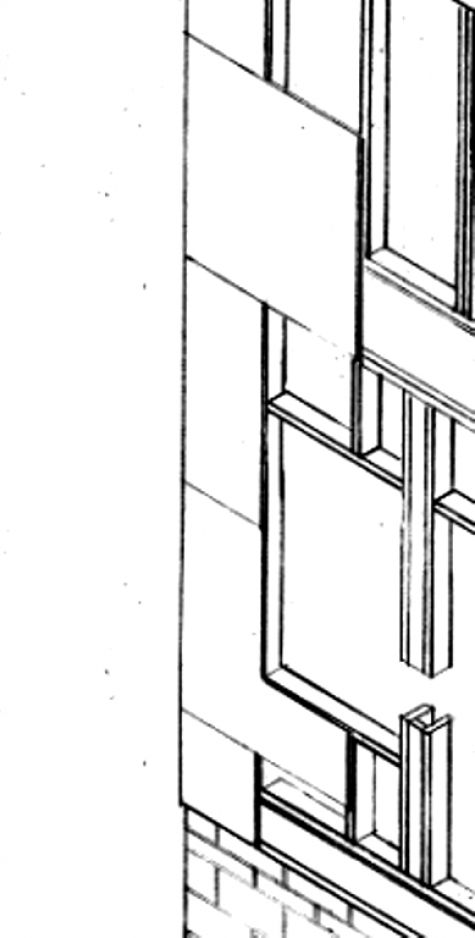 3. Don’t assume that gravity is going to hold the bottom plate to the subfloor

During recent storms in NC, one house had four windows blown out by wind-borne debris. That was enough to pressurize the house and pop all the down-wind walls off the subfloor and into the yard totaling the home. Rather than simply nailing the bottom plate to the subfloor with 16D nails we hold the sheathing up a foot off the bottom plate and add a strip of OSB or treated ply that spans from the mud sill to the studs. We also use real anchor bolts rather than the expensive straps and put them closer than required by code. Code will allow us to skip the blocking if we run all the sheathing horizontally as shown but we usually block this and run 8′ sheathing vertically above this point. On the second floor the sheathing is run long so that when the wall is tilted up the bottom of the sheathing can be nailed to the upper top plate and rim joist below (with a ¼” gap for shrinkage of the rim joist.) Blow-outs are more commonly caused by failed garage doors on attached garages so be sure to lock the garage door with the slide bolt locks on the inside and lock the door between the garage and the house with a deadbolt and pick up lawn furniture and trash cans that can break windows when a storm is coming. 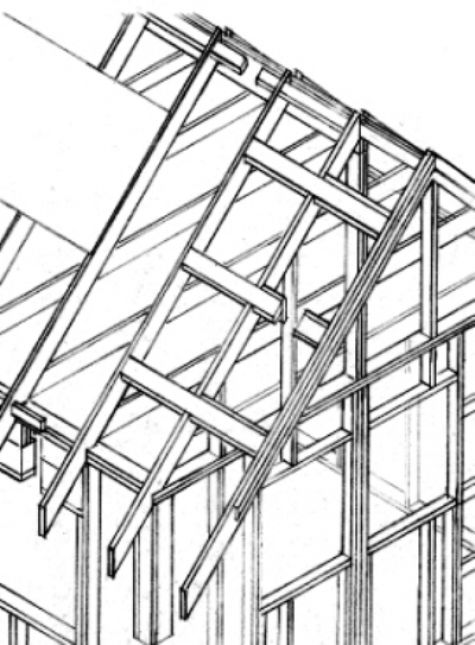 4. Stiffen the ridge and use real barge rafters

Even if you use trusses and ridge vents it is still a good idea to stiffen the roof sheathing at the ridge and to use real old fashioned barge rafters. It seems like barge rafters are a lost art these days but they really give a lot of solidity to the rake edges by tying them in to the next to last rafter or truss. Nailing the roof sheathing off to 2×4’s on the flat between the trusses is especially important on single story homes where the trees may hit the ridge first and it helps stiffen the roof by tying the two planes together. I had seven trees on my roof after a microburst touched down fifty feet from my home during Hurricane Fran but no water damage and very little structural damage other than a bit of shingle and gutter repair and some broken rafter tails. Nothing can make a home safe from a direct hit from a tornado but we can do a lot to minimize damages from a close call.