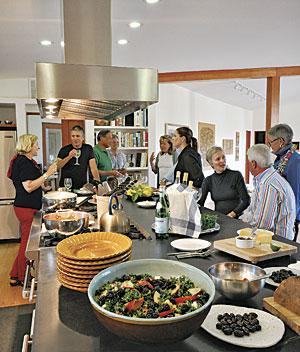 After trekking around the country for more than 30 years for Fine Homebuilding, photographing some of the most beautifully crafted homes in North America, I hung up my frequent-flyer pass and moved into semiretirement in California. I’m pleased to say it’s more semi than retired. I still get to work for Fine Homebuilding, and for the past couple of years, I’ve been helping our sister magazine, Fine Cooking, on a project called “Behind the Kitchen Door.” I visit food professionals, photograph their home kitchens, and report on how they’ve shaped them to be as efficient as a workshop and as inviting as a cherished getaway.
I’ve seen a lot of great kitchens over the years. Most of them were designed for people who love to cook but are not involved in the food business. It has been instructive to see the differences between the pro and nonpro kitchens. It’s not the appliances—but it can be their placement. The pro is far more likely to put the stove center stage. And the pro’s kitchen will have all manner of storage solutions; multiple workstations; durable, non-fussy materials; and plenty of room for dinner parties and all the gear that goes along with them. Here, I’ll tease out the tips that will make for better cooking spaces in your home, even if your Sunday dinners are a bit more modest than those of the chefs featured here. After all, the food business is part of the hospitality business, and I’m hard-pressed to think of anything more hospitable than a dining table decked out with lovingly prepared food surrounded by an appreciative gathering of friends.

Tom’s Big Dinners is one of Tom Douglas’s cookbooks, and it also describes the typical weekend events Tom and his wife and partner, Jackie Cross, host at their Seattle home. In addition to creating 13 successful restaurants in Seattle, Tom and Jackie are known for their community-service participation. Dinners at their house are perennial favorites at charity auctions, and their dining room and kitchen are tailored to preparing meals for large gatherings, with plenty of counter space for kitchen helpers.

When they bought the ‘50s-era ranch-style house, Tom and Jackie converted the original family room into what is now the kitchen. The old kitchen became the new dining room with a picnic-style table big enough for 10. The two spaces are open to one another, but there’s a cleanup corner tucked away behind a wing wall where dirty dishes can remain out of sight until it’s time to load the dishwasher.

When I visited Tom and Jackie’s kitchen, it reminded me of my trips to a restaurant-supply house. Stainless steel abounds in the Lambert prep and cleanup sinks, worktable counters, backsplashes, and the Metro shelving between the range and the refrigerator and above the cleanup sink. A six-burner Garland range with double ovens and a raised griddle anchors the cooking wall. They got the Garland after Tom realized that their original stove arrangement, which included a 120,000-Btu wok burner, had a problem: One day, Tom walked into the kitchen, and the burner was on full blast. “We discovered that our dog could turn on the wok burner with her tail,” he says.

A prodigious island serves multiple functions in this kitchen. Its maple butcher-block top overhangs the curved side, providing legroom when it’s in bar-top mode. Take away the barstools, and the island is large enough for multiple helpers to do food prep.

A KITCHEN FOR FRIENDS 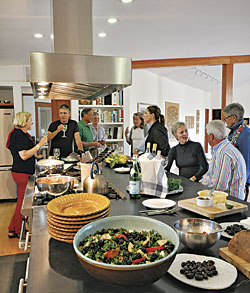 Before she graduated from UCLA’s film school in the early 1970s, Anna Thomas had already made a big splash in the food world. Her first cookbook, The Vegetarian Epicure, turned the common perception of vegetarian cooking on its head, from a cuisine of denial into one of nourishment and pleasure. Her latest cookbook, Love Soup, took home a James Beard Award in 2010. In her other job as a filmmaker and screenwriter, Anna received an Academy Award nomination for her work on the movie El Norte.

A few years ago, Anna remodeled her house in the Ojai Valley to make the kitchen even more welcoming for parties. As one guest remarked to me as others were preparing appetizers and pulling corks, “If you’re invited to one of Anna’s parties and you don’t go, you’re either stupid or dead.”

Anna wanted the new kitchen to feel like an art gallery, with no upper cabinets and lots of light. Reconfiguring several adjacent closets into a long, sky-lit combo pantry/laundry room made up for the lost cabinet space. 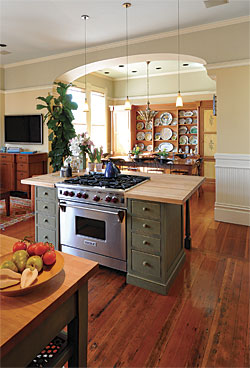 Her father said that she has the soul of a wandering gypsy, and it’s pretty hard to argue with that. When she’s not taping her popular PBS television show Cooking Confidence or writing her next cookbook (she’s done 18 so far), Joanne Weir leads groups on culinary excursions and teaches cooking classes all over the world. Her home is a vintage Victorian house in San Francisco’s Pacific Heights, where she tapes her TV show and teaches cooking classes to small groups of eager students.

Small rooms, high ceilings, and a tiny kitchen in the back describe the floor plan of just about every original Victorian row house in San Francisco. The house where Joanne and her husband, Joseph, live was no exception. The wide-open space that now includes the kitchen, the dining area, and the sitting room used to be three separate spaces walled off from one another. Opening the back of the house meant losing a small bedroom, but the trade-off was worth it. I was really struck by how columns and arches define the dining area without closing it off to the kitchen, and the long diagonal views make what isn’t a large space feel expansive and light.

Charles Miller is an editor at large. Photos and drawings by the author. 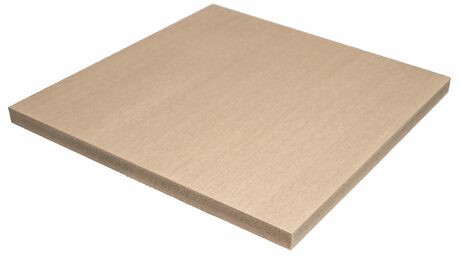 A Sustainable Alternative to Wood