In the fall of 2012, I tested the performance of 11 air-sealing tapes by attaching samples to six different substrates mounted on the exterior wall of my woodshed. A month later, I tried to remove the tape samples to determine which tapes were most tenacious. I reported my findings in “Backyard Tape Test,” FHB #234.

Ten months after the initial test, I revisited the test site to see which tapes were holding up. Here’s the good news: Several of the tested tapes were still hanging on remarkably well. In fact, a few tapes even seemed to have gotten more tenacious over time.

Just because a tape does well on one substrate doesn’t mean that it will work well on another. For example, Zip System tape performed well on housewrap, but it fell off the XPS at some point during the past 10 months.

On the other hand, some tapes that didn’t seem particularly strong after a month fared better after 10 months had passed. Tapes in this category include Pro Clima Tescon No. 1, the 3M tape, and Zip System on OSB; Venture 1585 HT/W on housewrap; and Pro Clima Tescon No. 1 on polyethylene. The apparent reason for this finding: The bond created by a high-quality acrylic adhesive is slow to develop, so tapes in this category may get more tenacious with time.

XPS: This test taught me that XPS is one of the hardest substrates to tape; it’s even harder to tape than OSB. The best of the tested tapes on XPS was Siga Sicrall. (Note, however, that the manufacturer of Siga Sicrall recommends the tape for interior use only. The best-performing exterior-rated tape on XPS was Siga Wigluv.)

Housewrap: Most of the tested tapes performed well on housewrap. 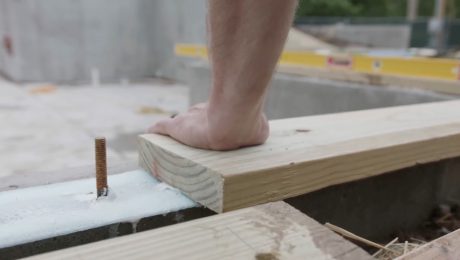