In 1968 Congress created the National Flood Insurance Program (NFIP) to protect properties from floods in both coastal and inland areas. The program has encouraged the development of valuable real estate in all parts of the country. Coverage for flood damgae is not part of ordinary homeowner’s insurance, so homes and businesses in flood-prone areas must carry flood insurance to qualify for federally-backed mortgages. As a result, flood insurance is a necessity for many homeowners.

Unfortunately, the (NFIP) is now billions of dollars in debt, in large part because of large hurricanes like Katrina and Sandy. To bail out the program, congress passed the Biggert-Waters Flood Insurance Reform Act in 2012, which raises flood insurance rates for homeowners in the program.

Making the program fully solvent would have required higher increases, but last year, Congress  passed the owner Flood Insurance Affordability Act. This newer law slows rate increases for many policies. Both wealthy and working-class homeowners will be affected by the new rates. Most homeowners will see increases of 25%. Others will see greater hikes.  Home that are newly listed as high-risk because of new flood mapping may apply for a rate reduction under FEMA’s grand fathering program. The grandfathering program caps rate increases at 18% for those that qualify.

Do you or someone you know have flood insurance? Have your rates gone up? I’d like to hear your thoughts. 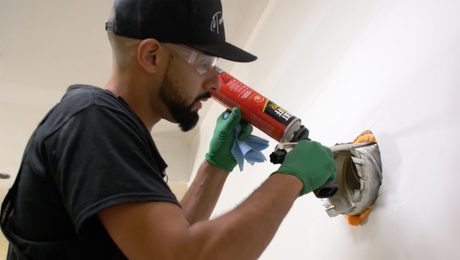 Use and Care for a Professional Foam Gun

Remodeler Kiefer Limeback shares tips on how to select the right spray-foam gun, how to fill gaps of all shapes and sizes, and how to clean and store a foam gun.