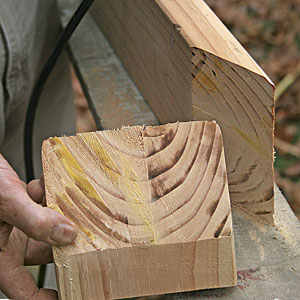 Standard circular saws and miter saws can cut bevel angles up to about 54°. While that handles most day-to-day needs, every so often you need to make a cheek cut that a standard saw can’t accommodate. For example, I recently found myself having to cut a 71° bevel on a piece of 2×6 blocking for a set of winding stairs.

The technique is simply to cut the angle on each edge of the board using a circular saw and then to connect the cuts using a reciprocating saw or a handsaw. In fact, you could make the entire cut with either of those tools, but it’s hard to cut accurately with a recip saw, and using a handsaw is tedious.

Working with square-edged lumber is crucial. If the edge isn’t square to the face, your cuts won’t align. Careful layout also is important, because the accuracy of the second layout line depends on aligning it with the first. Likewise, the third line’s accuracy depends on how it intersects the second line. Errors can accumulate rapidly. 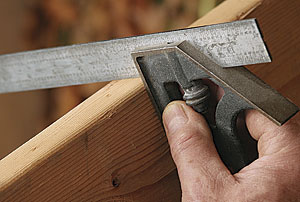 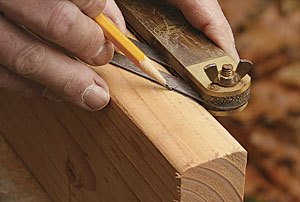 2. Mark one edge. Use a T-bevel, protractor, or framing square to lay out the angle on the lumber. 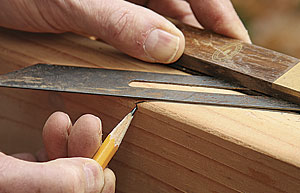 3. Compensate for the roundover. The eased edges on lumber make it harder to accurately transfer the cutline from the edge to the face. Sight directly down on the T-bevel and the face of the lumber, and mark the intersection of the two. 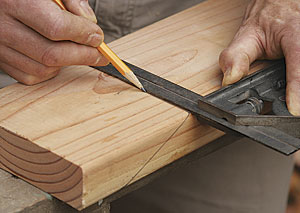 4. Draw a square line on the face. This line determines where you mark the angle on the second edge, and it provides a reference when cutting. 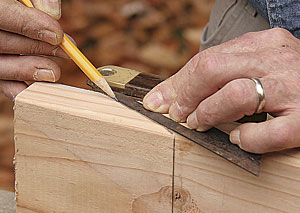 5. Mark the angle on the second edge. To again compensate for the roundover, sight down on the T-bevel to align it with the square line on the lumber face, then mark the second cutline. 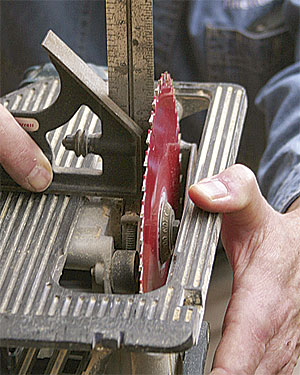 6. Set up a circular saw. Use a sharp, thin-kerf blade. Don’t trust the bevel settings on the saw; they’re rarely accurate. Instead, use a square to ensure that the blade is at 90° relative to the saw’s base. 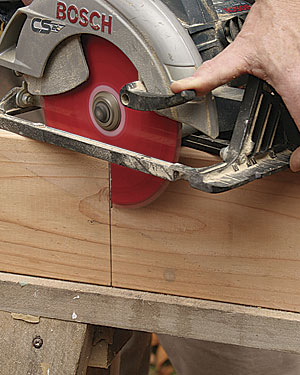 7. Make the first cut. Clamp the stock in place. Set the saw’s base firmly on the lumber edge, and don’t rock the saw as you cut. As it exits the cut, the blade should follow the square line on the lumber. 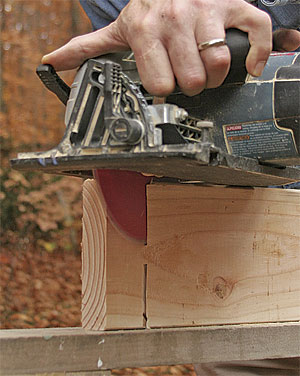 8. Flip the board over. Repeat the cut from the opposite edge. 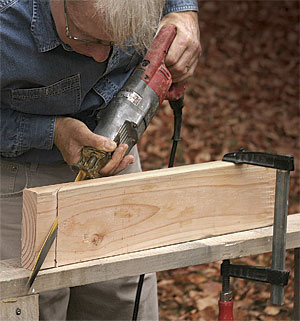 9. Finish the cut. A reciprocating saw makes quick work of the job, but a handsaw isn’t much slower. The reason for the thin-kerf blade in the circular saw is to match more closely the kerf width of either a recip saw or a handsaw. 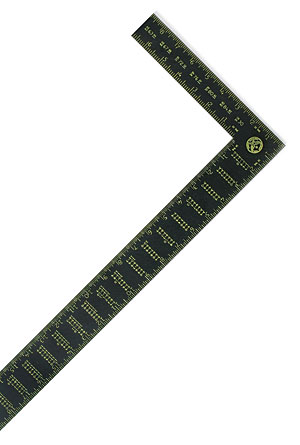 FRAMING SQUARE
An old-school tool for laying out angles, a framing square provides angles in rafter-pitch increments, such as 12-in-12, rather than degrees. One shortcoming is that it’s hard to use this tool to measure some angles, especially if the pieces being measured are short. 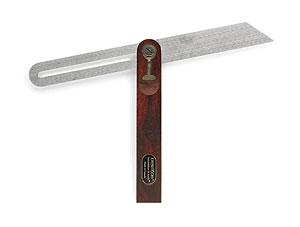 T-BEVEL
The simplest method of transferring angles, a T-bevel is simply held in place to duplicate an angle, and then its locking screw is tightened down. It provides no measurement increments, but transfers angles directly.

RAFTER SQUARE
Most carpenters have a rafter square at hand, often in their tool belt. While they provide rafter-pitch increments like a framing square, rafter squares also measure in degrees. 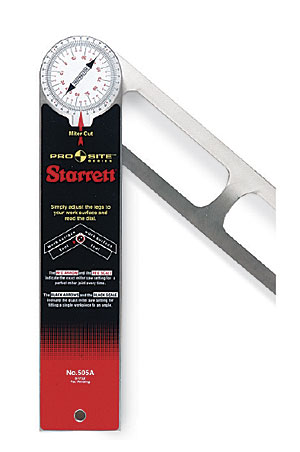 ANGLE FINDER
A bit of a specialty tool, this protractor can be used to measure angles in degrees like a rafter square, and to transfer angles directly like a T-bevel.