Design strategies for bestowing a modern look on traditional homes.

Whether renovating a heirloom home, designing a new addition, or executing some combination of the two, more and more firms are fusing architectural styles. Increasingly, traditional homes are being given ultramodern makeovers. To be successful, such projects require a deep sensitivity to the existing structure’s forms, materials, and relationship to the neighborhood, as well as advanced ideas about how to introduce seemingly disparate forms and materials such that they harmonize with the original home and its environment. This is a tricky balancing act—one that can have either jarring or inspired results. The secret is to clearly honor the house’s history while celebrating modern design. 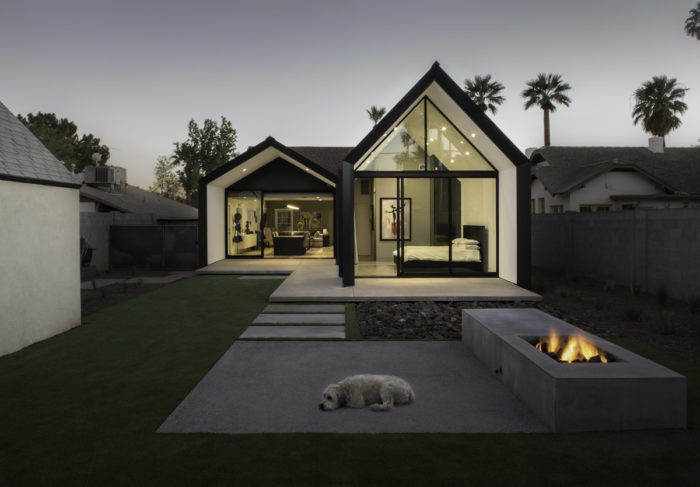 For principal Thamarit Suchart, that meant making the distinction between the existing and new structures very apparent. “We are building in the 21st century. The people who built that house were building in the early 20th century. They were building for their times and we are building for ours—with the capabilities we have now,” says Suchart, adding that it doesn’t make sense for designers to try to mimic another time when something more contemporary can be done well. “Ultimately, there’s no hiding it. The new is the new and the old is the old.”

For this project, commission regulations dictated that the front elevation be left untouched; anything modern had to be done at the rear. Scale and proportion were key to unifying the two structures. To demarcate their meeting point on the exterior there is a break between the Tudor stucco and the new metal cladding; a reveal interrupts the two materials to allow for individual expression of each. “The marriage between the two was an interesting exercise in architectural language in terms of iconographies and aesthetics on one level, and also from a space-planning perspective on the interiors,” notes Suchart, adding that the addition was meant to be “a good neighbor” to the original house. 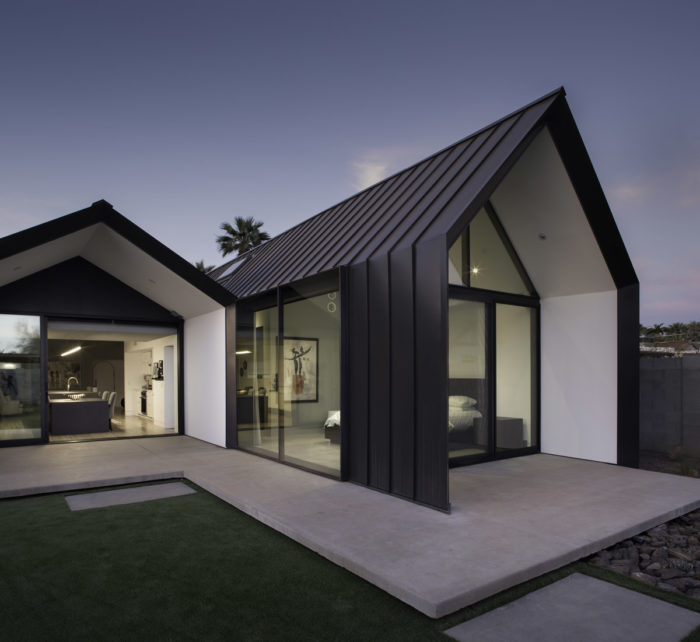 Part of the design program was to improve the spatial quality of the home so it would feel more generous. The 1200-sq.-ft. open space takes full advantage of the vaulted ceiling. According to Suchart, capitalizing on the existing shell and opening up the main volume is an effective way of modernizing a historic home. 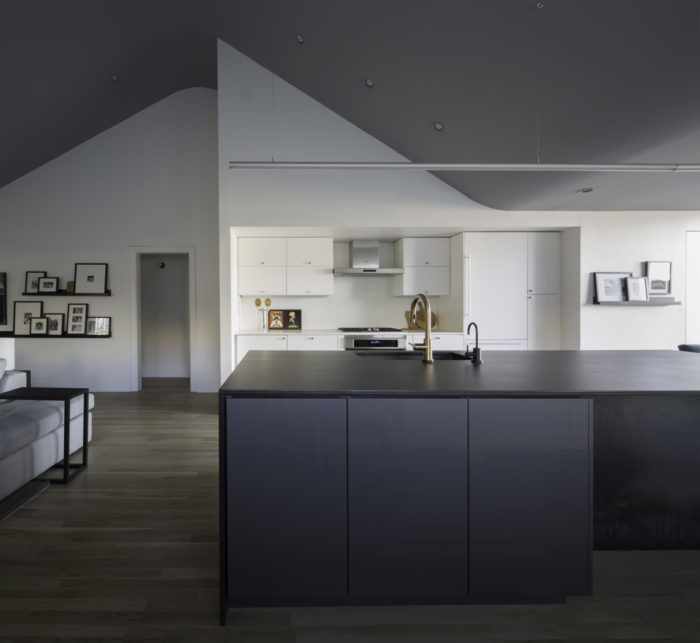 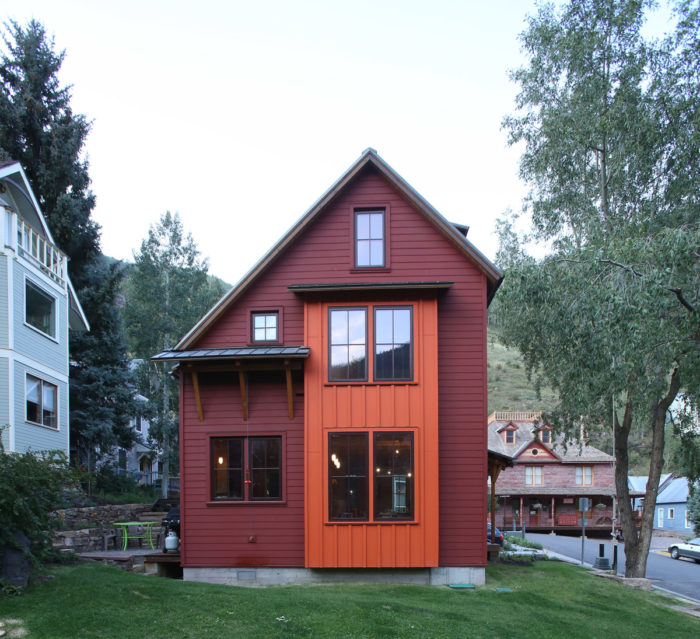 Also located in a historic district, this modern Victorian is another instructive example of juxtaposing styles. To conform to the Taluride, Colo., neighborhood’s restrictions, Arkin Tilt Architects designed a two-story Victorian using modern materials. The steep gable, front porch with shed roof, lap siding, and tall double-hung windows are in keeping with homes built in the district between 1878 and 1913. Yet the use of fiber cement for siding, the metal roofing material, and a hipped roof at the back contribute to the modern aesthetic. 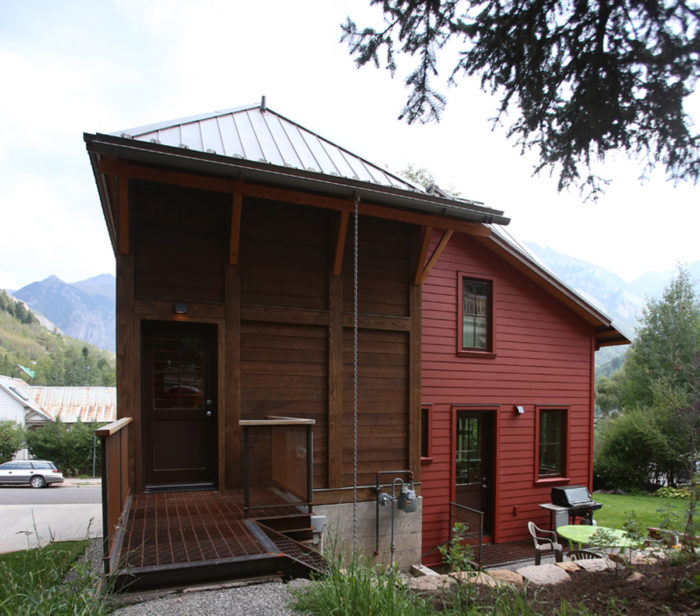 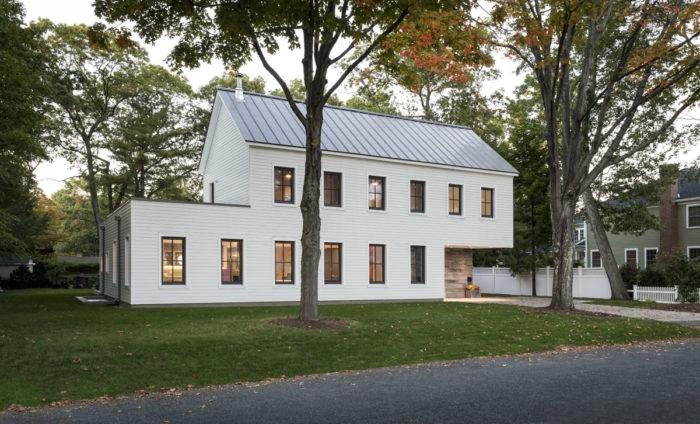 This modern take on a New England farmhouse demonstrates how a minimalist aesthetic can work with timeless forms. The team at GO Logic started with the shape of a traditional cape house with two-car garage, and made it relevant and modern by way of its edgy configuration. Clapboard siding, a gable roof, and a grid of four-lite windows reflect regional architecture, while the standing-seam metal, portion of flat roof, and cantilevered corner lend a decidedly modern feel. 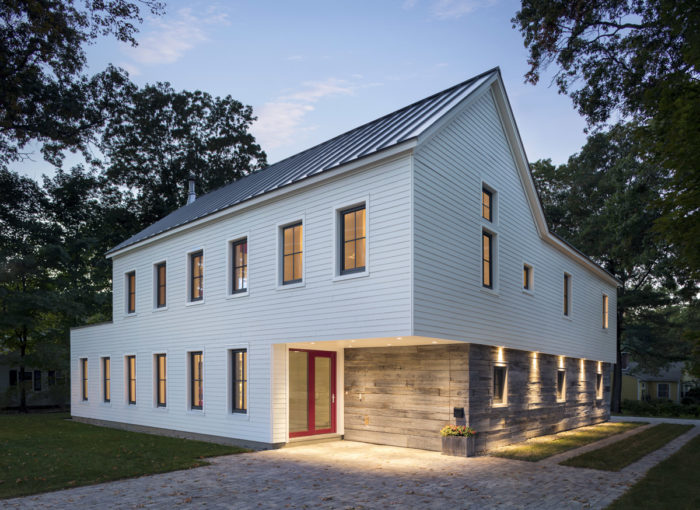