A Short Guide to Lime-Plaster Trowels

A handful of tools smooth the way to a beautiful, custom finish.

There are a lot of trowel options out there, but for the single-coat lime-plaster application detailed in “A Hybrid Approach to Lime Plaster” (FHB #278), only a handful of trowels are really necessary. Here’s a quick rundown of the most-used tools:

Rectangular trowels, also called finishing trowels or square plastering trowels, are the backbone of the process, doing most of the work of getting the plaster on the wall and troweled to the right thickness. They have sharp, rectangular corners, are made of stiff steel, and come in a range of lengths and widths. A tang, or rib, that runs along the back gives the tool strength and rigidity, and connects to the handle. Though they’re called finishing trowels, it’s often easier to get a smooth finish with a pool trowel than a rectangular trowel. Without practice, the sharp corners of a finishing trowel can leave lines where they dig into the surface.

The larger the trowel, the more material that can be transferred to the wall at once. But lime plaster is heavy, and using a large trowel can quickly wear down the arms of the uninitiated. Consider starting with a smaller trowel to get into the swing of using it. 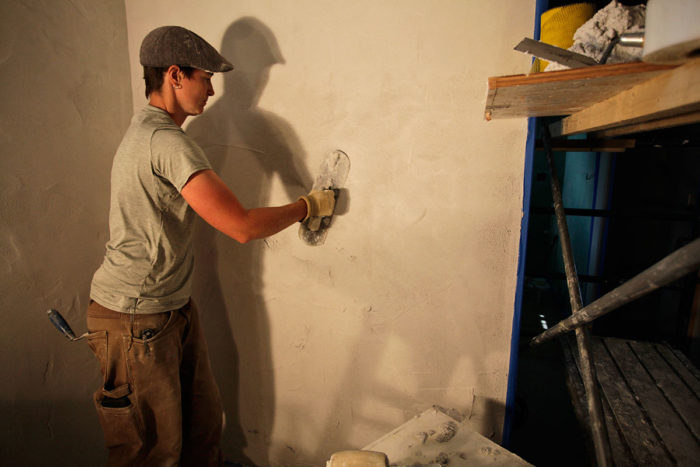 Pool trowels come in later in the process, and do most of the smoothing. These have rounded ends and are far more flexible than square-ended trowels. The combination of the trowels’ round ends and flexibility keeps them from gouging the surface, leaving a smoother finish than their rectangular cousins. It’s not that a smooth finish can’t be achieved with rectangular trowels; it’s just easier to do with a pool trowel. Like finishing trowels, these also come in various sizes. 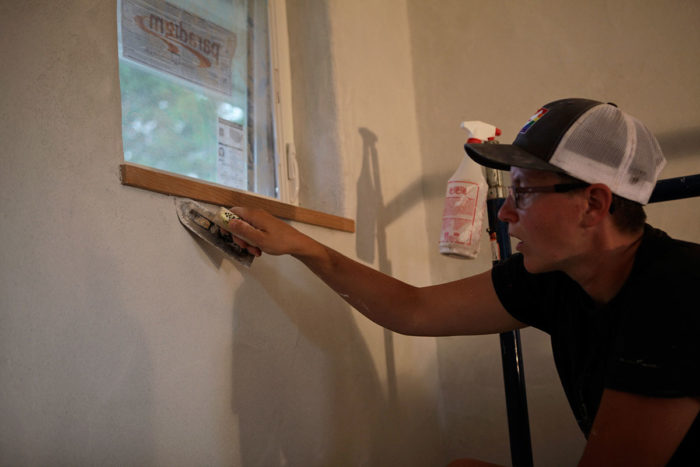 Lime plastering has a long history in Japan, where they’ve developed a lot of different trowels to do the job. The ones used in this process are midsized and have triangular points up front and square ends in the back. These particular trowels are made of stainless steel and are very flexible. Their small size and flexibility makes them ideal for getting into tighter spaces, and for putting the finishing touches on small areas. They’re great for rounding over outside corners, and for detailing areas where two outside corners meet. They’re also good at setting the mesh tape on inside and outside corners, and smoothing out edges after removing tape screed lines from the ceiling, trim, and windows.

These trowels come in metric sizes, so be sure to do the conversion before clicking “buy.” A 120-mm trowel is almost comically tiny (ask me how I know). For most jobs, a 210-mm trowel will do. 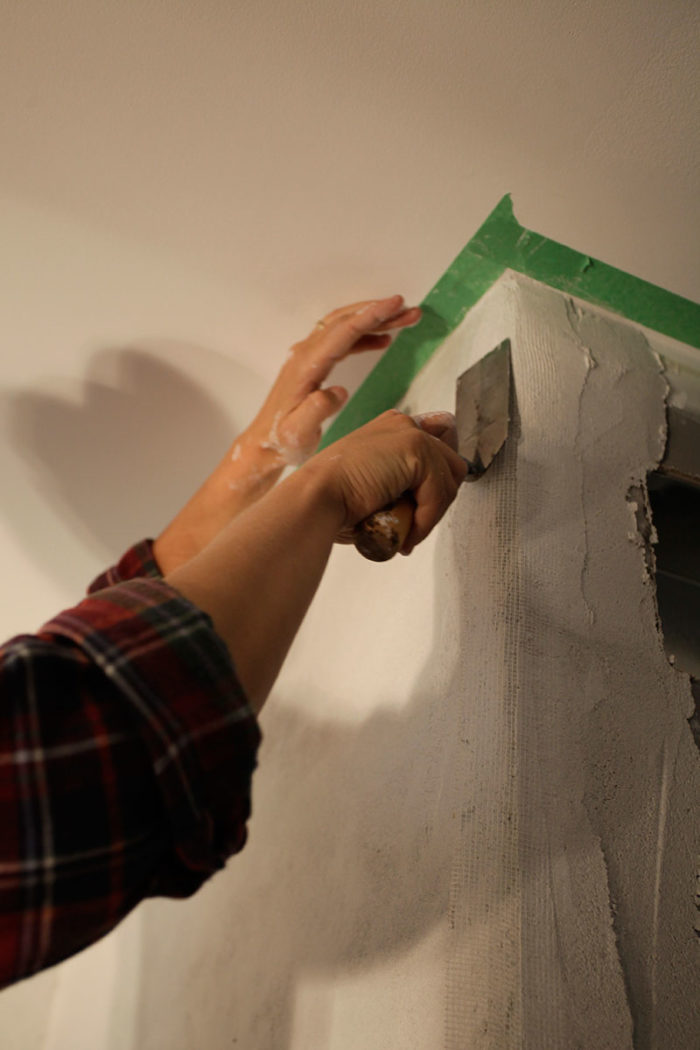 Typically used to get small amounts of material into narrow areas, margin trowels are useful for setting fiber mesh tape in inside and outside corners. The trowel’s long, narrow blade sticks out from the handle, allowing it to access tight spaces that larger trowels can’t reach.

For more on plastering:

Learn how to use Chief Architect 3D design software to take a kitchen transformation from the as-built drawings to the final renderings, plus get tips for living-in-place designs.