Two Saws Are Better Than One

My first cordless tool was a Makita 7.2v drill I bought way back in 1987. On its first day on the job, my helper scoffed—then he tried the tool. That afternoon, he bought his own. Lately I’ve been trying out Makita’s modern 18v cordless line, and the new tools are almost as revolutionary as my first cordless drill. In my work as a remodeler, I’ve been using the 18v XSH06PT 71⁄4-in. circular saw and the XSH04ZB 61⁄2-in. circular saw nearly every day. Both tools are so good that I almost never use my corded saw.

This saw is a standout in that it’s not a standout—it works like I expect a corded saw to work, but with no dangling cord to accidentally cut (don’t ask if I’ve done this before) . It wouldn’t be my front-line saw if I were framing a house, but for the remodeling work I do, this saw has become my daily driver. Like the 61⁄2-in. saw (below), the controls and scales are spot on. Despite the added weight of a second battery, I like the balance and it has enough power to get through 13⁄4-in. LVL with little trouble.

You do have to cut thick material in a straighter line than with most corded saws, but that’s because the cordless saw’s thin blade leaves a narrow kerf that binds if you wander off your line. That’s more a skills issue than a tool issue in my book. The pair of 5-amp/hr batteries included in the kit ($350) spin the blade until lunchtime, then into the two-bay charger they go, and they’re raring to go by the time I’ve caught up on email, drowned my Twinkie in coffee, and strapped the tools back on. 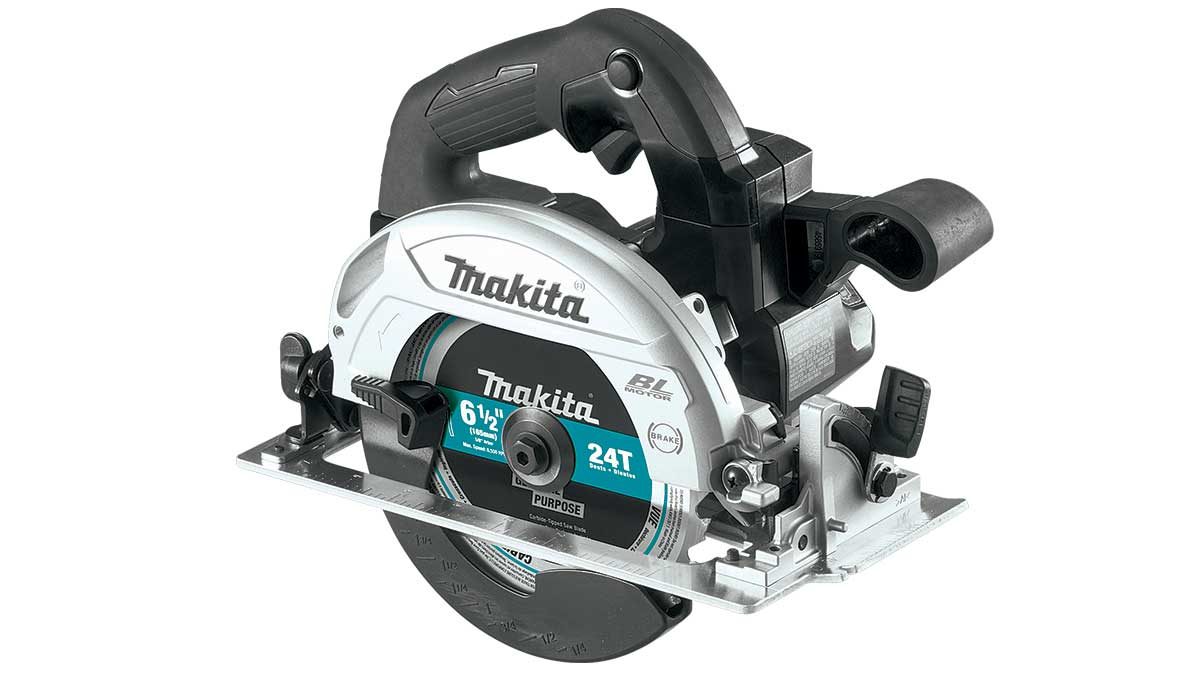 The 18v, 61⁄2-in. subcompact circular saw only accepts one battery and so its run time is somewhat limited, but this minor flaw is compensated for in two ways. First, the saw weighs practically nothing (6.4 lb.), and second, its balance is perfect. This makes it my go-to saw in those awkward situations when I need to make a cut on installed materials, such as the end of a rake board, or when trimming a deck’s worth of boards to length. The bevel and depth-of-cut mechanisms and scales are easy to use and precise —it just feels like a quality tool. The bare tool sells for $180. 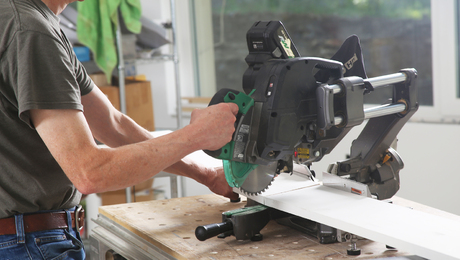