Right Windows for the Perfect Wall

A cost-effective, alternative installation for a house with exterior insulation.

“I set out to invent some new residential construction details that would optimize the constructability, cost effectiveness, and aesthetics of Joe’s wall.” 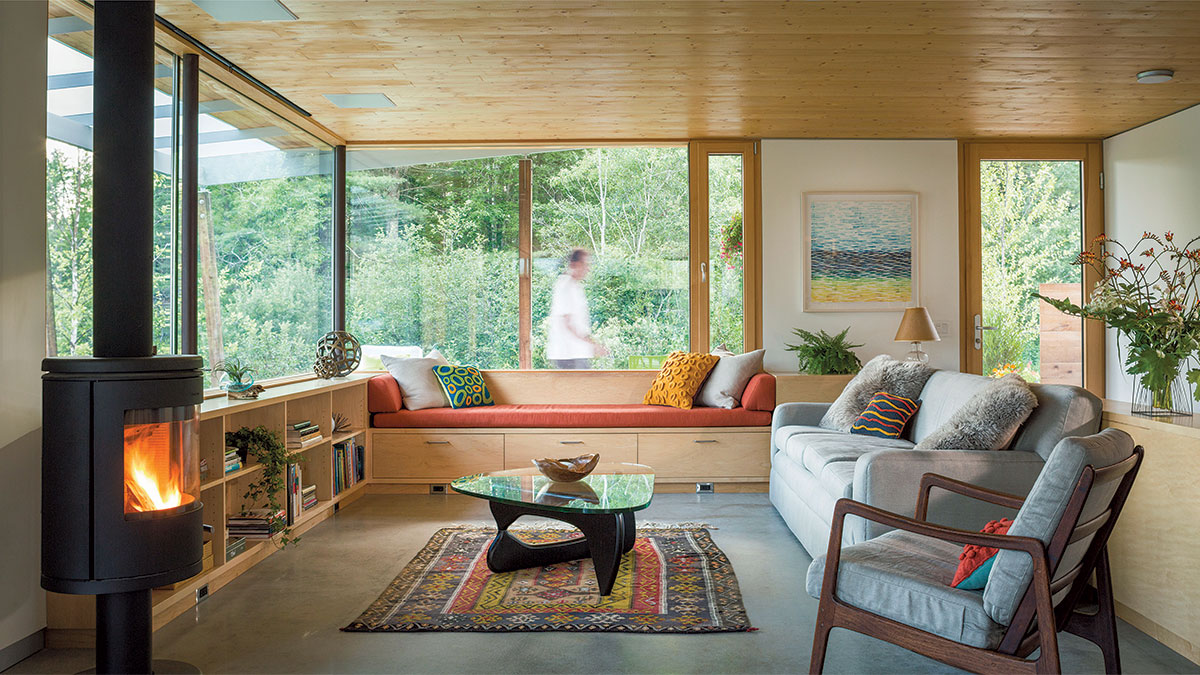 Charged with designing a cost-efficient near–Passive House in climate zone 4, Harry Hunt Architects looked to building scientist Joseph Lstiburek’s “Perfect Wall,” which includes exterior insulation and puts the air and water barriers inboard of it, on the outside face of the sheathing. Rather than doing “outie” windows and doors with deep window bucks or structural extensions—a common choice among Vermont builders who use Lstiburek’s assembly—Hunt opted for innie openings, which put the window flanges against the sheathing. This method, he says, is more cost-effective and easier to build. It also has aesthetic implications, particularly in New England where tradition calls for windows at the face of the wall.

There’s a perception that deeply set windows and doors are a modern-style design element, but Hunt proves they can work in a farmhouse vernacular, too. He feels that this home’s “traditional essence” has much to do with the window proportions and composition, and that where the openings sit in the wall does not diminish that. Additionally, he believes the more depth a facade has, the more interesting it is; and innie windows and doors add depth by creating shadowlines and breaking up flat planes. 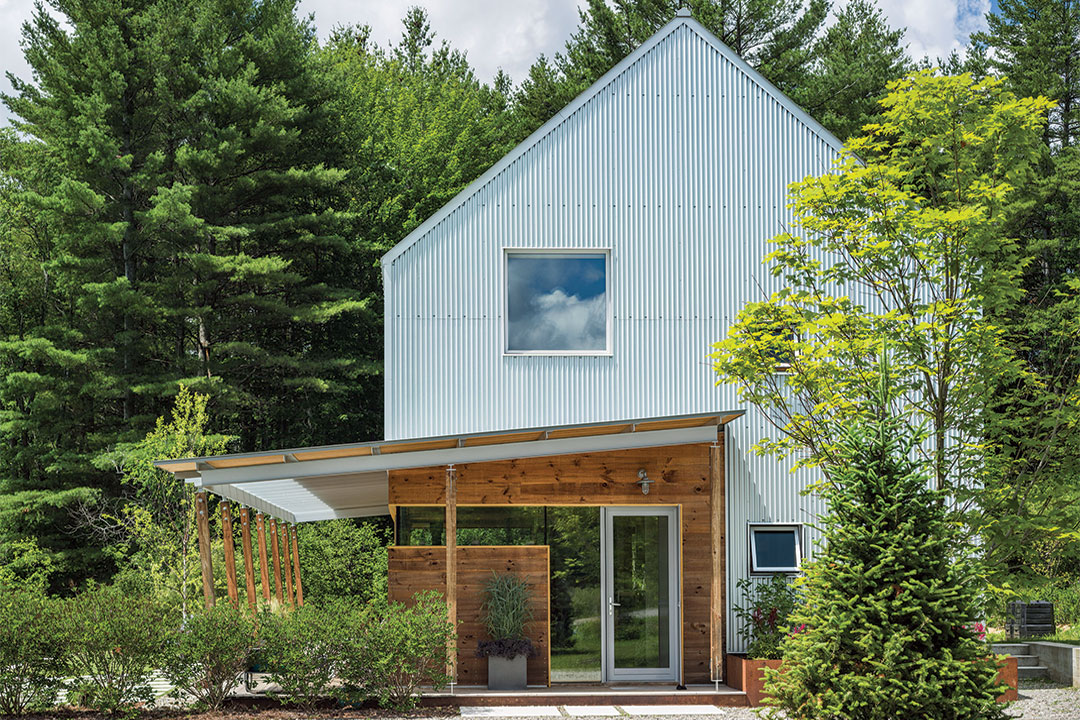 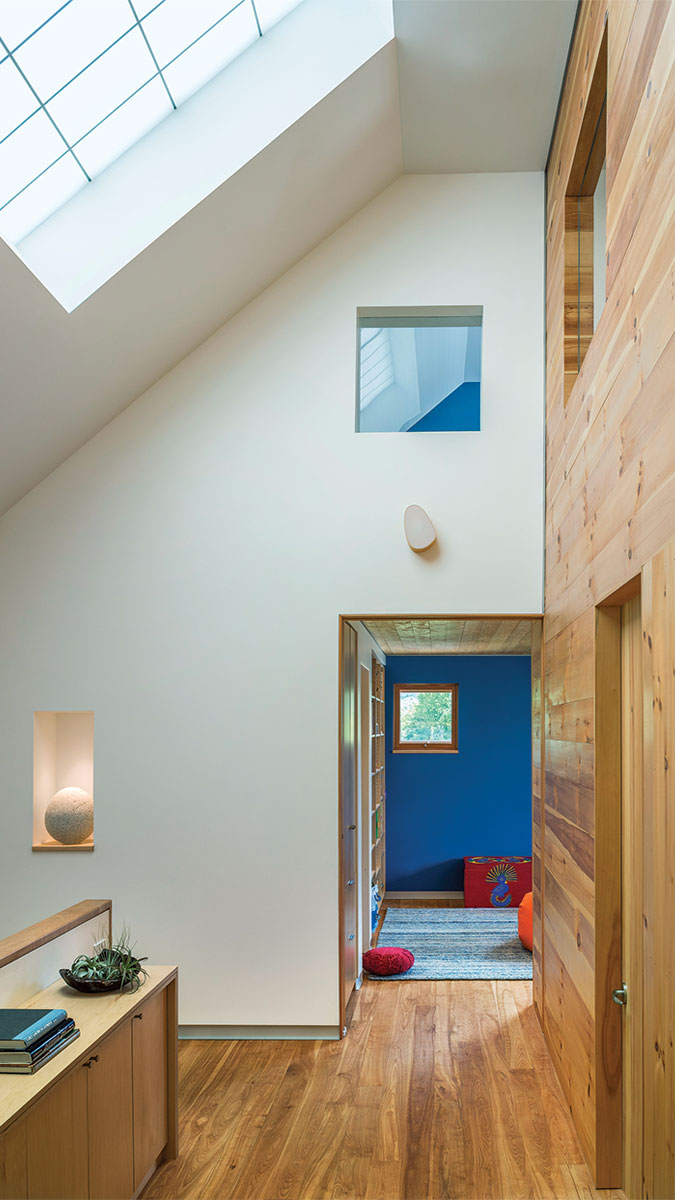