The Smaller, The Better

Architect Nir Pearlson designs a compact, sustainable home on the edge of an Oregon hamlet.

“Whenever the client had the option to make it bigger or smaller, she typically chose to go smaller.”

After a number of tries to buy land, this homeowner finally found the right property—and the right architect, Nir Pearlson. The two clicked. He appreciated her sustainably-minded, well-articulated vision, and she valued his sensitive design expertise. Working together with builder Amal Stapleton, the 400-sq.-ft. dwelling took shape. 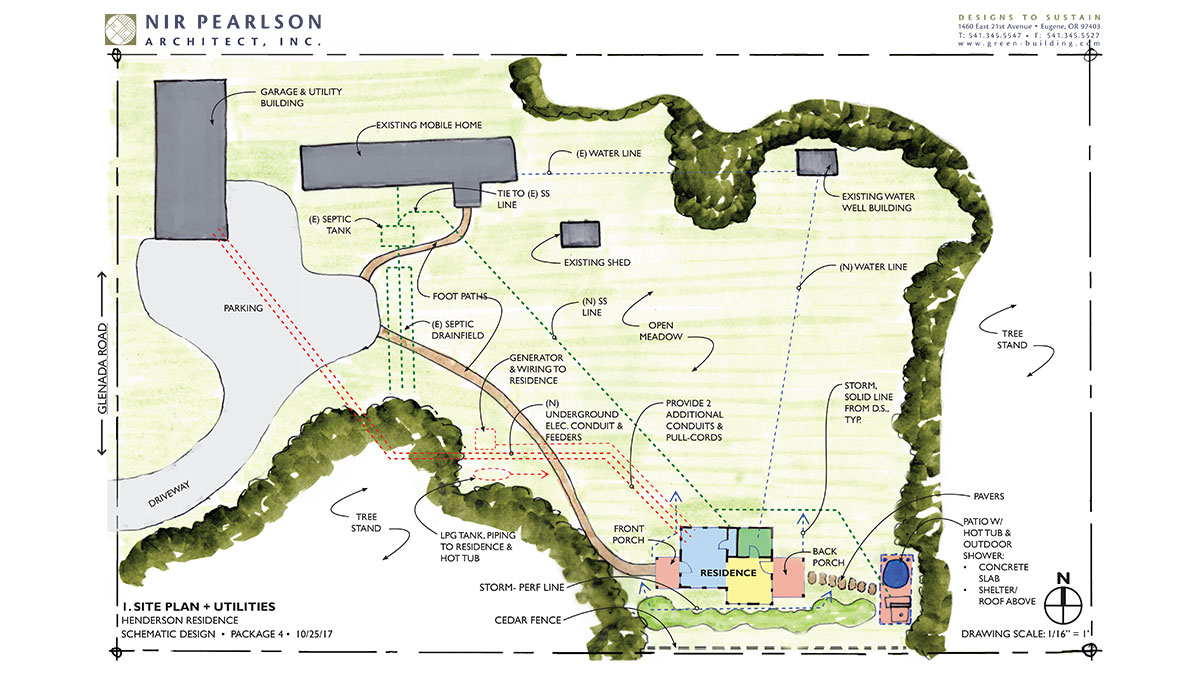 Set back toward the east end of a rural lot on the Oregon Coast, the home looks and feels more remote than it is. Its orientation on the site takes advantage of the prettier aspects of the setting—once inside, trees block views of neighboring houses and outbuildings. 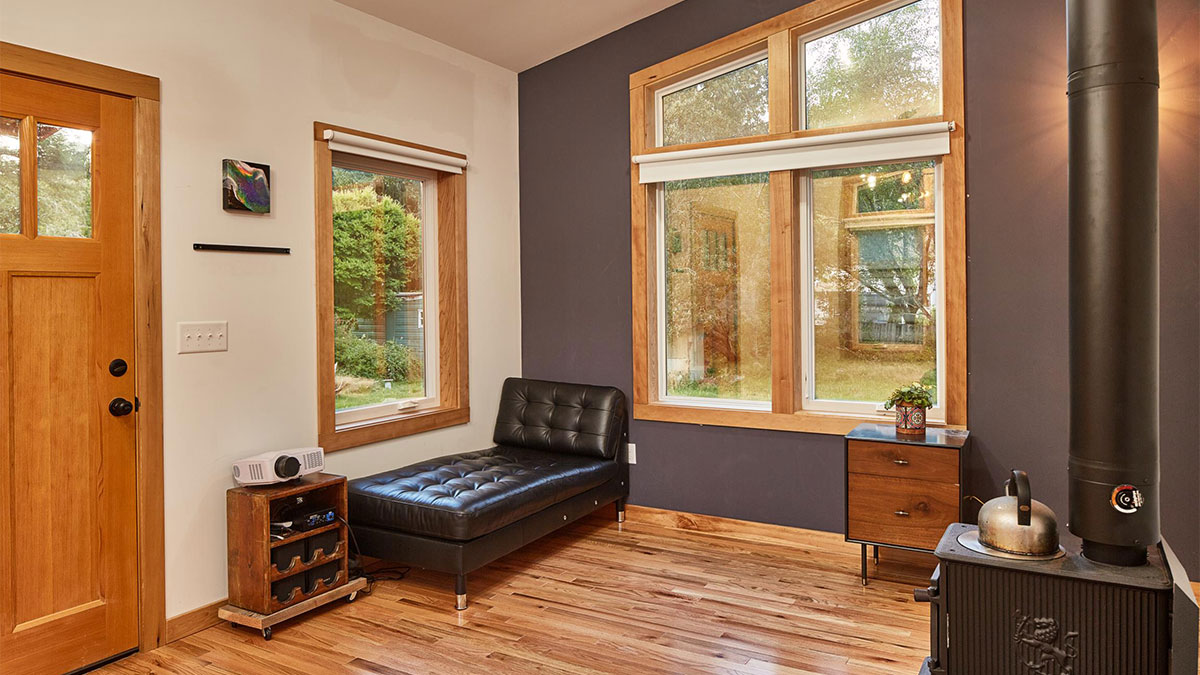 The intent was to build a simple structure for one occupant. It was to have a small ecological footprint and maximum functionality. Connection to the outdoors, ample daylight, and natural materials—most of which took the form of native Douglas fir—were priorities. Another consideration was the need for a structure under which the client could park the van that houses her mobile veterinary business. Pearlson was also asked to keep future plans in mind; they include the addition of an outdoor living area and a covered hot tub, both of which informed the layout. Additionally, he added blocking in the framing to support the potential hanging of an indoor hammock.

Thought was given to installing a composting toilet but county regulations mandate a septic system, which would have complicated matters and taxed the budget. “The client was very pragmatic about it,” Pearlson recalls. “She was committed to sustainability but understood there are diminishing returns on certain things, so she had to pick and choose.” She did opt in favor of a high-efficiency mini-split HVAC and a mini on-demand water heater. Exterior insulation was also considered—though not required in Oregon, Pearlson uses it on most projects. “After discussing its cost and merits, we decided not to use it,” he says. “The budget was a very informing feature of this house.” 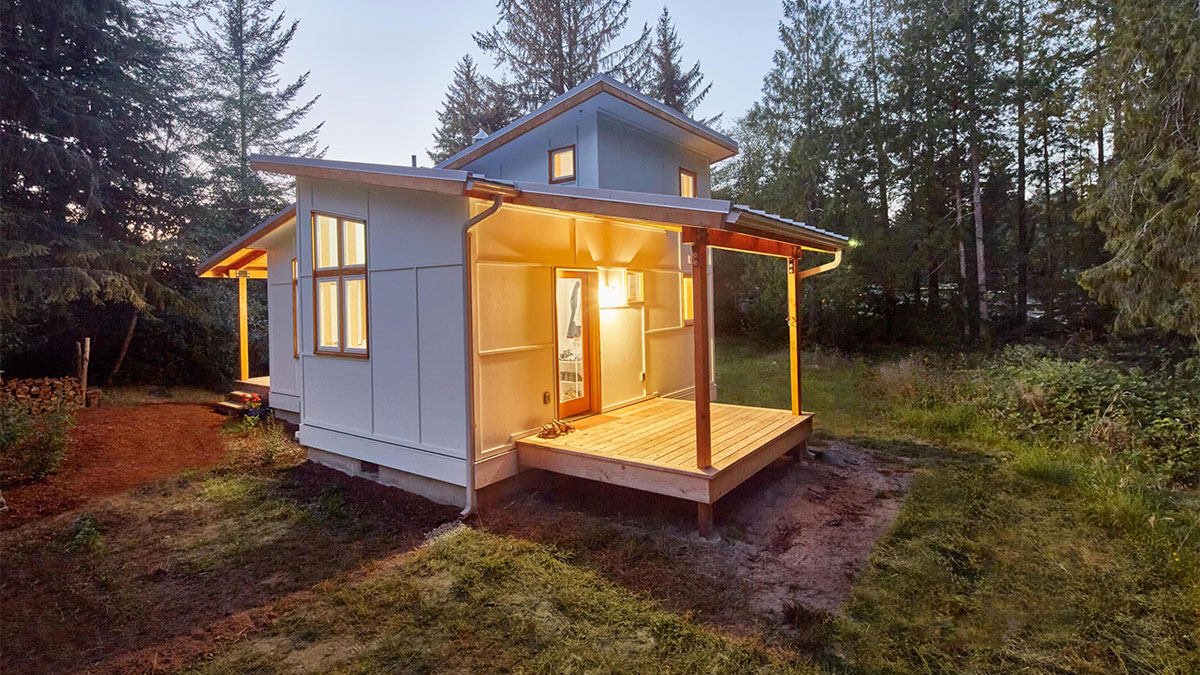 Design wise, the roof is of special note. Its two opposing planes slope in different directions, which meant the detailing and flashing required some level of expertise for which Pearlson had to go outside the immediate area. “It took a while to find a roofer who was comfortable with more innovative forms,” he notes, adding that the framing was a bit different, too, with beams located one above another. The upward lift of the roof brings in daylight and views, and its slope shelters two porches. The challenge was to achieve those things while keeping the build simple and giving it some architectural interest.

Toward that end, the 4-ft. by 8-ft. sheets of Hardie fiberboard create a simple pattern for each elevation. Pearlson describes them as “almost Japanese” in style, saying they, too, are meant to create interest without adding too much complexity. Another notable exterior element is the window trim detailing, which was given a minimalistic treatment—only the thin edge of the jamb extensions is visible; the siding dies into the trim for a clean-line look. 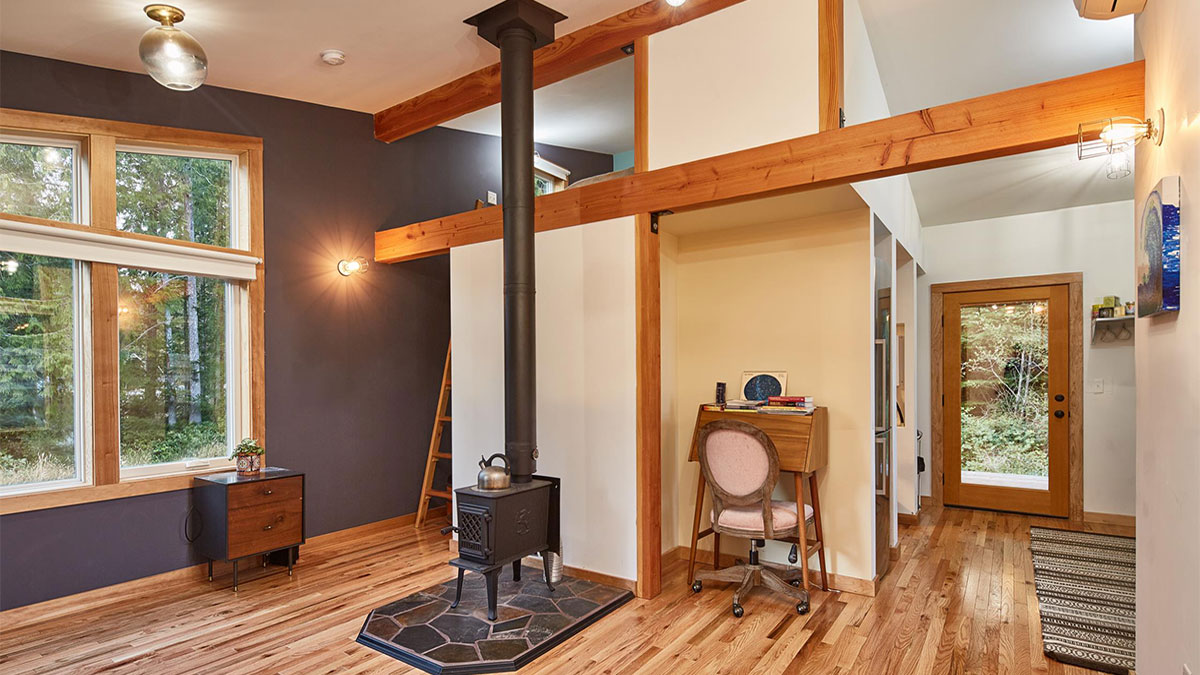 On the interior, the space is essentially two intersecting rectangles comprising the kitchen and the living area, which are anchored with a central wood-burning stove. Pearlson explains that the kitchen is essentially a small bump out. “We ended up with something that feels more dynamic than it is in terms of the construction,” he says. “By pulling the kitchen out by 4 ft. and creating two intersecting roofs that expand out, plus the loft—these simple things create a lot of movement for so small a space.” Vaulted ceilings, exposed timber, and multiple windows in all directions heighten that effect. 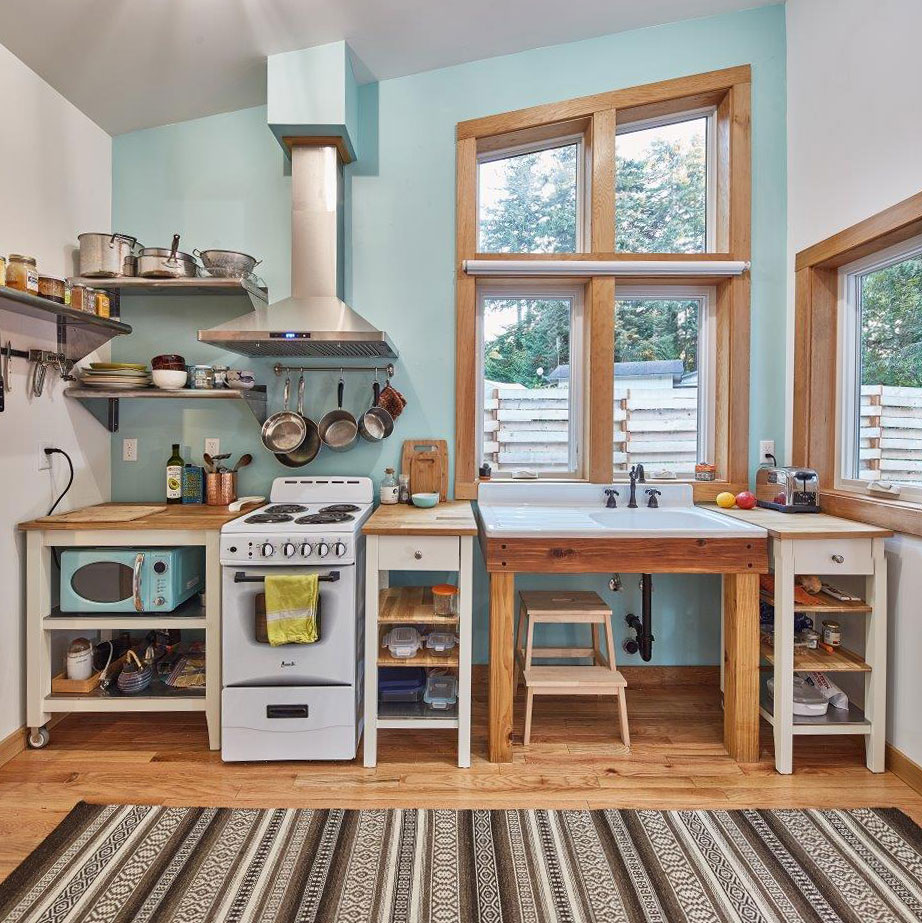 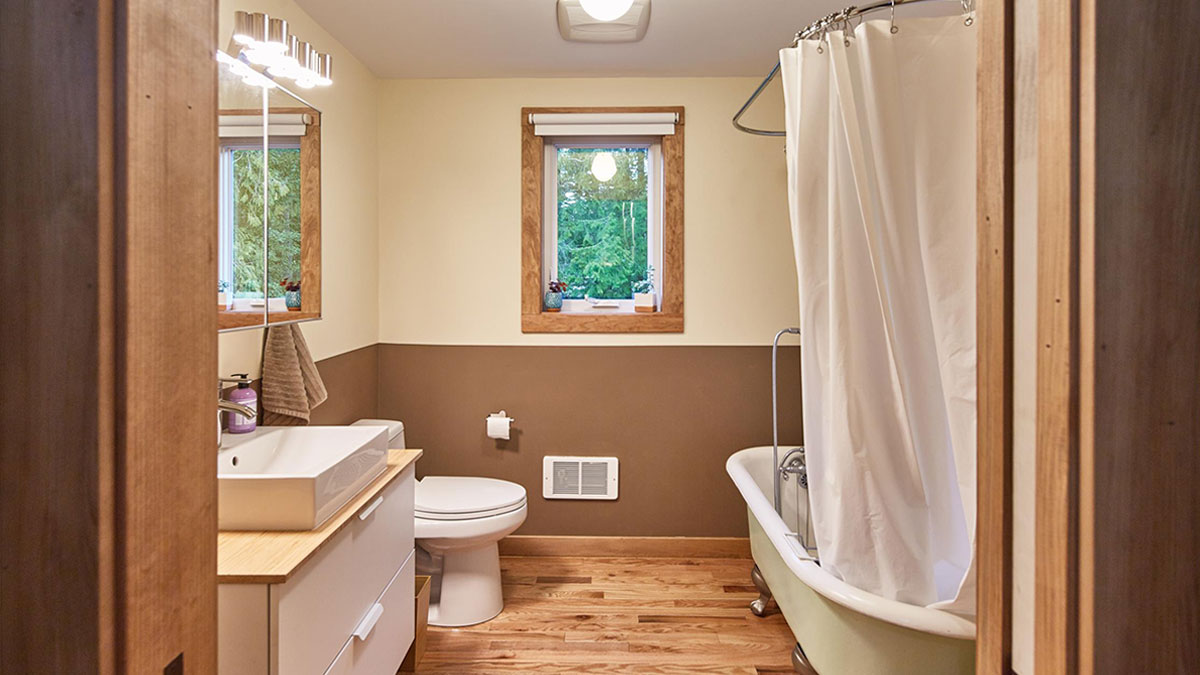 The kitchen was a place where the homeowner got crafty to keep the budget in check. Rather than true countertops and cabinets, she mixed and matched freestanding pieces to create surface and storage space. “Cabinetry is one of the most expensive items in a house,” Pearlson notes. “She was able to circumvent that cost with pre-made units.” The same idea was at play with the antique claw-foot tub, which required straightforward plumbing and zero embellishments.

All told, this project is a study in efficient design. It is at once thrifty and attractive, pragmatic and special. Or, as Pearlson puts it: “From resource extraction to construction impact to total energy usage over the building’s life cycle, this small home provides a beautiful, functional, and comfortable template for environmentally-conscious living.”