When it comes to cutting-edge technology, a mat slab fits the bill in several respects. Though little known 10 years ago, today mat slabs are a standard solution for building sites with difficult soil conditions. Typically reinforced with a double layer of rebar throughout its pad, a mat slab is capable of bearing loads at virtually any point and distributing heavy loads across an expanse of weak subsoil.

Mat slabs are particularly well suited to sites on moderate slopes, or where you will  be cutting the building pad into a hillside. In  the project shown here, mat slabs poured on several levels were a much quicker and more affordable alternative to drilled pier and grade beams because the slab did not require footing excavation and expensive pier drilling. The mat slab only required forms on the outside perimeter, cutting forming costs in half. The engineer determined that a tee footing was not a viable option given the soil conditions and hillside location. 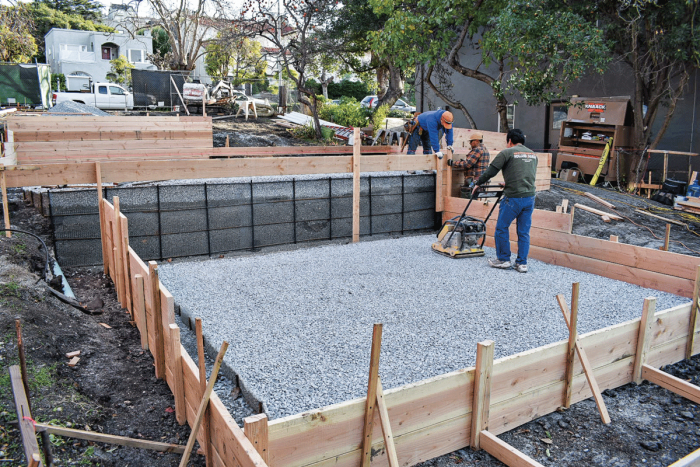 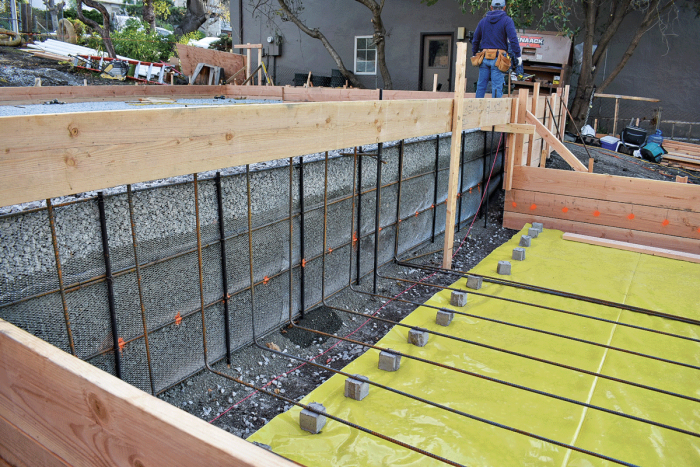 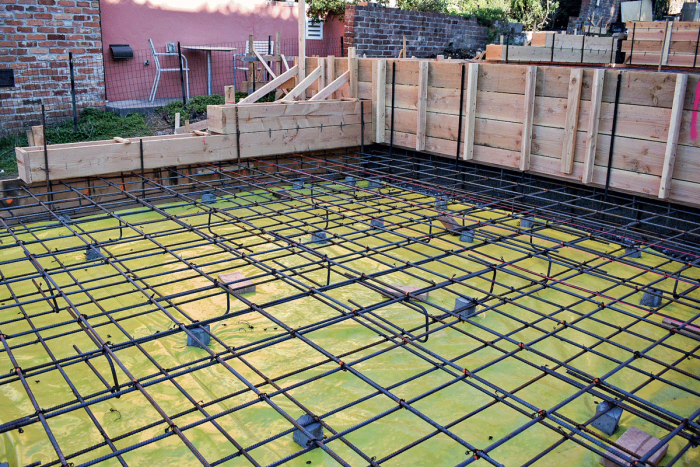 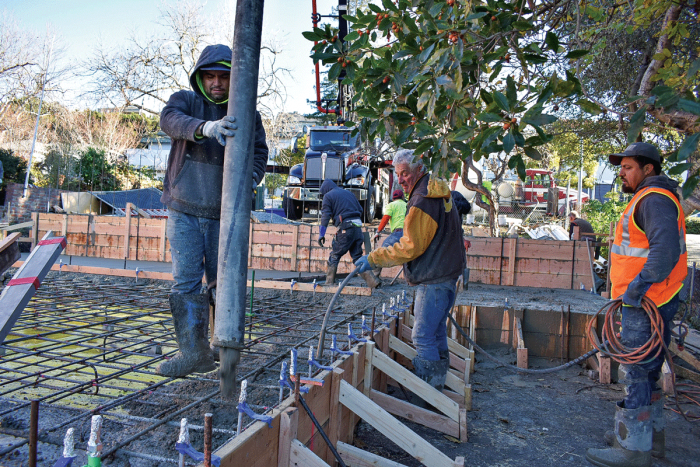 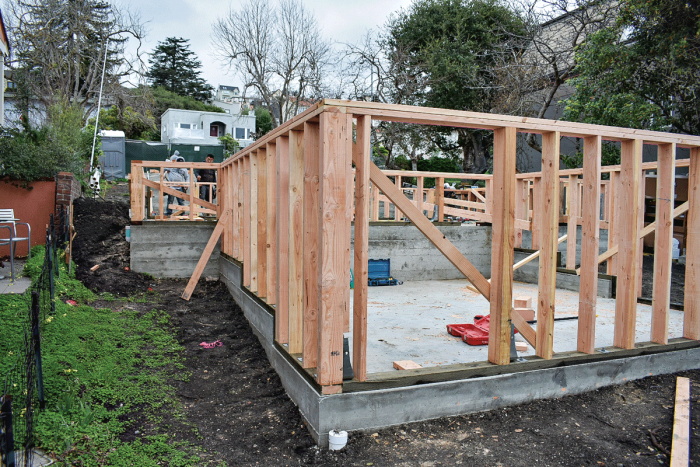 This blog was adapted from Renovation 5th Edition (Taunton, 2019). A hefty 656 pages, R5 is a trove of pro tips and techniques that builders shared with me over four decades, plus roughly 1000 photos taken on job sites across North America. I hope you find it useful. – Mike