Windows are still a weak link in a home's thermal envelope, but innovative insulating glass units promise better performance in the future.

Synopsis: Since the introduction of the insulating glass unit (IGU), there have been steady advancements in window assemblies that improve a home’s thermal performance. Contributing editor Scott Gibson describes the progression of IGU design, from the invention of low-e coatings and where they are applied, to the addition of glazing beyond double panes, to suspended films and different types of insulating gas and gives a glimpse into future technologies.

Andersen Windows’s 1952 introduction of their welded, insulating glass panel was a big deal. Consumers could buy an assembly that married two sheets of glass and an insulating layer of air in a single product. For untold numbers of homeowners, Andersen’s commercial launch meant an end to the drudgery of storm windows. More important, it was the start of an industry that in the last 70 years has incrementally improved the thermal performance of windows several times over.

Multipane insulating glazing units, or IGUs, combine metallic coatings and inert gas fill in assemblies that make houses more comfortable and lower heating and cooling costs. By tweaking the characteristics of low-emissivity (low-e) coatings and applying them selectively, glassmakers can customize IGUs for specific needs and climates. But, even with the best coatings and gases, glassmakers are fighting an uphill battle.

The best glazing makes a poor insulator when compared to the exterior walls of a high-performance house. Walls in an energy-efficient home might be rated at R-40, for example, while the high-quality triple-pane windows might have a U-factor of 0.15, the equivalent of just R-6.6. The 2018 International Energy Conservation Code calls for a minimum U-factor of only 0.32—roughly R-3—for windows in even the coldest parts of the country.

At the same time, work continues on new technologies that could make better windows more widely available. Innovations include triple-pane designs with an ultrathin center pane, suspended-film units with as many as eight internal layers and a center-of-glass insulating potential of more than R-19, and vacuum insulating units nearly as thin as a single pane of glass. 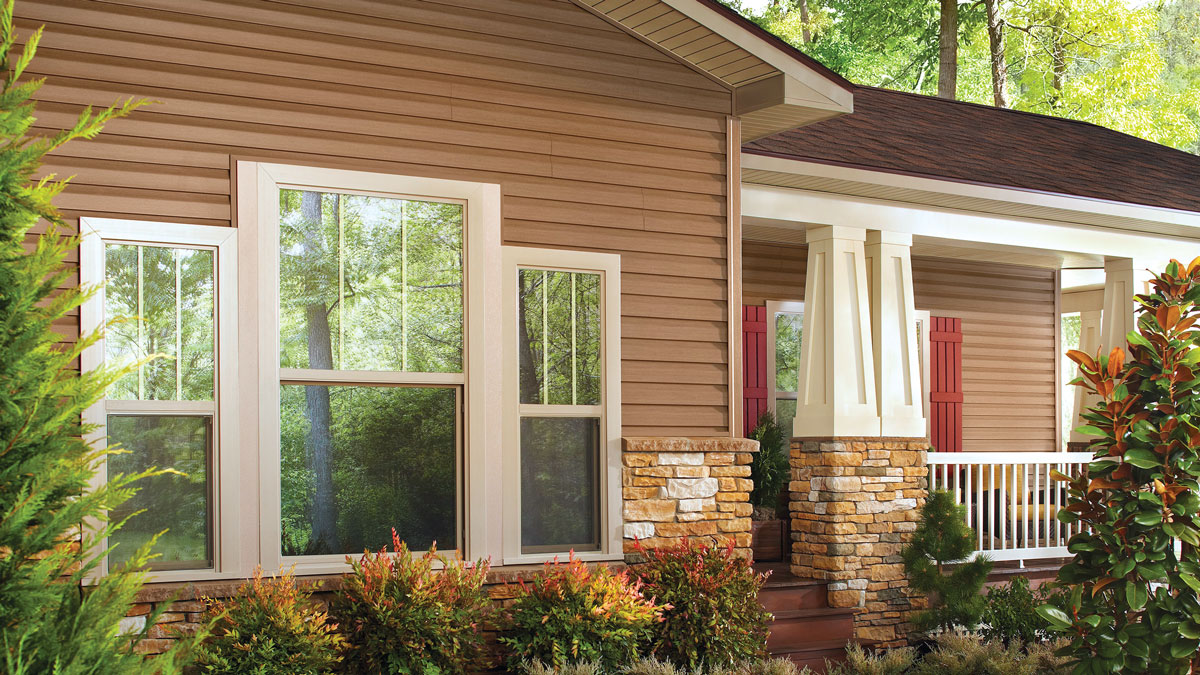 U-factor A measurement of the rate at which heat is transmitted through a material. U-factor is the reciprocal of the R-value—to get the R-value equivalent, divide 1 by the U-factor. Lower U-factors mean a higher resistance to heat flow and better thermal performance. A low U-factor is always desirable.

Solar Heat Gain Coefficient (SHGC) The fraction of solar radiation that passes through the glazing. The SHGC is a number between 0 (no transmission) to 1 (unrestricted transmission). Windows with low SHGCs are recommended for hot, sunny parts of the country to keep heat out of houses and lower cooling costs.

Visual transmittance (VT) The fraction of visible light that gets through the glass, also a number between 0 and 1 with higher numbers representing greater light transmission. This rating is often surprisingly low, but that’s because whole-window ratings include the frame.

What low-e coatings did

For all of the benefits of Andersen’s welded insulating glass, it had some limitations. The introduction of low-e coatings in 1982 was the next big step forward. Exact formulations of these coatings vary by manufacturer, says Steve Urich, director of programs for the National Fenestration Rating Council, but they all are microscopically thin layers of metal that reflect radiant energy back to its source—either inside or outside the window.

here are two methods of applying the coatings, called hard coats and soft coats. Hard-coat applications (also called pyrolytic coatings) date from the late-1990s and are still in use. The coating is applied to the surface of the glass as the glass is manufactured—it’s essentially baked into the surface. It can’t be scraped off. 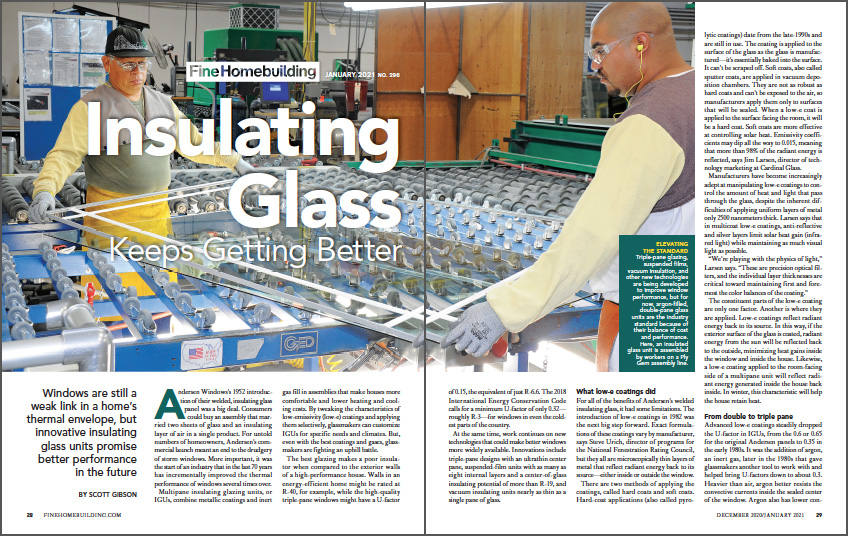 Watch remodeler Josh Oduin demonstrate how to embed premade corners and banding in thinset to waterproof a new shower before tiling.