The electrical code offers two alternatives for wiring these receptacles—here's why.

We just had an electric dryer delivered to the job, and it had the option of being wired to either a three-prong or a four-prong plug. What’s up with that?

Cliff Popejoy, a licensed electrical contractor in Sacramento, Calif., replies: Normally the electrical code doesn’t provide a lot of latitude on how to wire receptacles, but in this case, it does.

A dryer circuit is typically 30 amp, and supplies both 240v for the heating element and 120v for the electronics, motor, and light. (Check the nameplate or cut sheet for the dyer; some European-type dryers may have other power needs.) Prior to 1996, the National Electrical Code (NEC) allowed 240v dryer circuits to be run on cable with three wires—two hots and a ground. Now, for new construction, the NEC requires a four-wire circuit with three insulated copper wires (two hots and a neutral) and a bare copper ground wire, all 10-gauge.

If the circuit supplying the dryer has four wires, you install a four-slot receptacle (designated NEMA 1430R), and use a four-wire cord set with a matching four-blade plug. If the existing dryer circuit has three wires, you install a three-slot receptacle (NEMA 1030R), and use a three-wire cord set with a matching plug. The neutral and grounding wires have to be connected inside the connection compartment of the dryer where the cord is wired in.

Why can a dryer be wired either way? The modern configuration, four wires, has separate ground and neutral wires. It’s safer to have a separate ground wire; if there’s a problem, like a loose or worn hot wire that touches the metal housing of the dryer, current will flow back to the panel on the grounding wire and trip the breaker. In the older, three-wire configuration, the fault current will flow back on the wire that serves both as ground and as neutral. If that wire is intact and the connections at the dryer and the panel (and any in between, if the circuit has been extended because the dryer location was moved) are good and solid, then the breaker will trip. If that wire is damaged or a connection is bad, the housing of the dryer may have 120v on it, presenting a shock and electrocution hazard. So why not require all new dryers to be wired for a four-wire receptacle and plug? Cost. Replacing your dryer in a pre-1999 house would require a new, four-wire cable to be run from the panel to the dryer. Is a three-wire set up a lot less safe than a four-wire? No, so don’t lose any sleep over it. 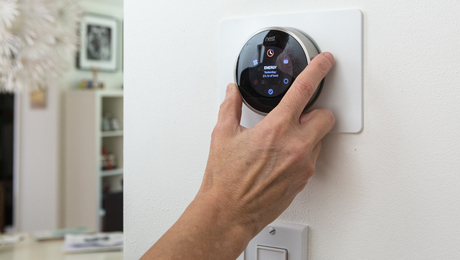 After restricting access to the Nest thermostat in 2019, Google has a change of heart.