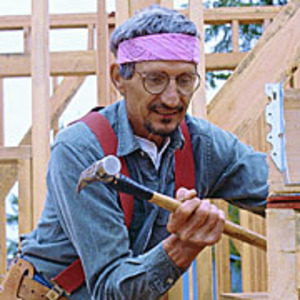 Larry Haun began his building career on the Nebraska prairie, where at 17 he helped to build his first house. In 1950, he began framing in Albuquerque, N.M., and in 1951, he joined his older brother in a Los Angeles building boom that brought about rapid change in tools, materials, and building methods. Later, seeing a need for passing on production-framing techniques, Haun began teaching two nights a week at a community college-and stayed there for 20 years. He retired to Coos Bay, Ore., where he built houses for Habitat for Humanity, wheelchair ramps for low income homes, and backpacked in the High Sierras, the Rockies, and the Andes.