Just came back from a meeting with an Architect. Thought, instead of taking it out on my crew, I would share with you all. Scene: Project Bidding Process. The A has over designed and we need to bring the cost of the job down by 15%.

1. It’s a small job so I did not include a line item for General Conditions. This usually applies to jobs which will last over 4 months. It customarily includes variables such as dumpster costs, site protection, snow removal, etc. The A proceeds to tell me that my P&O is equal to the other GC’s Gen. Cond. plus P&O. Did he expect me to calculate a line item and then subtract it from the contract price? No matter how you dress it up it’s still there.

2. The A thought that it would also be a nice “gesture” to lower my P&O. “After all, the Client is willing to not do a few of the things she originally wanted. It’s only reasonable that I give in a bit too.” I would like to use this logic whan I am buying a car or at a restaurant – “Since I can’t afford to order everything I like on the menu how about a discount?”

3. I was then told to revise my bid, showing ingeneous ways, clever tricks, and names of other supply sources offering same materials at a discount, to lower the final cost. Yeah, right. How about if provide free consultation on a continuing basis while another cheaper/ less experience GC does the job. I told the A that I could trim the price proportional to how they decided to trim the Scope of Work. Sign me on as the GC by giving me a non-refundable deposit (10%). This reserves my “time window” for the project, in 3 months, and insures that I am compensated for my efforts involved in cost cutting. The Client can still go to another contractor if we can’t agree on a price but with a 10% cost. I customarily only submit one Bid Proposal and will do some slight revision to one or two items. People have suggested that I charge $X for a second and third Proposal but I am in the buisiness of building, not estimating jobs and dispensing cost cutting ideas to anyone who asks.

4. What do you think? When a Client or Arch is comparing your bid proposal with another GC’s, is it improper for you to only engage in this comparison discussion if you have the other GC’s Bid Proposal in front of you? At the last 5 Bid Proposal reviews I went to, they were so bold as to actually have the other GC’s proposals in front of them for the comparison. So many times they are looking at the bottom line and not reading what is in the text of the Scope of Work.

5. I understand that it’s the Client’s role to get the lowest price possible. Hey, if you knew that you might be able to save $$ by just asking you would be a fool not to. It might be the most profitable 5 seconds of your life. But having written all this I further realize that Client Management begins with the first telephone call. How the Agreement is negotiated sets the precident for future negotiations.

6. I was highly recomended by another A but the Client still wants more referances. If it was a million $ job I would say sure, fine. But for something this small I try not to ask for another referal (arch or Client) preferring to ration them to the larger jobs. I have found referrals have a cost (Oh I’m so glad you called. Would you be a dear and fix XYZ? I have guests coming and…) and as a rule my Clients have never let anyone walk through their homes (very private people – sometimes confidentiality agreements are required) and I am not permitted to give out their tel. #. Having the old Client call the new one is a coordination nightmare and only worth it on larger projects.

Glad to get this off my chest. Please comment and offer alternatives. 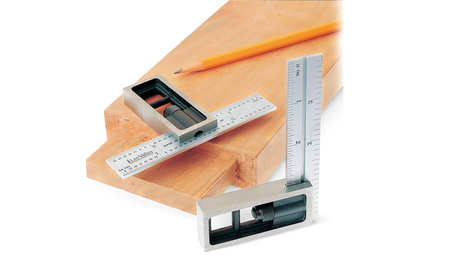