I was looking at foreclosed house. It was currently being remodeled when foreclosed on. New doors, paint, kitchen cabinets.

And some years past there had been an addition and the bathroom was moved into the addition.

There where separate doors into old basment and the one for the addition.

However, after they entered the addition they where BLACK.

Not like they had been painted. But rather a dull black. Like the black oxide finish on some tools.

The light was not good and did not have a ladder to get up close, but it looked like there was the orginal markings on pipe showing through the “finish”.

After it feed that bathroom it went to a 1/2 bath in the MBR. That few feet of pipe looked like same old tarnished pipe that was in the old basement.

I am speculating that it was added later, just because of the different in pipe color.

I wonder if there was some kind of chemical in that basement that could have caused that.

.
William the Geezer, the sequel to Billy the Kid – Shoe
Reply 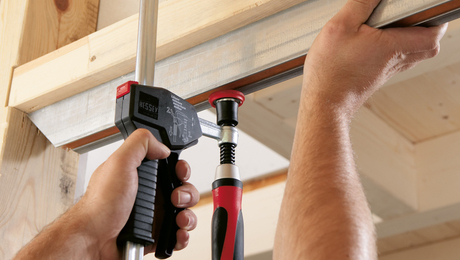 One-Handed Clamps for Remodeling and Construction

Trigger or squeeze clamps are the go-to choice for home builders because of their convenience, versatility, and powerful grip.