I framed an addition today next to a house that had driveway pavors continuing into a sidewalk and the driveway apron. Has anyone ever seen this before? I haven’t. 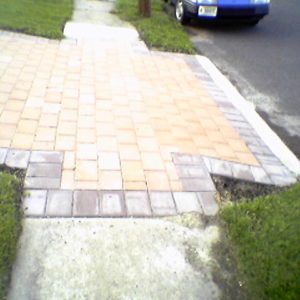