I’ve had this PC 7406 4.5″ angle grinder for many years, and it it had performed flawlessly despite a lot of dust, hard use, and abuse.  Still no signs of arbor play or slowing down in its old age. One of my favorite tools.

Recently, I went to remove a threaded grinding disk, and the arbor lock gave way under the load.  I did not think the load was particularly excessive in this case.

I took it apart, and found that the metal gear housing had cracked badly on the inside around the arbor lock pin, and part of the wall that holds the top spindle bearing broke away with it.

I ordered up a new housing, bearing, arbor lock parts, and will be out about $30 repairing it.

Don’t let it happen to you! 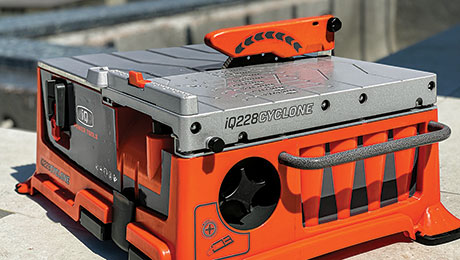