When someone gets hurt on the job

In noticing and posting on the last thread – tools broken by a laborer, it brought to mind my own thoughts on when someone is hurt on the job.  Remember, this is just a guideline, and obviously I’m not going to stop construction on the WTC rebuild, but when someone is hurt on my job, I will shut down people in the direct vicinity in a heartbeat, for 10-15 minutes, whether it’s near break time or not.  This approach lets all cool down from the injury, especially the injured.  I’ve noticed the domino theory when it comes to on-the-job accidents all of my adult working life.  One guy gets hurt, doesn’t want to seem the wuss, says “I’m alright!  I’m alright!” and wants to get right back to work.  This is when the dominoes begin to go.  After the initial rush to the wounded, others go into a little bit of trauma on their own, call it sympathetic.  They go right back to work with power tools, and a finger goes, or a ladder isn’t checked, and a fall occurs.  Proof is in the pudding;

About 7 years back, my boss had hired a new laborer to do some concrete prep work, on scaffolding, prior to pouring a bond beam with rafters (roof gone from hurricane).  Piddly stuff, painting the blue-bond, scraping the concrete slop from mortar joints, so on.  He’d set up the scaffolding on a pretty steep grade, next to the work, using concrete block, wood blocks, whatever was on hand, perhaps 25′  from where I was working, building handrails for a lower stairs at the main entry.  This entry was sliding glass doors which were to stay, so I had taped large ‘x’s across them w/ duct tape, as it was a high traffic area.  Well, his scaffolding walked.  We all have seen it, you’re busy working, moving, never thinking to look at the feet of the scaffold.  They walked right off his block, took an immediate drop of 2’ or more, tipping him off.  He fell about ten feet, landing on his feet, but scraping his side on the edge of the rigging, a nice 20″ scrape on his side, under the armpit, maybe a 1/2″wide.  He jumped up, cussing, and starts fussing the blocks back into place.  I’d seen enough.  I shut us down, checked him out at the first aid station (my truck), and told him about my theory.  Calmed him down, talked for about 15, then checked him out again, and we both headed back to work, me around the side to the lower area, he through the house.  I’m back at my spot, when I see him coming.  You guessed it.  He walked right into that slider, ‘x’s and all!  He boing’ed, left a perfect mouth, nose, and eyebrow mark on the glass, and got the funniest 5-year-old’s look on his face of “Where’d that come from?”, even though he’d been walking around it for days.  I pretended not to look, bit my lip, and didn’t say anything.  But I called him on it at the end of the day, and he agreed with my theory then!

Again, very subjective as to when the injury is bad enough, but it’s a sure thing that someone will try to top the first injury, in my experience.

“If left is wrong, then right is the only thing left, right?” 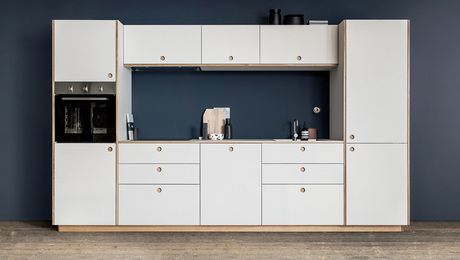