In the latest issue of FHB—there is a Breaktime discussion created by Blownonfuel about kickbacks. I tried to locate the discussion, but no luck.

Thought I might add my 2 cents: Kickbacks do happen even if we are careful to let the cut off end drop free. There are several elements that make a kickback not so dangerous with a wormdrive saw.

1. Make sure you are using a quality saw—like Skil, Bosch, Rigid.

2. A worm drive saw is heavier so easier to control than most sidewinders.

4. The gears of a worm drive saw are almost impossible to destroy no matter how many times the blade binds up and produces a kickback.

5. The way to wreck a worm drive is to hook it up to 100 ft. of #18 electric cord and do some serious cutting. The armature should get to smoking. 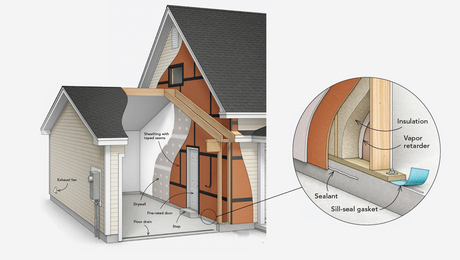