The Complete Guide to Building a Hardwood Deck

Synopsis: As part of Fine Homebuilding’s Project House series, host Justin Fink and builder Chris Aherns tackle a deck build. The main beam of this low-level deck rests directly on its concrete footings with no intervening posts. The ledger is dropped below the house framing and is fastened directly to the foundation using expansion bolts. Finishes include cumaru decking attached with hidden fasteners and a stainless-steel cable railing. Photo: Nat Rea

The Complete Guide to Building a Deck: Atlanta

The Complete Guide to Building a Deck: Annapolis

The Complete Guide to Building a Deck: Newtown

Sited at the top of a rise, Gloria and Walt’s house has a great view of a pond that’s surrounded by woods. The best place to take in the scenery had been the grade-level deck in back, but it was 30 years old and had seen better days. It was also too small to host a comfortable gathering. James Moffat of Hutker Architects in Vineyard Haven, Mass., designed a new deck with a similar low stance but increased the length by several feet and refined its appointments. Moffat envisioned the space as two distinct areas: one for sitting and the other for dining. The sitting area would be large enough to include future built-in seating. The dining area would fit eight easily and could expand for larger groups.

To accommodate the door that leads out to the deck, Moffat included a platform that serves as both a transitional landing and a great potential location for a grill.

In addition to the more common aspects of code-compliant deck building such as concrete footings and pressure-treated framing, this deck offers a few solutions to problems associated with low decks. Builder Chris Ahrens demonstrates attaching a ledger to a concrete foundation, pouring footings accurately, dressing up a deck with mitered skirtboards, and achieving a taut, clean-looking railing system. In keeping with the Project House tradition, Fine Homebuilding’s own Justin Fink stepped up to assist in the build.

Lay out and form the concrete piers

The first step was to locate and dig holes for the four piers that support the beam, then to lay out and attach the ledger to the foundation. The finished height of the piers was determined by the height of the ledger.

The location of the four piers was determined by subtracting the amount of joist cantilever (about 18 in.) from the overall width of the deck. When the pier locations were marked, Chris and Justin began to dig. 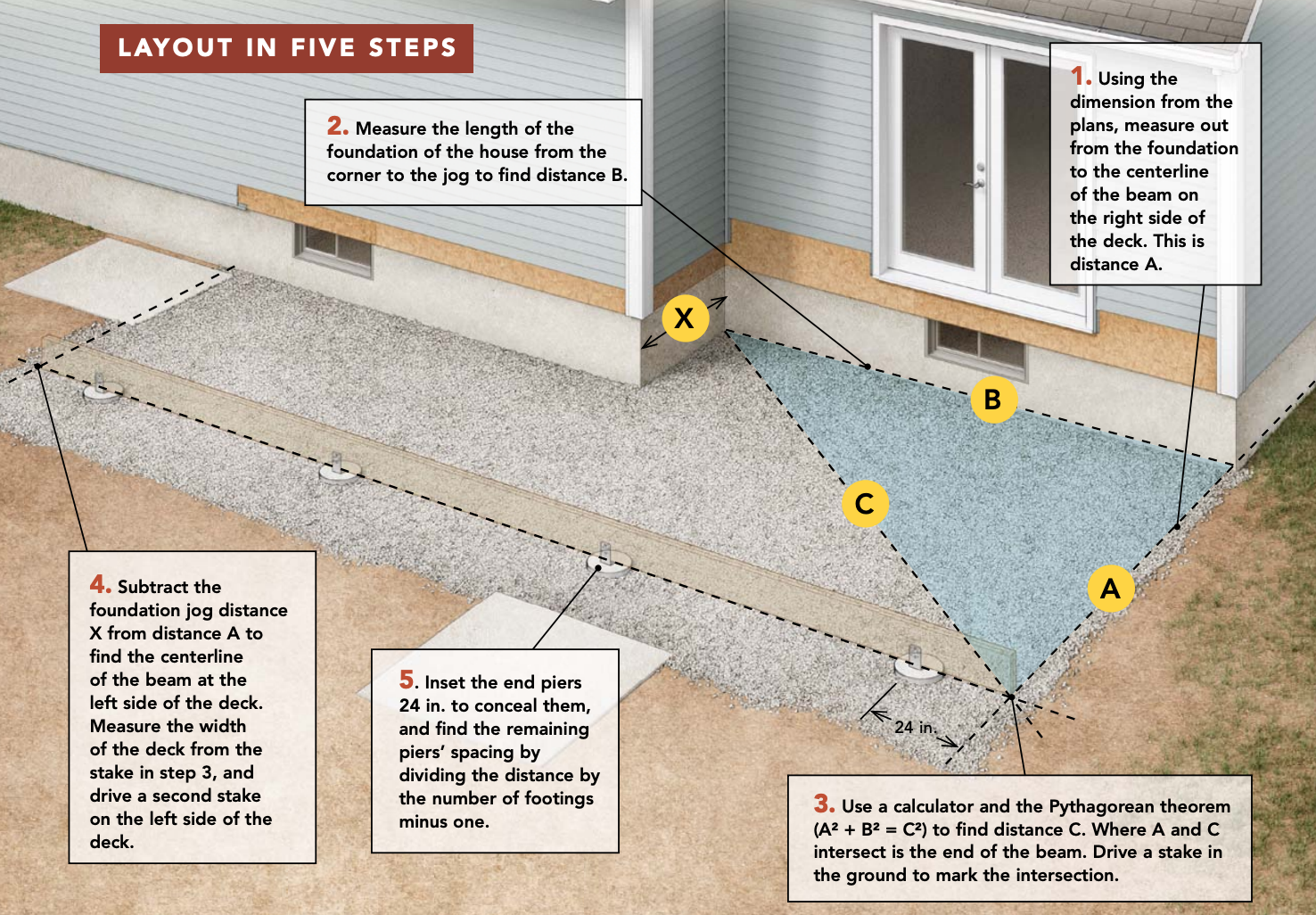 The height of this deck and its ledger was determined by the upper platform landing, which is one step below the doorsill. This meant that Chris would have to attach the ledger to the concrete foundation rather than to the house’s rim joist. For this, he used 1/2-in. expansion bolts and spaced them according to a schedule in the DCA 6-12. To avoid having a bolt location too close to a joist, Chris and Justin laid out the joist locations on the ledger before attaching it to the foundation. 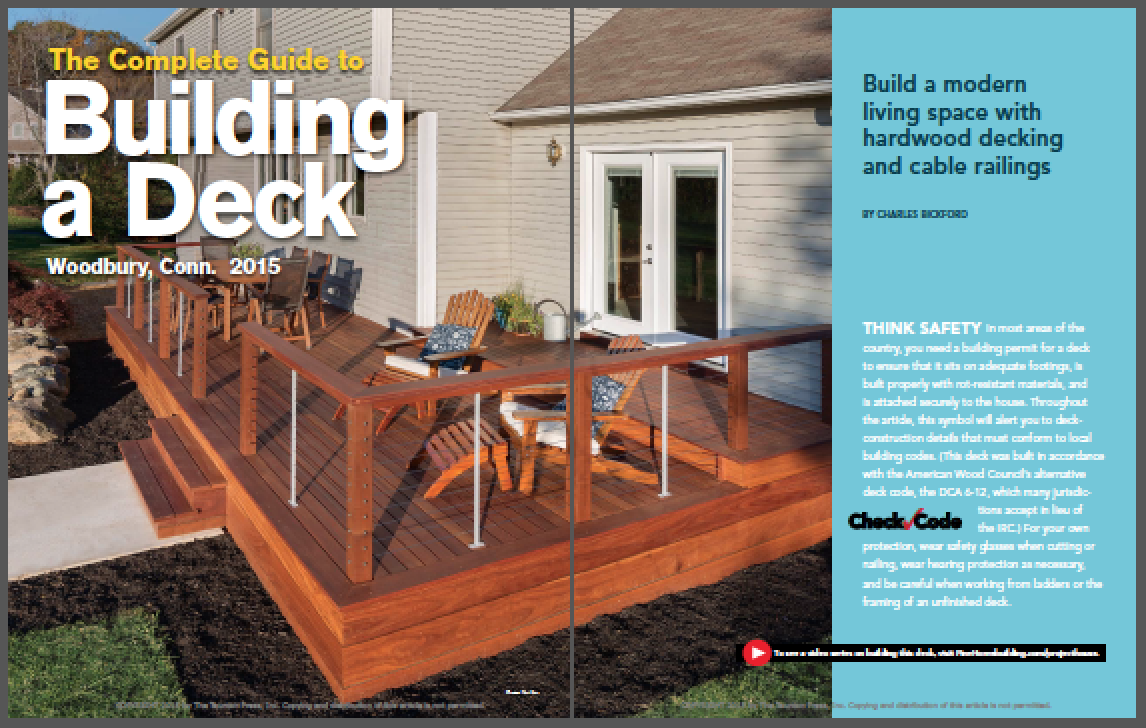