Getting Sheathing Onto the Roof

A ramp made of 2x6s is a safe, practical way to haul sheets of sheathing up to the rafters.

Sheathing a roof is easy compared with getting the material from the pile way down here to the rafters way up there. I have packed it up stairs and fought it through the rafters. I have used a rope to drag it up the walls, and I’ve tried carrying it up a ladder balanced atop my head until somebody could grab it from me. A practical method eluded me until three of us had to sheathe a two-story roof with a 12-in-12 pitch. That’s when the ramp idea took hold.

As shown in the drawing, I used four 18-ft. 2x6s to make a couple of L-shaped tracks. Then I toenailed the tracks to the fascia and staked them to the ground so that the tracks were 4 ft. 2 in. apart. Once the tracks were secured, I nailed a block to one of the tracks 3 ft. off the ground, and another at 7 ft. 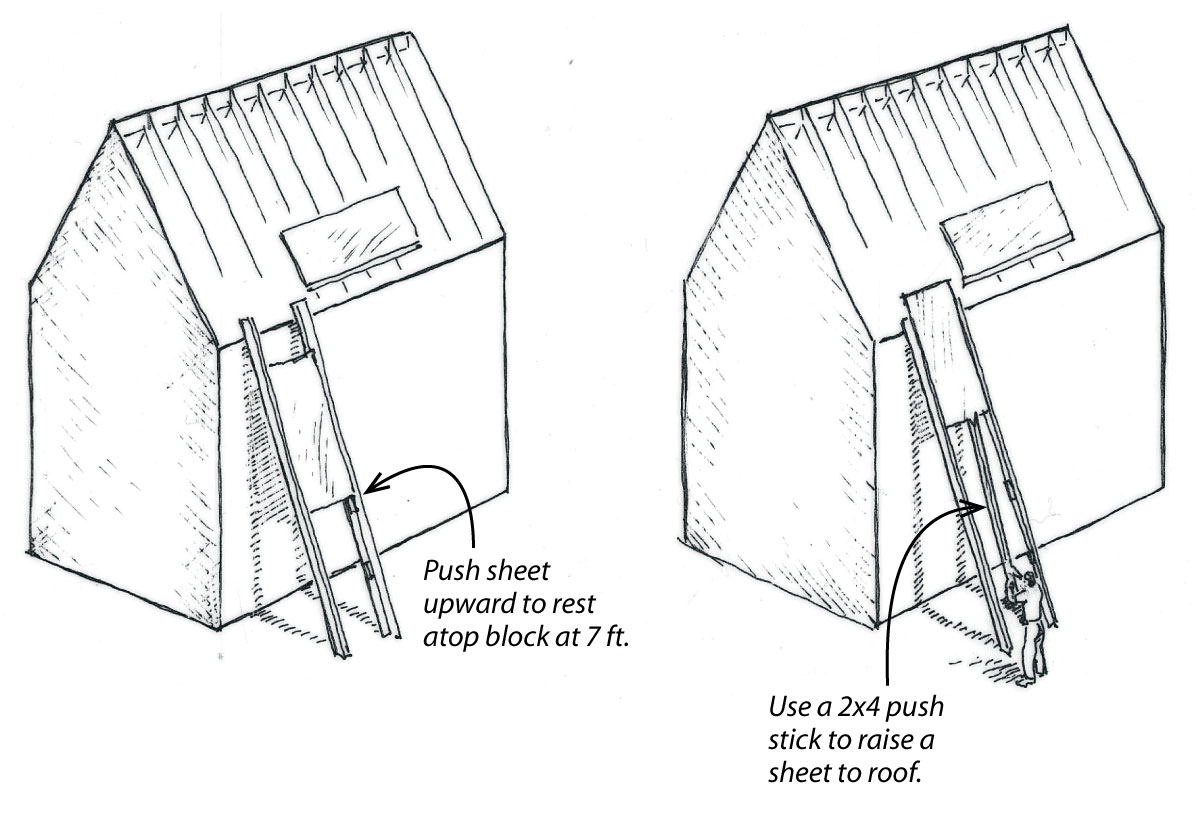 To get a sheet to the roof, I dropped a sheet into the chute, letting it catch on the lower block. Then I pushed it up until it caught on the 7-ft. block. The last step was to use an 8-ft. 2×4 with a V cut into its end as a push stick to lift the sheet to the eave line, where one of the crew members could grab it.

I have used this method several times now, and I’ve found it to be much safer than other schemes. The crew on the roof doesn’t have to lean over the edge to reach the arriving material, and the guy below does the lifting with both feet planted firmly on level ground.