Better glass means you now can use skylights with less energy waste.

They can leak rainwater, roast a room on a sunny day, and bleed heat to the winter sky. Why would anyone want a skylight? I guess because skylights bring light, cheer, and fresh air to dark spaces, and also because they can ­become dramatic architectural ­focal points. Plus, skylights have come a long way. New types of glazing and accessories such as built-in sunshades can minimize the heat problems, and today’s factory-supplied flashing has dramatically reduced the risk of leaks.

Today’s skylights run the gamut from stationary acrylic bubbles to motorized roof windows that close automatically at the first drop of rain. Skylights or roof windows, as operable versions are sometimes called, can be placed on sloped or flat roofs. Flashing kits compatible with virtually any type of roofing material are available.

For rooms that lie 20 ft. or more from a roof, tubular skylights or light tunnels can route natural light from a roof collector that is flashed like a plumbing vent (sidebar p. 59). Some sophisticated versions of these units use fiber-optic cables to pipe light to fixtures inside.

A limited number of manufacturers to choose from

A number of companies make skylights and roof windows, although only a few are national players. Velux, a Danish company, dominates the market for off-the-shelf residential skylights. Maine-based Wasco claims a distant second place, although the company considers itself the leader in high-end custom skylights. Other manufacturers, such as Tam, Columbia, and Sun-Tek, are stronger regional forces. Fakro, a major European manufacturer, hasn’t made serious inroads in the United States to date, but you may find its high-end products at a local big-box store. Window manufacturers Andersen, Marvin, and Pella all used to make skylights, but have dropped out of that end of the business in ­recent years.

Glazing can be glass or plastic

Both plastic and glass of various kinds are used for skylight glazing. Acrylic or polycarbonate plastics cost less than glass but are not as resistant to scratches, and they may ­become brittle and discolored after long expo­sure to sunlight. Polycarbonate has higher impact resistance and is more expensive than acrylic. Frames are made of wood, PVC, or aluminum. Plastic skylights are manufactured in a variety of shapes—domes, rectangles, circles, ovals, triangles—that would be difficult to duplicate with glass.

More expensive skylights are made with glass, and manufacturers now offer a tremendous variety of glazing options. Such choices make it easier to match skylights to a particular roof location or to a certain climate zone.

Just as window manufacturers have steadily improved the performance of units with multiple-pane designs, low-emissivity coatings, and inert-gas fills, skylight makers also are expanding their offerings. Low-emissivity (low-e) coatings improve energy efficiency by reflecting certain wavelengths of heat back into the building. Multiple panes create a space (or spaces) to be filled with ­inert gases, such as argon. These spaces offer insulating value, and inert gases perform better than air.

Wasco makes several triple-glazed skylights. So does Fakro, which also produces a skylight with four panes of glass. This unit, says Fakro’s U.S. manager, Waldemar Szalus, has an R-value of 10, equating to a U-factor of 0.1. (The lower the U-factor, the higher the unit’s insulating value.) Fakro says that’s the best in the industry. Keep in mind, though, that European and North American windows are tested with different protocols, so U-factors aren’t directly comparable.

Ross Vandermark, the national product manager for Velux America, says, “Our entry-level glass, so to speak, is a low-e 3 (meaning there are three layers of low-e coating) argon-gas fill. It’s a very, very energy-efficient pane, so we kind of start you out at a high level. You’re getting a very good U-factor, a very good solar-heat-gain coefficient, because we’re not starting off with clear glass or a single low-e coating.”

The performance difference between a double-glazed skylight with a U-factor of 0.37 and a four-pane assembly with a U-factor of 0.1 is roughly the same as comparing an R-2.7 wall with an R-10 wall. One blocks the flow of heat nearly four times as effectively as the other. The difference that makes with only a few skylights, though, isn’t nearly as dramatic as it would be for a house’s worth of windows, which may ­explain why double-glazed units are far and away the most common.

“If you figure the difference in your heating bill or your cooling bill with triple-pane versus double-pane glazing, it’s like $11 a year that you save,” says Wasco CEO Jeff Frank. “If you pay a $250 or $300 premium for that, your payback is so far out there. If you’re cutting a hole in your R-30 roof, does it matter if it’s an R-value of 3.2 or 5? From the standpoint of energy, it doesn’t make a lot of difference.”

What savvy designers look for is the best combination of U-factor, solar heat gain, and visual-light transmittance for a specific installation. The best source of that information for skylights, as it is with windows, is the National Fenestration Rating Council (nfrc.org), which maintains a database searchable by manufacturer or by type of skylight.

Matching skylights to the roof slope

The installation angle, determined either by roof pitch or by a separate, sloping curb, also affects how much heat gain the skylight will contribute to the building, a major ­energy consideration. A low-slope skylight will let in more heat in the summer, when the sun is high in the sky, and less in the winter, when the sun is closer to the horizon. This effect is more pronounced in northern climates.

As the U.S. Department of Energy points out, that’s exactly the opposite effect most people want to achieve. The department recommends that for the best solar gain, the skylight should be installed at a slope equal to the site’s latitude plus 5° to 15°. For exam­ple, in San Francisco, latitude 38° north sloping a south-facing skylight between 43° and 53° would reduce the amount of ­solar gain during the summer and reap the best energy rewards in winter.

In cold climates, winter heat gain from a skylight is a plus. In the summer, though, you might feel like a chicken in a Bombay tandoor, and you’ll see higher cooling costs as well. Because skylights face the sky so ­directly, they can let in substantially more heat than a vertical window of the same size. The California Energy Commission says that a 2-ft. by 4-ft. skylight with single glazing will increase the energy required for cooling by 240kwh per year. Better glazing reduces the effect.

Unwanted heat gain in summer is one ­issue, but so is winter heat loss. According to the California Energy Commission, a skylight will typically lose 35% to 45% more heat during cold weather than a window of the same size installed vertically.

“That’s because heated air rises,” the commission says. “As the warm air in a house rises toward the ceiling, it comes in contact with the cold surface of the skylight. The air is cooled and falls, forming a large draft loop that can dramatically decrease comfort. The more nearly horizontal a skylight is, the more significant the effect is.”

In addition to convection, the commission says, skylights also lose heat through radiation more dramatically than windows installed vertically. Losses are magnified when the skylight is installed on top of a curb, which increases the total surface area exposed to the cold night sky.

“I wouldn’t put skylights in primarily to gather solar energy for heating,” says Marc Rosenbaum, an engineer and energy consultant, “because they’ll still gather more in the summer than in the winter.”

Among the features manufacturers have brought to market are …

Automatic closure. Some out-of-reach skylights can be opened and closed electrically. Some close automatically at the first sign of rain.

Extradurable glass. While code requires skylights to be glazed with safety glass, even more robust options are available. Hurricane-resistant and impact-resistant glass is available for high-risk coastal areas. In areas where deep snow is a concern, you can buy special snow-load glass. 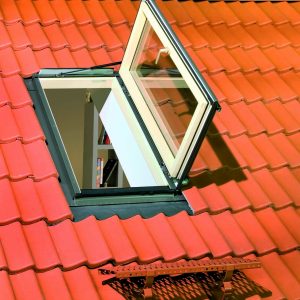 Built-in shades. A variety of movable shades and blinds can block or filter light. Velux

Space-age insulation. A type of translucent insulation called Lumira Aerogel by Cabot Corp. is made almost entirely of air and is said to be the lightest solid ever produced. It has an R-value of 8 per in. Skylights incorporating Aerogel give off a diffuse, nonglaring light while limiting heat losses. Aerogel currently has wider applications in commercial buildings than in residential products, probably because of the high cost of producing it. It can make a huge energy difference for large commercial buildings when daylighting and air-conditioning costs are factored in. 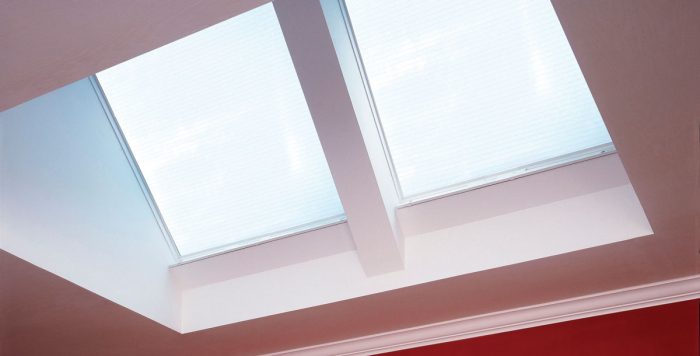 Because the sun’s angle and direction change throughout the day, a skylight’s position has a major effect on its solar gain.

North Skylights oriented in this direction bring in even light. While they are least likely to overheat, they also don’t contribute much solar gain.

West Skylights faced this way bring in afternoon light and warmth, which may be welcome on sunny days in January, but not at all in July.

East Sited in the direction of the sunrise, east-facing skylights bring in morning light without much risk of unwanted afternoon heat gain. 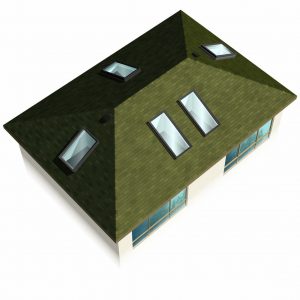 In some places, you can’t ­install a conventional skylight. In that case, a tubular skylight might be a good option.

Manufactured by a number of companies, tubular skylights consist of a plastic-topped aluminum housing that collects light on the roof, a highly reflective pipe, and a ceiling-mounted diffuser. ­Although light output ­declines with distance, a diffuser can be quite a distance from the roof. Sola­tube’s SolaMaster Series, for example, allows pipe lengths of up to 50 ft. 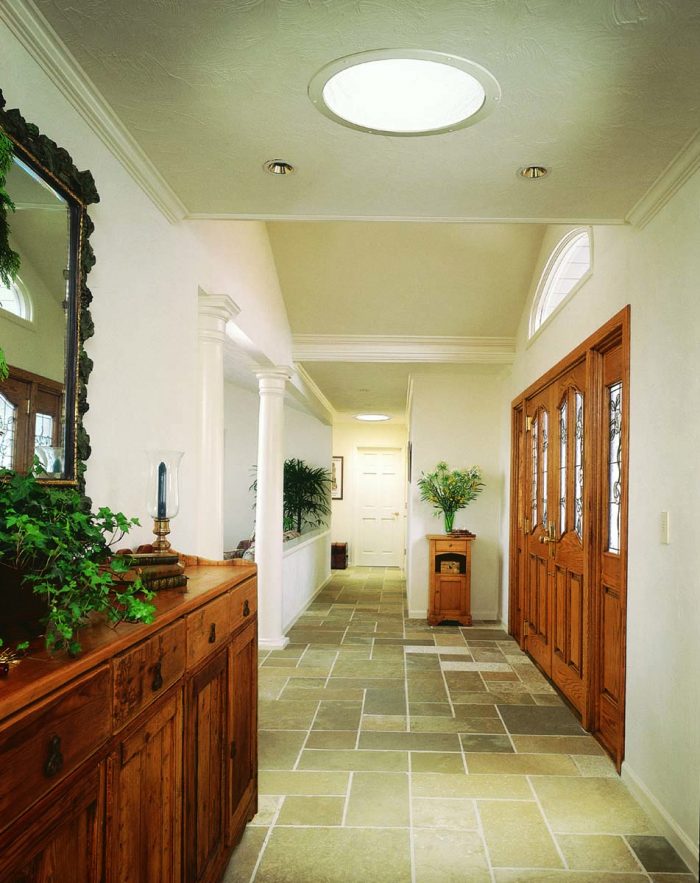 The collector is flashed into the roof just like a plumbing vent, and light tubes can be routed around obstacles on the way to the diffuser. Wasco says a 10-in. SkyTube puts out as much light as three 100w bulbs, assuming full midday sun and a tube 48 in. long. A 14-in. tube under the same conditions would produce the same amount of light as five 100w bulbs. Light tubes can be equipped with electric bulbs, allowing service as a night-light. 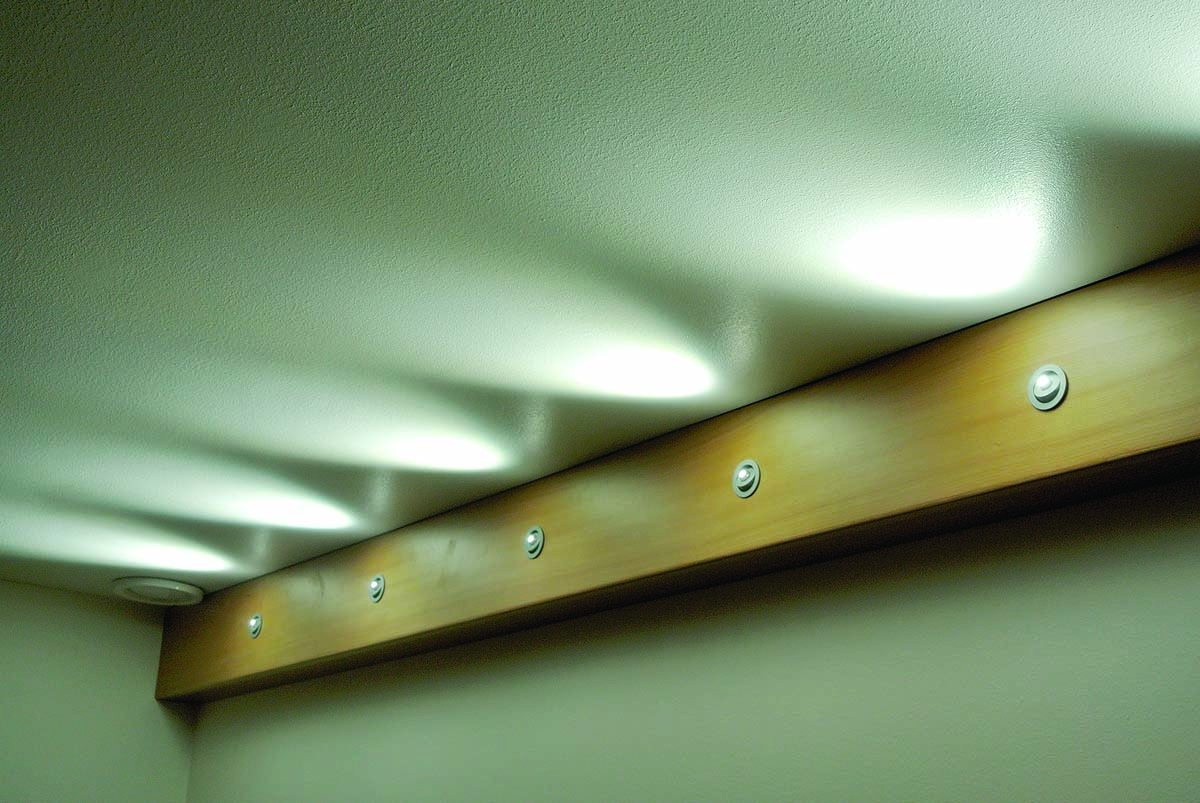 Parans Solar Lighting has taken this concept one step further. Each Parans rooftop receiver, programmed to track the sun during the day, can be connected to as many as six fiber-optic cables. The cables pipe light into rooms three or four floors down from the roof. A variety of diffusers are available, including ceiling-mounted fixtures that look like conventional lights.

View PDF
Previous: Save Energy with Storm Windows Next: The Cornerstones of Comfort: How to Choose the Right Windows and Doors for Your Climate