An architect and his wife salvage all they can from the original house on this neighborhood lot in Minneapolis before designing and building their own dream home on the site.

When Scott Newland of Newland Architecture and his wife, JoAnn, were finally in a position to design their own home, they chose a desirable Minneapolis neighborhood that they had been eyeing for some time. To make way for a “right size” build, they razed the small house occupying the lot. Before its demolition, however, they salvaged all usable windows, doors, plumbing fixtures, and cabinets. They even dismantled a fence in the backyard, removing nails from the cedar slats, which they planed, stained, and ultimately used for the walls and ceiling of the porch. “Literally hundreds of items were removed and either sold, given away, or reused in the new house,” Newland notes. “The remaining empty shell had very little of value when it was finally torn down.” 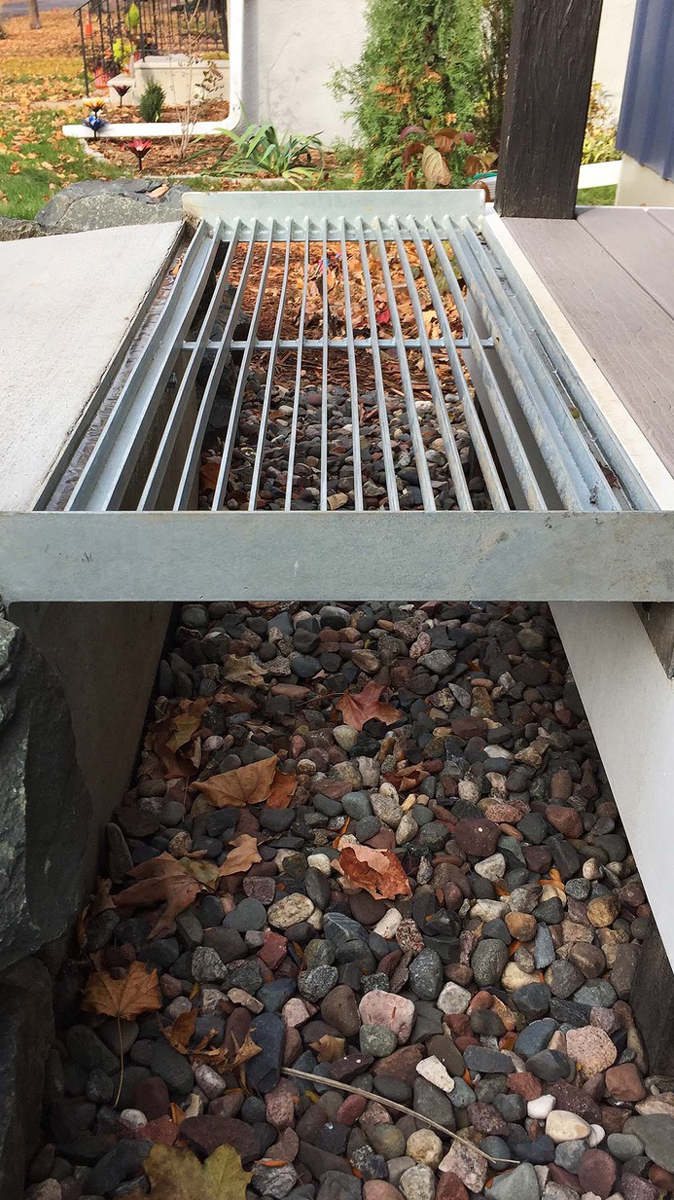 It was the couple’s commitment to an environmentally responsible build that made them pursue LEED and Green Star certifications. The robust envelope (0.83 ACHP50), Energy Star appliances, low-water use fixtures, on-site storm water management system, and net zero–ready status all worked toward that end. Asked about the certification process, which is less common with residential projects and thought by many homeowners to be complicated, Newland responds: “We didn’t find the process overly cumbersome or expensive. I had taken all of the accreditations to become a LEED Green Associate, so I knew what was going to be involved and we were prepared. It did require us to make a number of key decisions along the way, such as how much we were willing to pay for non-toxic materials.” 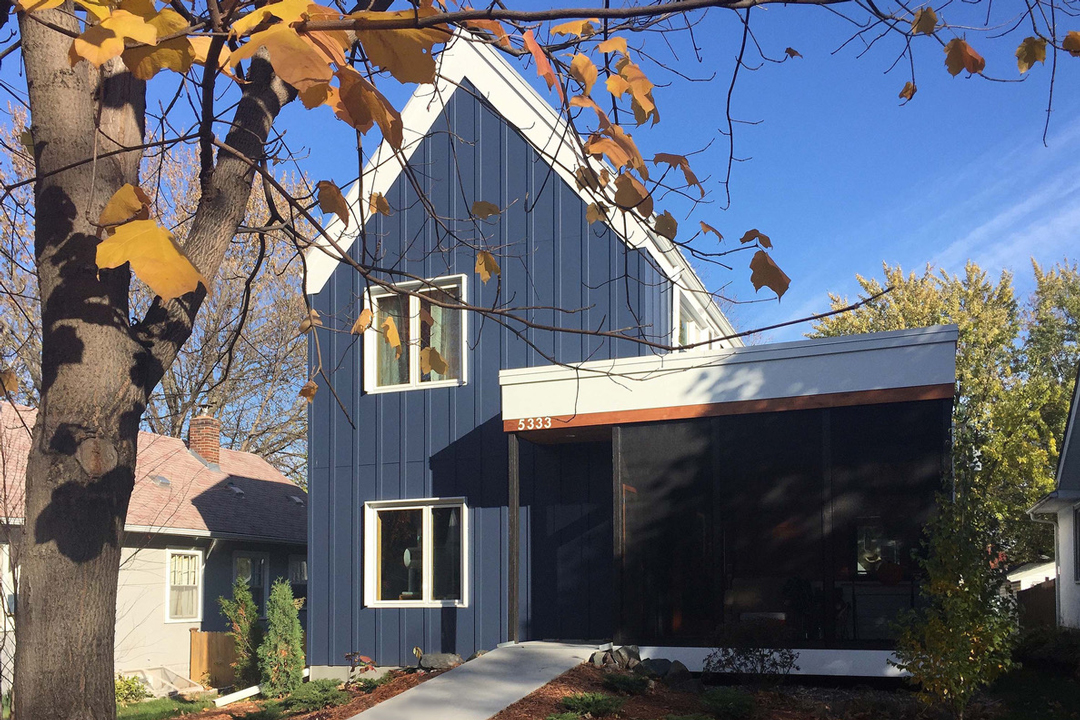 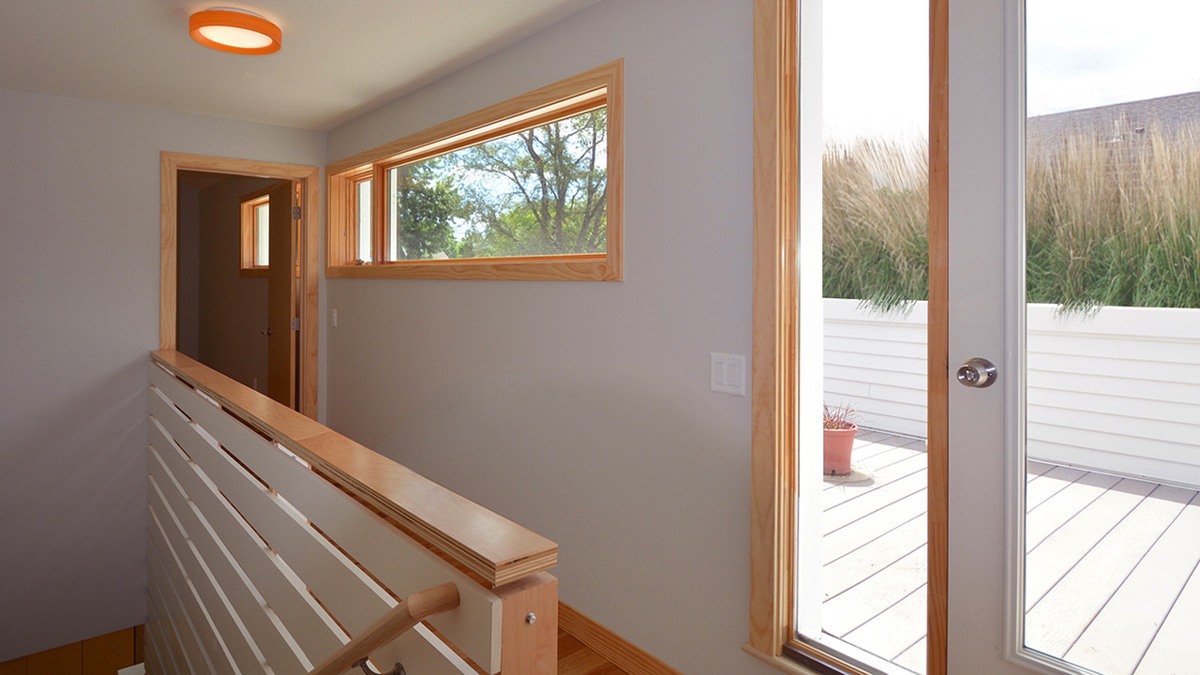 The tall, slender gable form is, in part, the result of a narrow lot and the desire to maximize solar exposure for the near-future addition of a photovoltaic array. An upper-story deck and a section of living roof create what Newland describes as an elevated yard (safe from rabbits), where he and JoAnn cultivate vegetables and ornamental grasses. Outdoor living space also includes the screened porch, which was a long-coveted must-have. “It faces west, so it’s lovely in the evenings, and it’s a nice way to interact with the neighbors.” 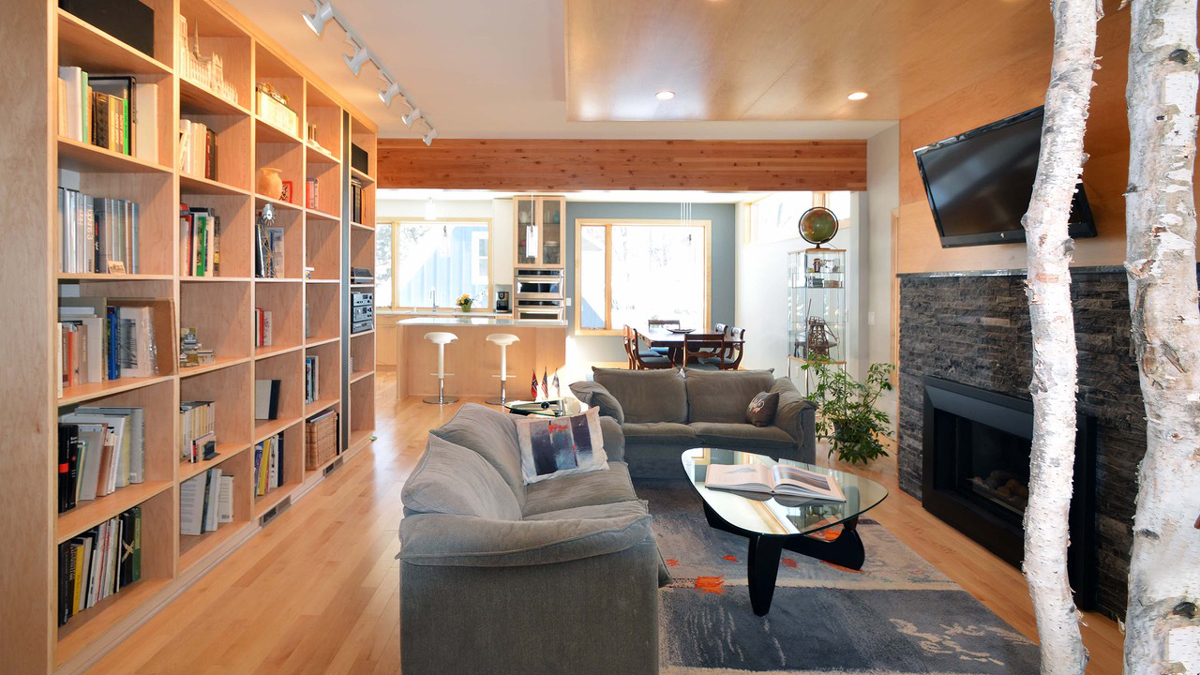 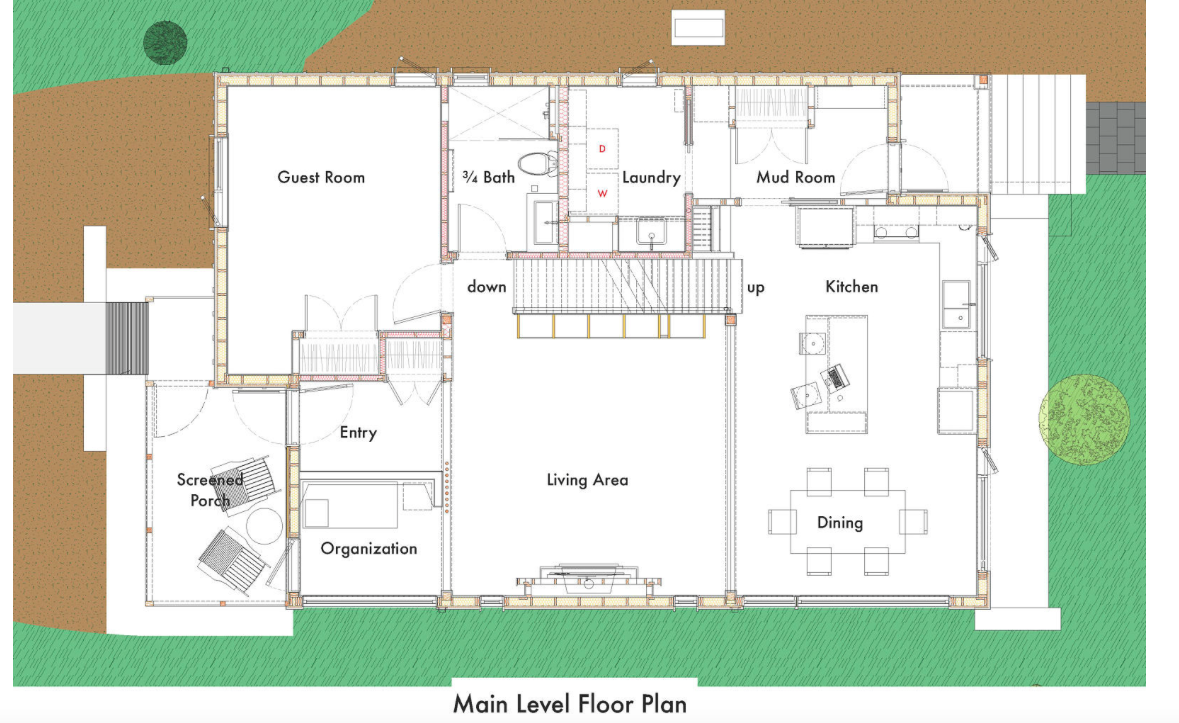 At 2734 sq. ft., the four-bedroom, three bathroom house has flexible space built in. An unfinished portion of the basement could become a fifth bedroom and also accommodate a three-quarter bath. Part of the program was to support aging in place, so the main floor is accessible via an exterior ramp and features wider-than-average doors. There is also a zero-entry shower on the first floor. “We were pleased with how well the design worked when my wife broke her leg in 2018 and was dealing with restricted mobility.”

The couple also enjoys the quality of daylight in the open-concept living area—they don’t need supplemental lighting until nightfall. The pale woods on the ceiling and floor as well as the glulam beams keep the house feeling bright. “The presence of wood and daylight really gives the house its character,” says Newland. 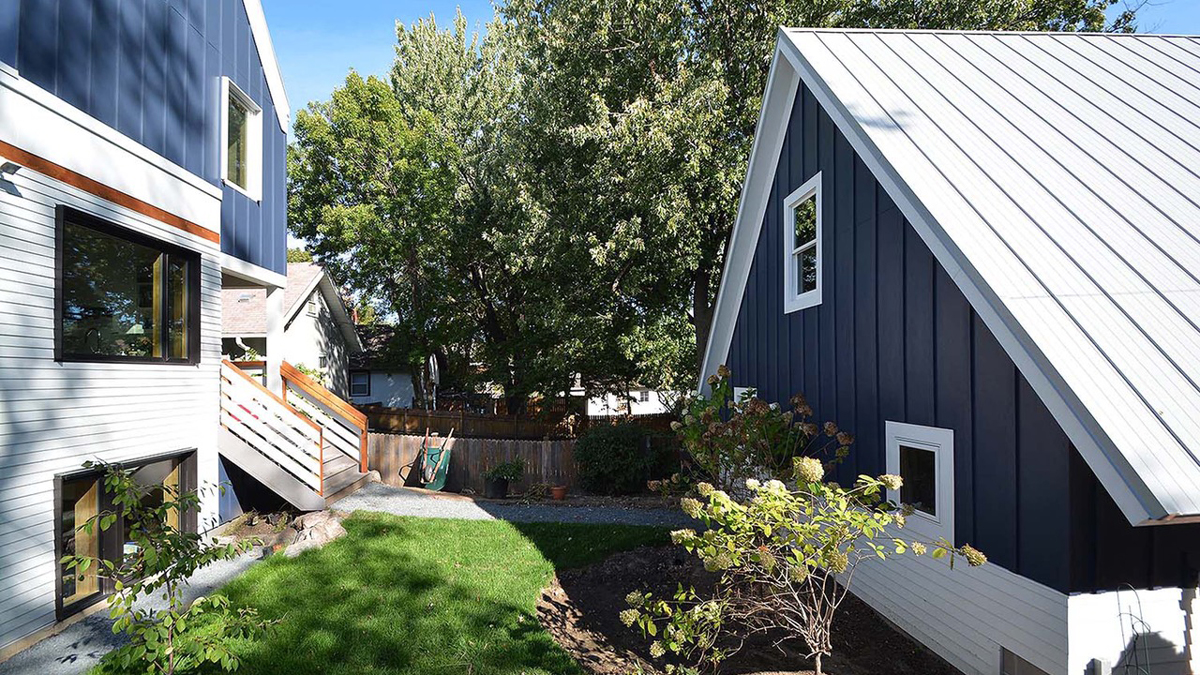 Of course, with any home-building or remodeling project, there are surprises. In this case, it was the length of time it took to finish the house. “To be honest, the excitement of realizing this new-home dream of ours was significantly tempered by the realities of paying for it all,” Newland explains. “The construction schedule extended much longer than promised and costs continued to climb. It became a huge stressor but by going through it, I became a better architect. I’m more sensitive to what the whole process involves, and I’m more aware of the realities of financing, realtors, and third-party raters.” 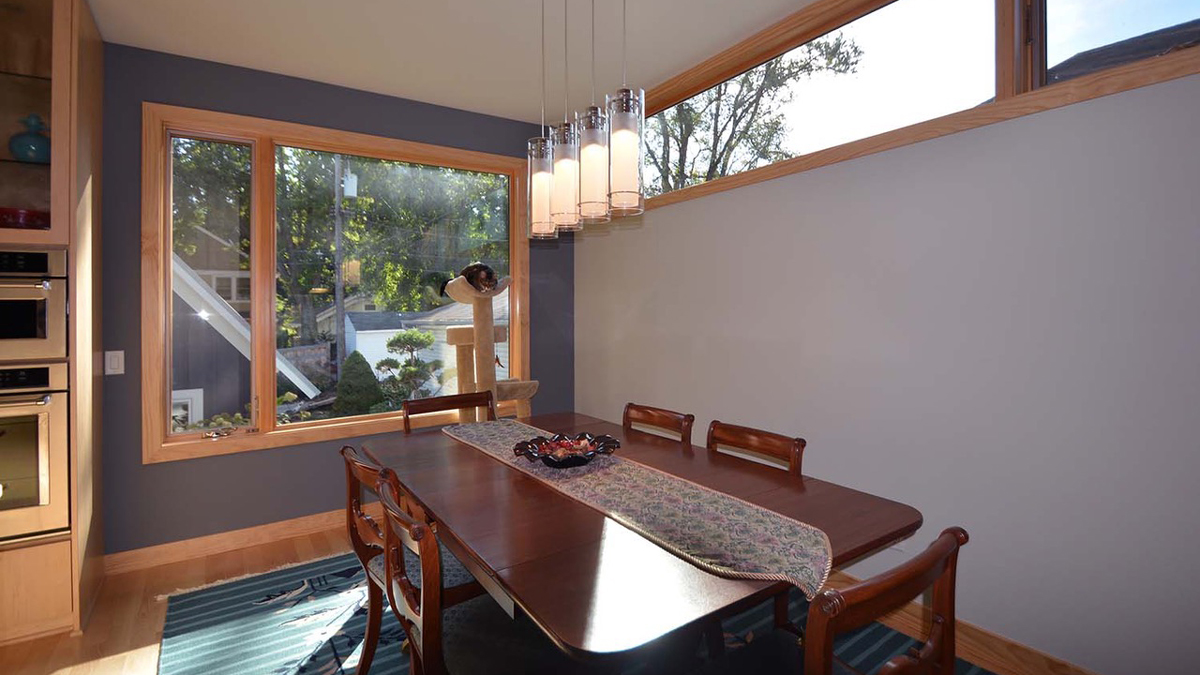 Regarding the overall aesthetic, Newland says: “We wanted to incorporate certain qualities of modern Scandinavian design—we like those clean lines.” They invoke their heritage in another way too. “We call the house Sisunkoto, which is a Finnish word. It translates to ‘the home of Sisu.’ Sisu is the quality of perseverance and inner strength, which we needed in spades in order to get through the building process.” 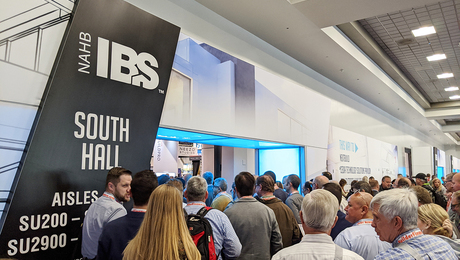