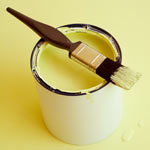 Hi everyone.  Looking for a bit of help with a problem one of my clients is having.  I’ve been doing interior painting at their home on an off for the past year as they have worked themselves through a whole house renovation.  The issue involves creaking of new hard wood floors.

The home is in Vancouver BC having a climate very similar to Seattle Washington where winters are rainy, damp and cool.  The home is aprox. 3,000 sq.ft on 2 levels with a heated 3’ crawl space.  Top floor covering about half the house is1,000 sq.ft of bedrooms and hall.

January/11 the owners were ready to have hardwood installed in the upper area of the home. Material was prefinished 7”  hand scraped hickory with a macro bevel. The finish is a semi gloss urethane/plastic finish of some sort.  The product was delivered for the whole house and was spread throughout the house in various rooms to both acclimatize and distribute weight.  It sat for about 2 weeks before being installed on the upper level.  It had been recommended that a total glue down be done plus nailing because of the width of boards.  The installer used a square notched hand trowel.  The glue was Fortane LD that was pinkish in color that I recall.  The end result was an installation that to this day has not peeped a sound.  The homeowners while happy with the product in general were not happy with the look as it was about 80% shorts (24” and less)  The supplier had told them the average length would be greater than 40”.  Tearing it up was a no go because of the total glue down.  After months of fighting the supplier took back the balance of 2,000 ft. that was for the main floor. Credit given with a bit of bonus for the shorts upstairs.

Flash forward to Jan. of this year.  A new supplier, installer and flooring is chosen for the main floor over the heated craw.  Product is again hickory that is 5” with a micro bevel and has an oil finish.  After flooring is installed a second thin coat of oil is applied and buffed with instructions from installer that it would require (as needed) repeated coats over the years.  The owners were assured that longer lengths mostly over 4’ would be used and the supplier more than delivered on this. It’s a good looking floor.  Again a total glue down plus nailing was recommended.  This time the new installers used a pneumatic glue gun.  (Cool I’d never seen one before).  They were generous with the glue (TiteBond).  The glue was applied in a zigzag motion one course at a time.  Boards then layed and nailed.  The main floor was finished in two stages including kitchen prior to cabinet installation.  First half was area of home with bedrooms above.  The second area installed 1 -2 weeks later has no living space above.

And finally, sorry for taking so long, here is the problem.  The whole main floor creaks.  The area of least creaking is the first half that was installed.  It does creak but not nearly as bad as the second half installed couple of weeks later.  One cannot walk anywhere with out the creaking. It sounds like large toothpicks snapping with every step!  Oh yes, about the delivery.  The product was delivered in the same time of year as upstairs, difference being it arrived on a Thursday and first half was installed the next Tuesday.Less than a week between delivery and first install.   All 2,000 ft was stacked in the living room and not spread around that much.  The owner questioned this in terms of weight and short time to acclimatize but was assured by the supplier/installer that it was ok.  Ironically it is the first half installed that creaks the least. My understanding was that the flooring was milled and finished locally.

The supplier has tried to blame low humidity which is running in the 40% range. (Didn’t affect the upstairs installation 1 year earlier??)  Suggests waiting until summer to see what happens.  Owner says so what am I supposed to do move south each winter so I don’t have to listen to the creaking?  Mind you winter in Arizona wouldn’t be all that bad.  Supplier tells owner that humidity should be in high 50% range. Owners research finds that it would be pushing the upper limit for moisture problems.  Also all plywood subfloors had been screwed down on both levels.   The house was silent prior to any hardwood installation.  And one other funny thing.  One day 2-3 weeks after installation was fully completed one of the trades had turned off the furnace.  The owners woke the next morning to a freezing cold home 12 degrees Celsius.  But no creaks???

Some spaces have begun to appear between boards around the home.  A quarter can be stood on end in some places.  In the kitchen crumbs have more recently started to get between the boards.  From a standing position boards seem tight but getting down on my knees and putting my glasses on (getting old) I can see the tiny spaces.  At this point not sure if boards have shrunk or they were just not installed tight enough.

Possible differences that may be cause to creaking:

Shorter boards up  vs longer boards down

Shorter time to acclimatize however second stage install was 4 weeks after first and creaks the most.

Up installed over living space vs main floor is over heated crawl.

Have any of you run into similar issues and what could be the cause of the creaking.  What fixes would you recommend?  Many years back I had read in a FHB issue (Tips and Tricks) that suggested putting talcum powder in the cracks to work its way in as a lubricant could work.  How much talcum does it take to cover 2,000  :)’

Again sorry for the long explanation but I was endeavoring to provide all details that could possible affect the installation.  Hey everyone… thank you so much.