Hi, first time posting and not really sure if this is the right place but I have a question. So I am a renter in a house. The landlord has linoleum down in the kitchen. About 6 months after moving in the linoleum started caving in and cracking. The landlord was contacted, nothing done at all. So now a year later (1 1/2 years total) she decides to come look at it. She has now asked me to move saying that I have done this and ruined her house. I know there are a lot of factors to consider but if you were to look at the picture of this subflooring under the linoleum, would you say the rot is something that has been going on for quite a while (before the year and a half ago I moved in, I am just getting pissed about it because I get the feeling she is going to try and charge me for it. I don’t know much about wood so I am just uncertain how long it could take to get to this point. A little background on the area. House is in Eastern NC, hot summers, winters not terrible just wet and gloomy. Hurricanes once in a while but generally the yard is the only thing that floods. We didn’t have anything that would have gotten near under the floor during Hurricane Florence this year. The walls are concrete but we have had a terrible issue with black mold growing on them (that she has failed to even look at) that i cannot for the life of me get under control.  Anyway, I am posting the picture with this.  Any help would be much appreciated. 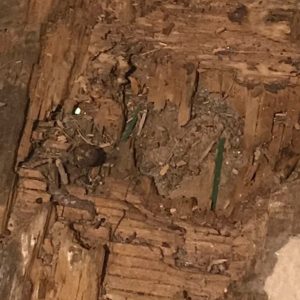 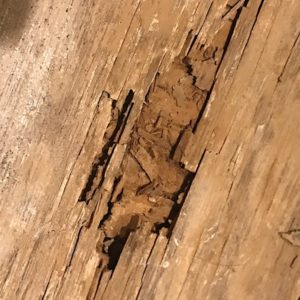