I found your cover story on curved deck stairs generally informative (FHB #162, pp. 82-87), but as the president of a company that manufactures stairs, I believe the author neglected to mention several important items.

First and foremost, when we design this type of exterior stair, we make every effort to ensure the proper draining of water. Normally, we make the treads and risers without glue joints and leave a 1⁄16-in. space between tread segments. On the staircase featured, we would have drilled draining holes in the substructure. Alternatively, we would have sloped the tread to shed water slightly.

The method of rail layout using a flat elliptical piece works only if those intermediate posts are used. The actual geometry requires a helical rail (a twist). The lack of twist on this job is hidden at the rail/post intersection.

For the stringers, we have found that Honduras mahogany is a superior choice. It is strong, easy to work, and naturally rot resistant. We use ipé or jatoba (Brazilian cherry) for tread material. Both are available in 5/4 and make excellent treads.

To avoid rot, we generally mount the balusters on a V-shaped surface and make a corresponding V-cut in the bottom of the balusters.

I was impressed with Gary Katz’s article about crown molding around a cathedral ceiling (FHB #162 “Master Carpenter,” pp. 140, 142). For 30 years, I also believed, as Katz did, that crown molding could only be mitered perfectly if the moldings were different sizes or if a transition piece were used. However, I was wrong.

When the same molding is tilted at different angles on adjacent walls, a beautiful miter can be achieved. You have to visualize the crown molding as boxing in the perimeter of the pitched ceiling, with the ceiling’s plane as the primary reference. The orientation against the ceiling always remains the same, but the angle the molding makes with the adjacent walls varies. As you can see in the drawing (below), both crown moldings must sit against the ceiling (not against the wall) at a 45° angle for this example. The obvious problem is that the back side of the crown molding physically interferes with the wall. Material has to be cut away from the molding, using a method similar to that proposed by Mr. Katz.

I read your article “All About Headers” (FHB #162, pp. 62-67) and would like to offer a framing tip. Always place your header directly under the double top plate and then frame down under the header. If there is ever a mistake in the rough opening for height, this subframing can be removed without affecting the structural part of the header. If you pull the header down to the rough opening, any little cripple blocks are structural, and when small ones are required, they tend to split, causing a weakness in the area.

Don’t use sheathed cable in conduit

The photo on p. 120 of your April/May issue (FHB #162, ”What’s the Difference?”) should not be showing nonmetallic sheathed cable (i.e., Romex) inside conduit. This may be a code violation in some cities. Three individual THHN or THWN wires should be shown. The current rating of the sheathed cable will have to be lowered, or derated.

A better membrane to protect sheathing

As a professional engineer and building-envelope consultant, I was pleased to see someone finally bring up the topic of condensation on housewrap (FHB #161, “Q&A,” p. 110). I do not have an issue with the answer given by Bruce Harley, but I would like to stress that while housewrap is considered breathable, these membranes greatly resist the flow of vapor.

Under many circumstances, the material forms a very effective condensing surface, which reduces its effective permeability still further. In addition, nail and screw penetrations allow significant leakage to occur, which then gets trapped between the housewrap and sheathing. This inability to allow trapped water to evaporate quickly results in rapid and extensive rot of wood-based sheathing and mold on exterior gypsum board.

As a consultant, I have been using and recommending a material called VaproShield (www.vaproshield.com; 866-731-7663). Developed by researchers in Scotland, VaproShield is also highly resistant to water penetration, but it is extremely porous. The difference between Vapro-Shield and housewrap is similar to that between a Gortex jacket and a Tyvek suit. After a few minutes, a Tyvek suit feels like you’re wearing a plastic bag. I recommend that you check out VaproShield.

I read with interest Joseph Lstiburek’s article “Built Wrong From the Start” (FHB #162, pp. 52-57). Why is venting the crawlspace not a good idea to get rid of moisture (blunder no. 2), but venting is just fine to get rid of the moisture behind the brick cavity (blunder no. 6)?

Joseph Lstiburek replies: The sun raises the temperature of the brick, and therefore of the airspace behind the brick, in order to provide sufficient energy to evaporate and dry the cavity. The sun does not provide such energy to the crawlspace.

In “Built Wrong From the Start,” Joseph Lstiburek recommends heating and air-conditioning the crawlspace to eliminate moisture and thus avoid mold and wood rot. For the same reason, he also advises against insulating the floor above. Over, say, 10 to 20 years, I would think that the energy costs to keep the crawlspace dry and to warm the floor above would amount to a considerable sum.

Joseph Lstiburek replies: Actually, the air-conditioning costs are much lower because the house is now coupled to the ground, which is a heat sink. Also, the overall air-change rate is much lower because the building is tighter. And if ducts located in the crawlspace leak, they do not leak outside, creating a negative air-pressure difference that drives air change. Heating costs are lower as well. Venting a crawlspace in the winter is like leaving your basement windows open during the winter.

My husband and I purchase your magazine regularly, but this time we found it quite disturbing. In the article “Built Wrong From the Start” (FHB #162, pp. 52-57), Joseph Lstiburek mentions Canada, where, according to him, “there are only two seasons: last winter and this winter.”

I don’t know how often he comes to Canada, but let me tell you, we have been enjoying spring since the middle of March, as we do every year. Our flowers are blooming, the sun is shining, the grass is green, and the robins are bathing in the stream.

Biased and ridiculous comments like Dr. Lstiburek’s are nearly enough to stop us from purchasing this magazine!

Joseph Lstiburek replies: I am a Canadian. I grew up in Toronto, which probably explains my twisted attempt at humor. I intended to poke fun at both Canadians and Americans with that particular line—Canadians for being so sensitive that they can’t even laugh at themselves, and Americans for their biased perceptions of Canada.

A good caulk for metal

The survey of caulks and sealants in your April/May issue (FHB #162, pp. 97-101) shed much light on a confusing topic, but one of its assertions—that silicone works best for metal—runs contrary to my experience. Metal roofs are commonplace here in Virginia, and my roofers have little faith in silicone. Instead they use a one-part polyurethane sealant called NP 1, made by Sonneborn (800-433-9517), to seal flashings, skylights, and so forth. It comes in colors. 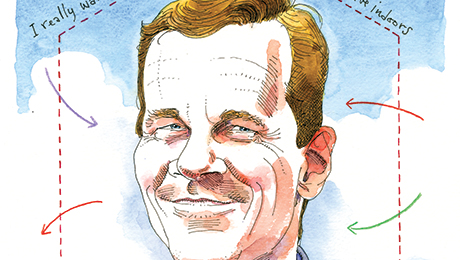