Can a deck ledger span a basement window?

I have an upcoming deck build that will require me to anchor the deck ledger to the concrete foundation. The problem is that the ledger will cross two cast in-place basement windows. The homeowner is OK with blocking the windows, and there is another means of egress from the basement, but can I just span right over the windows, or do I have to remove them and add concrete blocks to create a solid backer for the ledger?

Ultimately, the detail you’re talking about is not covered in the prescriptive codes, so the inspector could ask you to have it engineered. I sure hope that’s not the outcome, though, as I think it can be thought out pretty simply.

There are basically two things to consider: the connection to the foundation, and the spanning of the single member (the ledger) as a beam. Because the span of a standard (about 3-ft.-wide) basement window is small, as are the likely loads from the area of the deck right above the window, I would be satisfied with simply adding the missing anchor bolts in the area to the sides of each window.

As for the span, I’m not concerned. Section R502.10 of the International Building Code allows the use of a single header member when spanning 4 ft. or less if the header is the same size or larger than the joists attached to it. This section of the code is for openings in floors, but it is very generic, and I think it can be applied here. 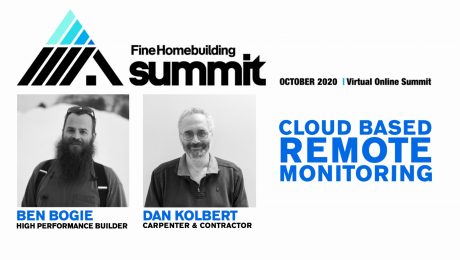