Off the Grid Living and the Law

The idea of living off the grid might not be for everyone, but it’s pretty easy to relate to, or at least see the appeal of, the notions of independence and freedom that off the grid living invokes.

It may, however, not be as simply as changing your housing and lifestyle (both not really all that simple). It may be a matter of what the government will allow you to do–at least in some states. Legal cases are popping up in a few states where off-the-grid properties have been deemed in noncompliance with local laws.

The area of debate is whether the local municipality will allow homeowners to not be hooked up to utilities. Last year, Robin Speronis of Cape Coral, Fla. made headlines when the city reviewed whether her home was incompliance and a long legal battle ensued. Her fight was set off after a local news station did a story or her living conditions and noted that she was in violation with multiple local codes and ordinances. Her fight with the city continues.

Another story that has made national news took place in Texas. This time, a community was built off the grid in 2009. The premise of this community, dubbed The Garden of Eden, is independence and sustainability. In 2013, the property was raided, but continues to operate. The community continues to face legal challenges. 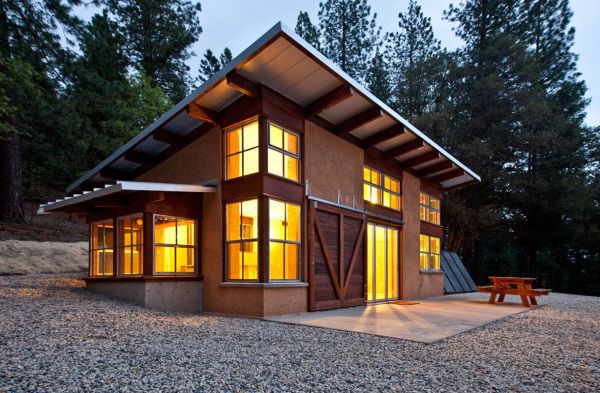 While Speronis’ home is minimalist to the point of mirroring camping and The Garden of Eden is an entirely different lifestyle, there are plenty of off-the-grid homes that aren’t that hard for the “average person” to see themselves living in. Case in point is this vacation home. Off-the-Grid Straw Bale Getaway