A coalition of net-zero energy advocates has completed the first-ever count of net-zero and near net-zero projects in the U.S. and Canada, reporting a total of 6177 residential units in 3330 buildings.

The Net-Zero Energy Coalition, a group representing some 180 builders, product manufacturers, designers and others in the high-performance industry, said the catalogue of North American projects would help the industry track progress over time, create a single point of access for net-zero case studies, and help spread the word about net-zero building.

The projects fell into one of four categories:

The largest category by far, more than 84%, is zero-energy ready. Coalition Executive Director Shilpin Sankaran said projects could qualify for this group in one of several ways, including participation in a Department of Energy zero-energy program or by tracking energy use over a period of time. Many of these projects are self-reported by builders, designers or others, she said, with no third-party certification.

The number of residential units actually hitting net-zero performance or making more energy than they consumer was 868, or 15% of the tally.

The coalition found the projects by tapping into data bases of organizations like the Northeast Sustainable Energy Association, Passive House Institute U.S., the Department of Energy, and the “deep network” of coalition partners and members, Sankaran said.

“It is certainly higher than I expected,” she said, “and I’ve been building zero-energy homes since 2008 when it was very, very unusual. It was much higher than I expected. That said, if you look at the number of homes in the United States and Canada, it’s a very small percentage. What that tells me is that the momentum is gaining and certainly there is traction.”

The tally was the first part of the project. Phase 2 is the development of a case study directory.

California far outstripped the rest of the country: 1538 of the total of 3339 buildings are located there. Twelve of the top 20 cities, listed in order of the number of residential units, are in California, including three of the top five–Sacramento, Davis and Townsend.

“It has created a market for zero energy builders,” the coalition’s report says of the state. “Twenty-four percent of total builders are in California; 23% of all builders have more than one zero-energy project; 11% of builders are performing retrofits as well as new construction, indicating a combination of strategies for zero energy.”

On the East Coast, Massachusetts, and Connecticut had the highest number of buildings, with those two states and New York having the most zero-energy builders in the eastern U.S. There are plenty of states without a single qualifying project.

In all, the qualifying projects were about evenly split between multifamily and single-family projects.

The number of net-zero and net-producing residential units found in the tally represents about 0.07% of total housing starts last year, but Sankaran seeks promise in steady growth.

“The number of projects that are actually in the design phase, under construction or haven’t even been built yet would double the number we have right now,” she said. “That’s pretty significant.”

The coalition sees the net-zero market growing to $1.4 trillion by 2035. 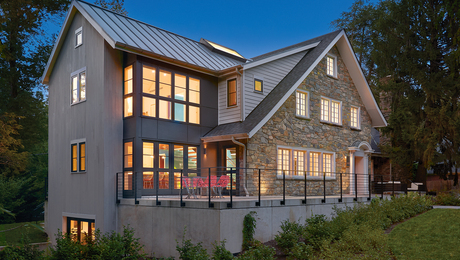