When starting a project within a home I think about finished product or outcome first. Generally our residential installs do not have detailed drawings for what they want so I talk it over with the owners and make sure what we provide will be in line with their idea for the home they will be living in. This home had simple, clean lines throughout. The way it was planned they would have nine separate beams with stopping points where the future overhead door tracks would mount to. My idea instead was to carry three beams through the entire space rather than nine short beams. They agreed. I started by removing the drywall from the intersecting points and facing the bottom of the beam first. 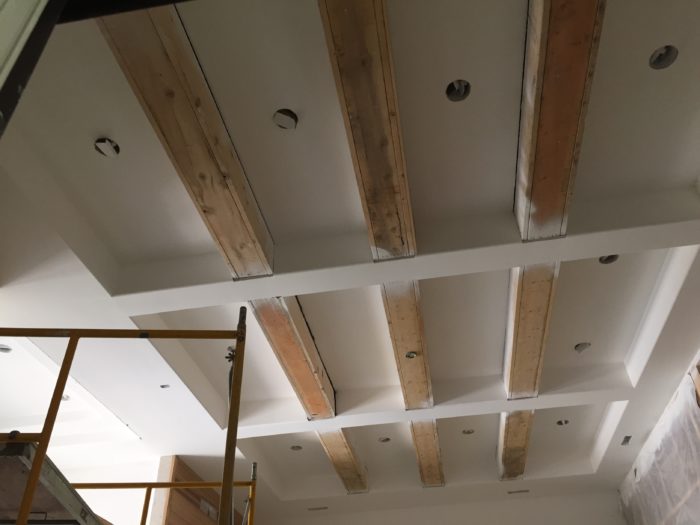 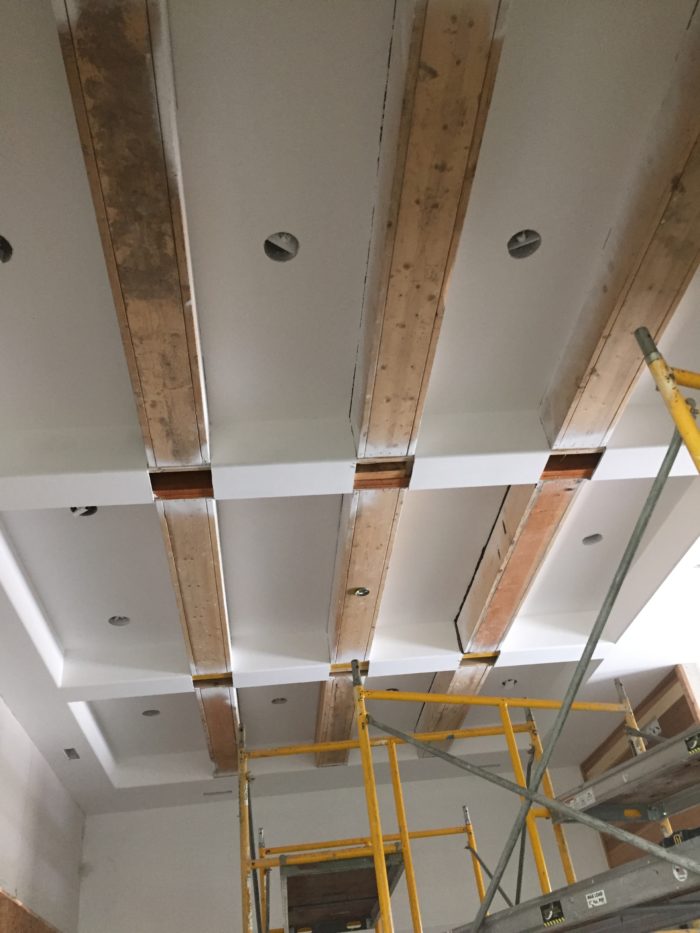 We centered the first piece and built away from it, to give it symmetry, and ran the full length to where the drywall created a natural stopping point. On to the sides, our idea was to have a 1/4″ reveal on the “face” of the beams to add some more detail. The way we did this was to do the math to figure out how we would have a full piece on the bottom and scribe a piece into the ceiling first and work our way down. If you see the picture there was quite a bit of scribe work. We ran the cedar down the sides and allowed for a 1/4″ reveal on the entire face of the beams. We did this by removing the tongue from the tongue and groove materials and sanding the saw marks off but leaving the chamfered edge and keeping details constant. 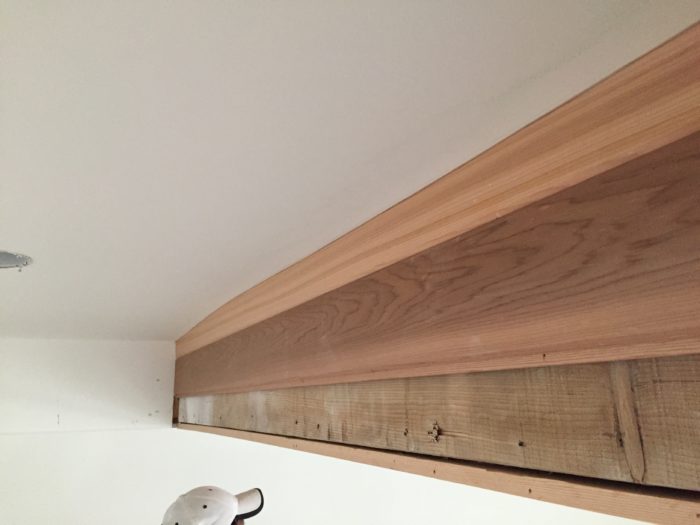 We wanted  the beams to appear to travel through the intersecting points so it worked well to take a piece of cedar material and press it against the face(that was already installed) and run a multi-tool against it and cut the drywall back for a clean space or pocket to notch the sides into. This made it possible to slip our piece behind the drywall instead of trying to cut around the bullnose drywall corners. 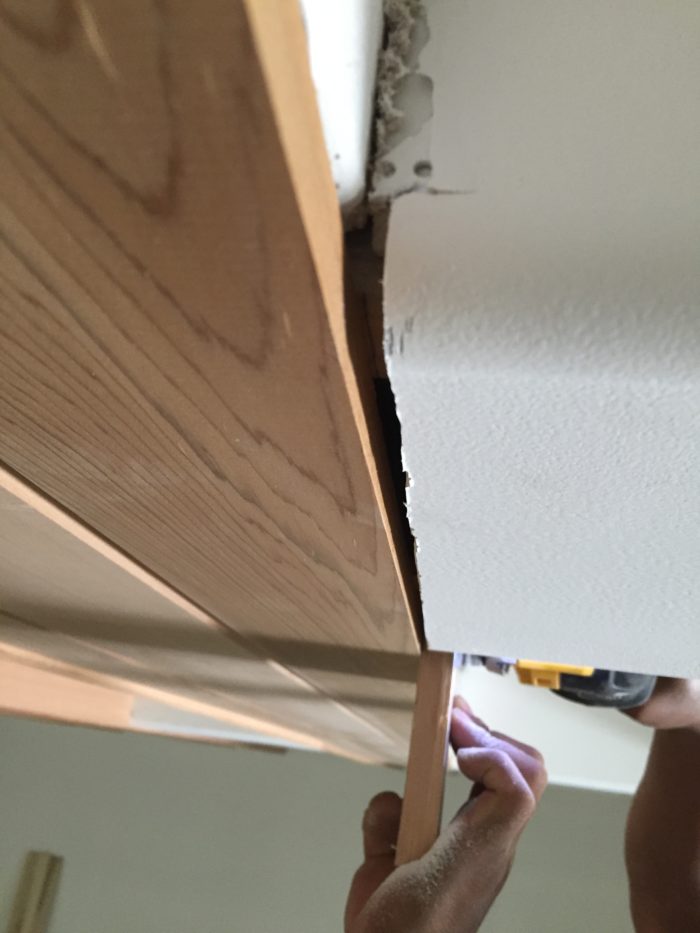 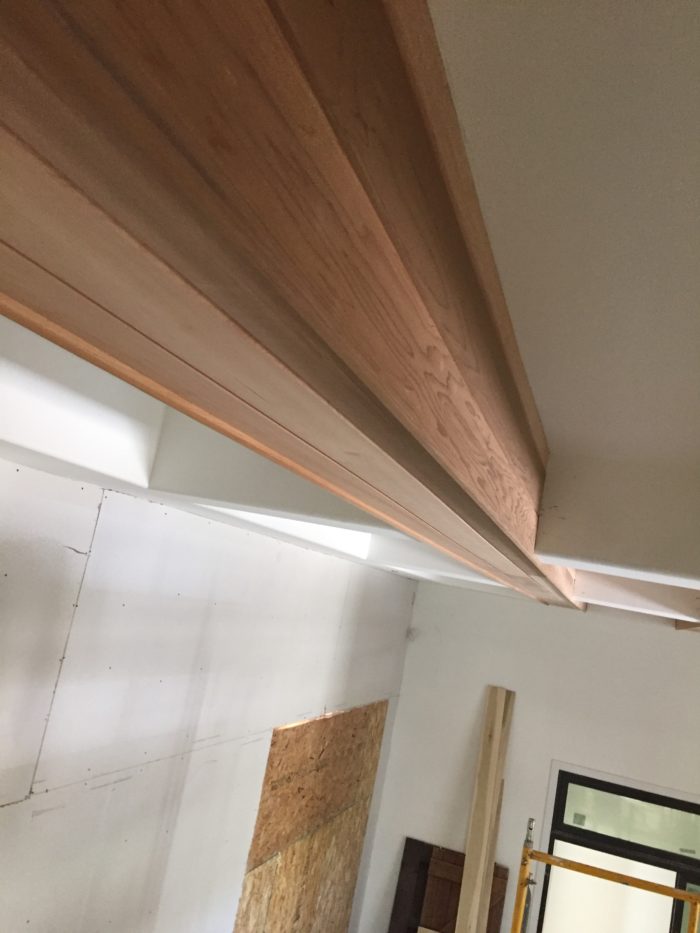 Looking at the final pictures, it will show how we made the beams appear to travel through the drywall cross sections rather that having it stop at them. The outcome was simple, clean, but also makes a statement and gives the room a warmer, more comfortable feel with the high ceilings. 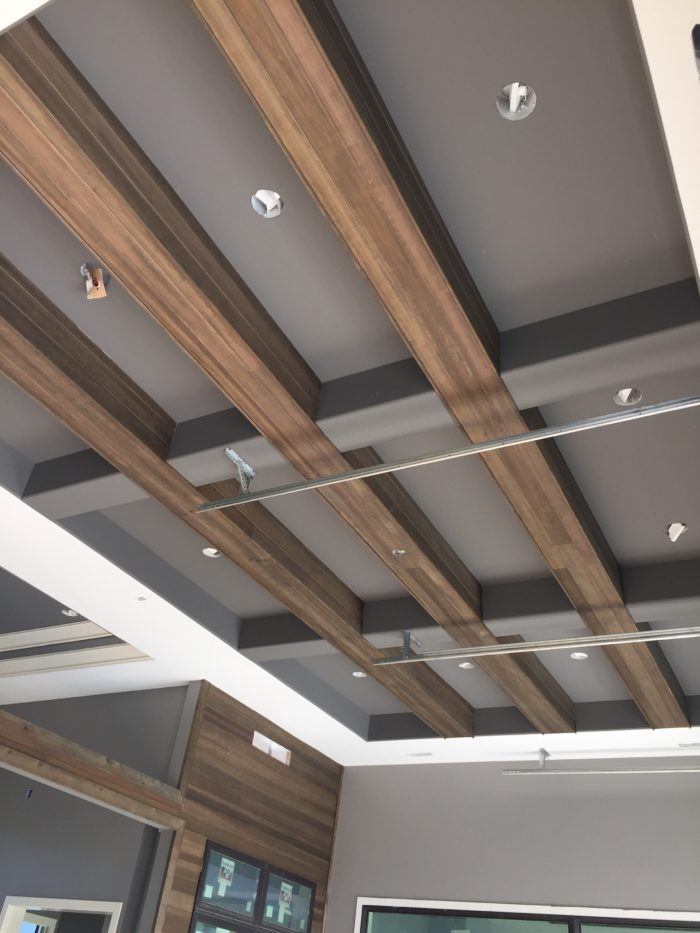 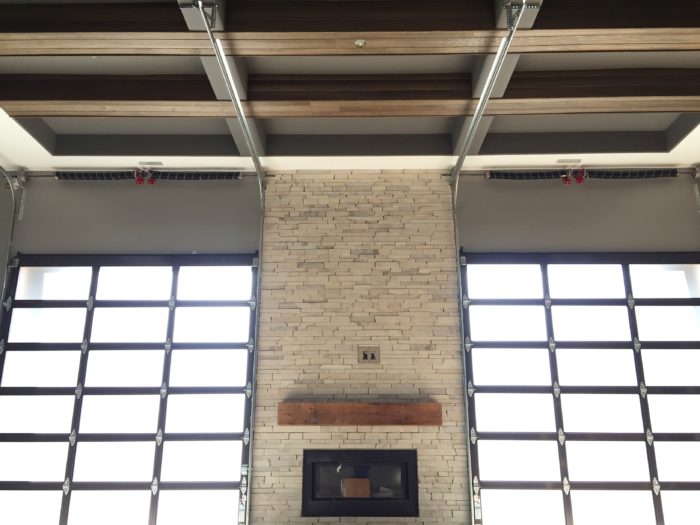 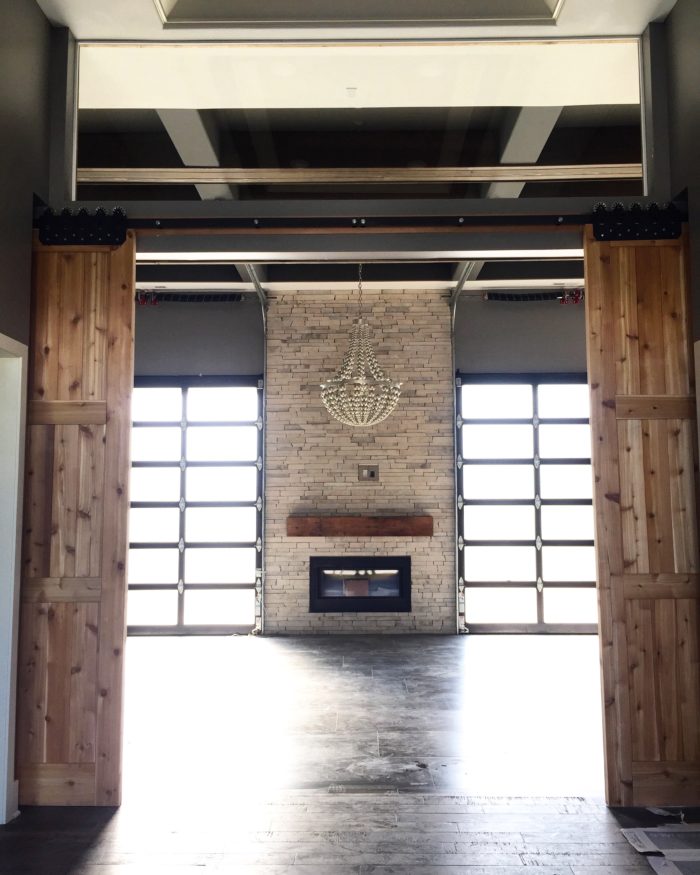 For more of this project and others, check out my Instagram profile @jpmconstructioninc and #prairiestriminstall2 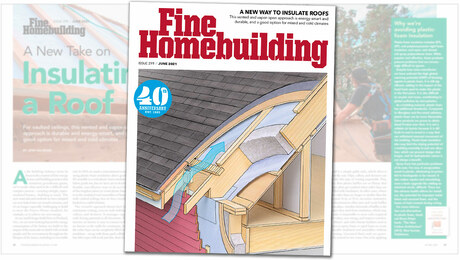