This Pennsylvana farmhouse-style home uses sliding-shade screens to allow in daylight without too much heat. 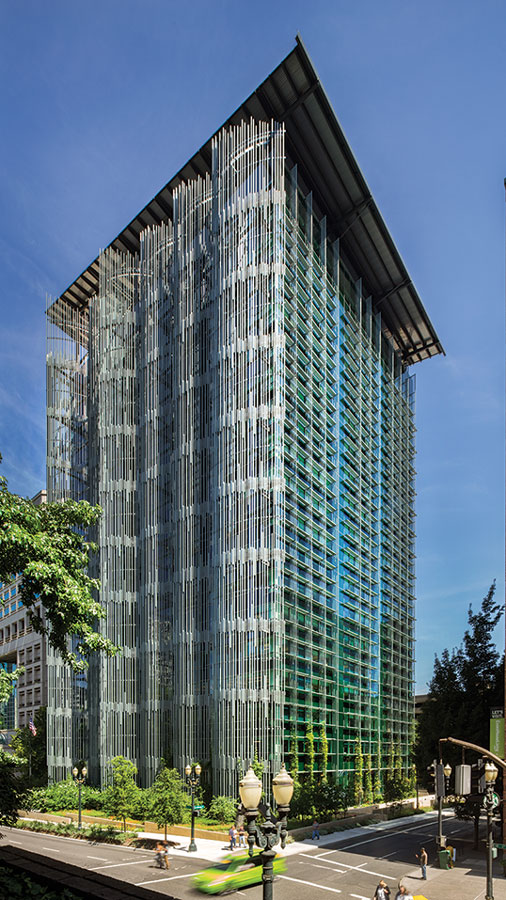 Situated in an open field, this simple gable structure is oriented due south toward a pastoral view. The form is reminiscent of the homes common in northeastern Pennsylvania, which is dotted with hardscrabble farms. Staying true to the vernacular farmhouse style meant leaving off deep overhangs that would otherwise protect from summertime heat gain; eaves in this region are rarely more than 8 in. Instead, Cutler Anderson Architects designed sliding-shade screens on barn-door hardware that act like a straw hat, while six custom-built swinging doors on the south side and two on the north side support passive cross ventilation. The inspiration for the approach came from a previous project by the same firm, namely the 18-story Edith Green–Wendell Wyatt Federal Building in Portland, Oregon (photo right). That transformation of a 1970s concrete commercial building included re-cladding the entire structure in a curtainwall that hangs 22 in. beyond the perimeter of the existing structure. Fixed sunshades on the south side and vertical aluminum rods on the west elevation create an elaborate shading system. In this residential application, a pleasant degree of daylight is maintained, yet the screens yield a 15° temperature differential. 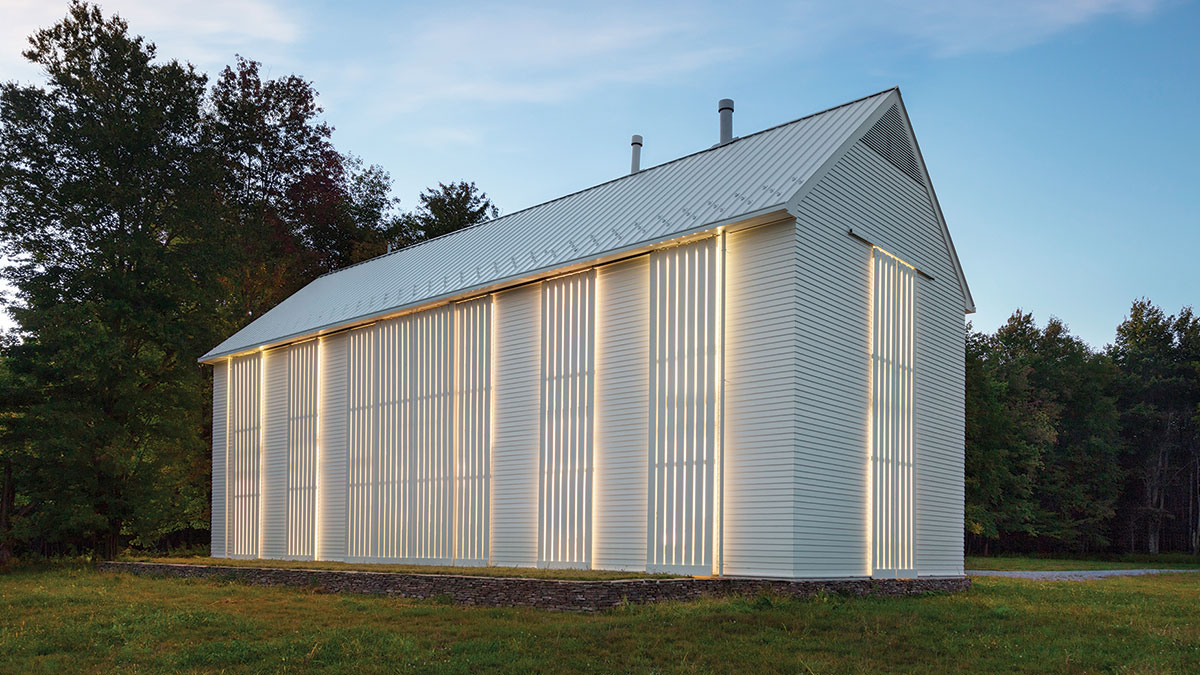 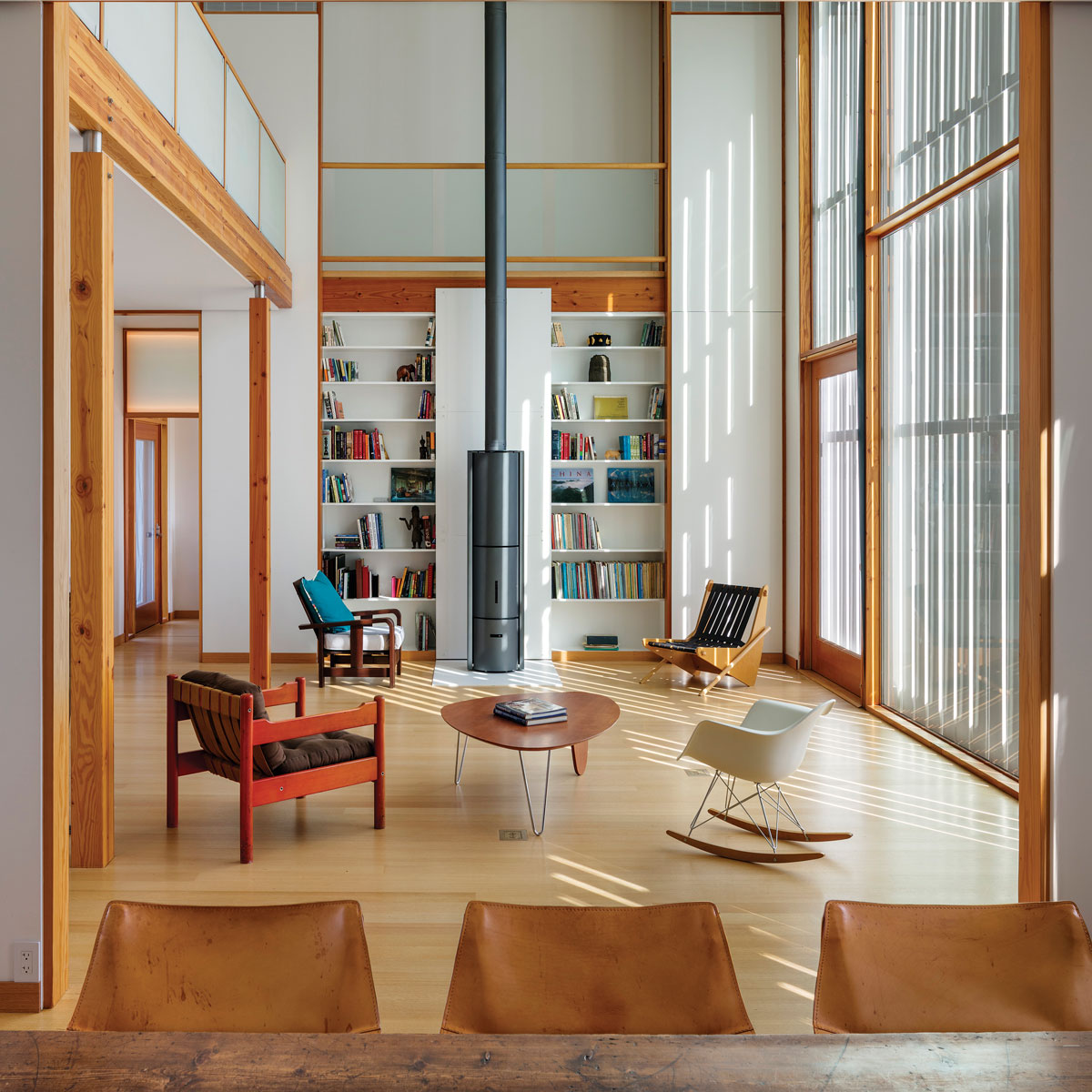 Photos [email protected], except where noted 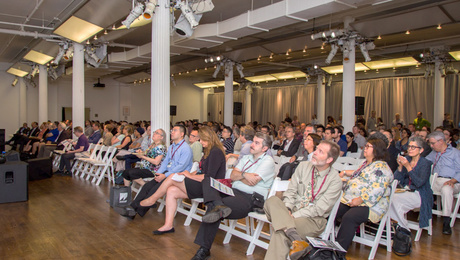