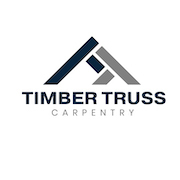 This is a question directed to the reason why I am experiencing edge swelling and surface flaming and not a question as to the validity of a warranty claim.

I am building a shed located in the Midwest at the border between zones 4 and 5. I installed 3/4” AdvanTech subfloor over 2×8 pressure treated floor joists spaced 12” O.C. The subfloor was installed per the manufacturer’s installation instructions (subfloor adhesive applied to the joists, panels properly spaced on both the long and short edges, 6” nail spacing at the edges and 12” nail spacing in the field). The floor joists rest on 6×6 pressure treated timbers placed on a gravel pad formed of 3/4” crushed rock. A woven fabric is at the bottom of the gravel pad to separate the gravel from the dirt while allowing water to drain out of the gravel pad. There is approximately 5-1/2” of clearance between the top of the gravel pad and the bottom of the floor joists.

Because this is winter construction, the floor was exposed to rain and snow after installation and while the walls and roofed were framed. Within two weeks of the subfloor being installed (and still during the rough framing stage), I noticed that the subfloor was experiencing significant (to me) edge swell and surface flaking. The nails, which were left proud from the pneumatic nailer and hand driven snug (as opposed to flush), are now pulled through the upper surface of the flooring to the point that it appears I overdrove the nails during installation. This is also occurring in the field.

The regional manufacturer’s rep visited the site and took moisture content readings (pin style) of the floor, which was at 14% moisture content. The rep explained that since this was a shed floor, the underside of the subfloor was exposed to moisture and that was causing the swelling and flaking. He also said that the manufacturer expects 12% or less moisture content. In my research, this is only required immediately before a finished floor is placed over the subfloor and not what is expected during the rough framing stage.

I can’t find anyone who has experienced edge swelling or surface flaking with this product (and posted about it online anyway) and my lumber yard has never heard of anyone having issues. I have a hard time believing that the subfloor was exposed to more moisture in those first two weeks than it would normally experience during regular home building.

Any insight would be greatly appreciated!

EDIT (3/6/2020): The floor has been covered now for a couple of weeks and the frequency of surface flaking is increasing and the AdvanTech is still indicating that it has a high moisture content (gaps closed up). For my region, I can expect DF to have an EMC of approximately 14-15% moisture content for February. What I can see of the underside looks good. I also have a couple of pieces left over from the install and they appear brand new relative to what’s down. 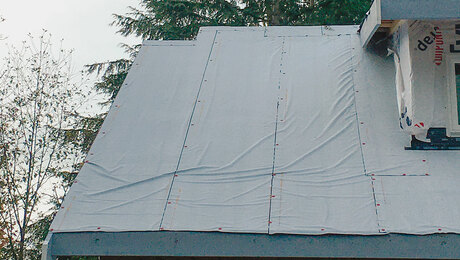 Bubbles in Membrane Under Metal Roof

Bubbles in roof membrane may not affect the appearance of the roof, but it could affect the underlayment performance.