Are dog drs from house to garage legal?

Is it OK with the UBC to put a dog or cat door from the house into the garage?

Thanks a bunch for your input. 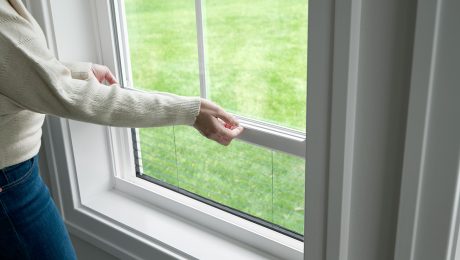 This retractable screen from Pella maximizes convenience and function.