The mfg says I can run 1/2 on ceiling with 24 inch truss spacing. What type problem will I have.  I know 5/8 is rule by it a might too late, the crew but the wall stuff on the ceiling? 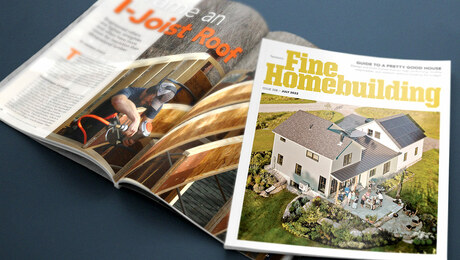 Featuring a pretty good house; framing an I-joist roof; a practical approach to installing windows; and much more.