Hoping for some advice.

I’m installing 2 awning windows up high in my son’s room (a shed addition to the main house). Only have to be concerned with snow loads, and plan was to over-engineer this to be on the safe side. This wall is under the eave.

Didn’t find what I expected once I started removing sheetrock.

Tell if I’m wrong on this, but my understanding was, for a 34″ x 14″ window I would have to have my king and jack studs going all the way to the bottom plate, the header could be 2 2 x 4 with a sandwiched piece of 1/2″ osb. I’m going to leave a small space between the header and top plate to reroute some wiring.

Question I had was looking at what was probably a window on the left before: Can I have one of my king and jack studs rest on that sill from the prior window? Can I also cut part of the right side king/jack studs of that framing and use as a cripple? Would simplify things a bit, and if that framing will support the load I’ll just go with that.

Some of those horizontal blocks, are these meant as a fire block or to keep the studs in line? I’ll need to remove them temporarily to reach the bottom plate with my additional studs, but I can cut some new blocks to insert if they belong there.

I’m a little worried I won’t be able to slip the new studs in floor to ceiling without removing even more sheetrock at the bottom and top. Anyone have a suggestion for that? Would rather not mess with the baseboard or having to redo corners. 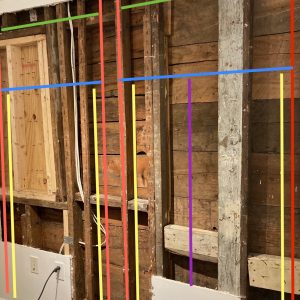 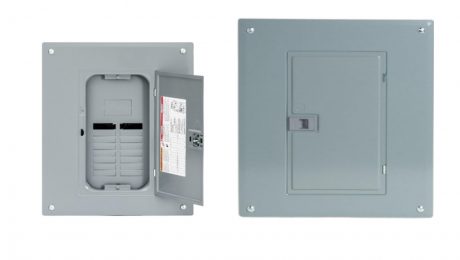