Background:
A few years ago, we took out the walls in our house that stood between the living room, dining room, and kitchen. We did this based on a plan drawn up by an architect who told us that we wouldn’t have any trouble with this because we had a truss roof. The first winter, we had a couple of cracks that showed up in the ceiling drywall perpendicular to the trusses. Each winter, the cracks are a little worse than the previous year. Each summer, the ceiling looks better but not as good as the previous summer. In addition, in one corner, the wall and ceiling pull away from each other in the winter, to the point where you can see a gap between the two. (In case it makes a difference, the trusses are 24″ apart with 5/8″ drywall on the ceiling.)

I am currently redoing our master bedroom and I’m interviewing people to do the drywall. In addition to talking to them about the bedroom, I’ve been asking what it would take to fix the living room ceiling and whether it’s possible to fix it “permanently”. I recently had someone who told me the way to fix a problem like this is to redo the seams and the corner and make sure that the drywall is screwed down tight around the edges.

Questions:
1. I had the impression that screwing drywall down tightly around the edges of the wall and ceiling was exactly the opposite of what should be done. I thought that you shouldn’t put screws closer than 3 or 4 from the edge so that there is some give in the corners when the house inevitably moves. Is this true?
2. I’ve been trying to find someone who knows what they’re doing in drywall, and not just someone who gives me the cheapest price. I’m having a hard time finding someone in my area who specializes in drywall, instead of a handyman who also does drywall. I want my best chance of getting a job that looks good even after the seasons have changed a few times. Can anyone give me any suggestions for finding someone, or about questions I might ask to figure out if someone knows what they’re doing in this area? 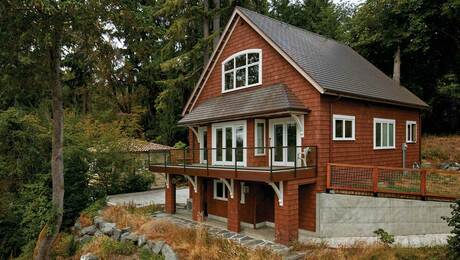