Retrofitting One Wall at a Time

This house belongs to Jesper Kruse, founder of Maine Passive House. He built it in 2000, and recently completed a retrofit that meets the Passive House EnerPHit standard.

The 15-year-old Brosco wood windows needed upgrading, but Kruse felt it didn’t make sense to put high-performance windows into a 2×6 wall; he needed to improve the walls too. He started with the south wall and worked his way around the house, one wall at a time, as budget allowed. 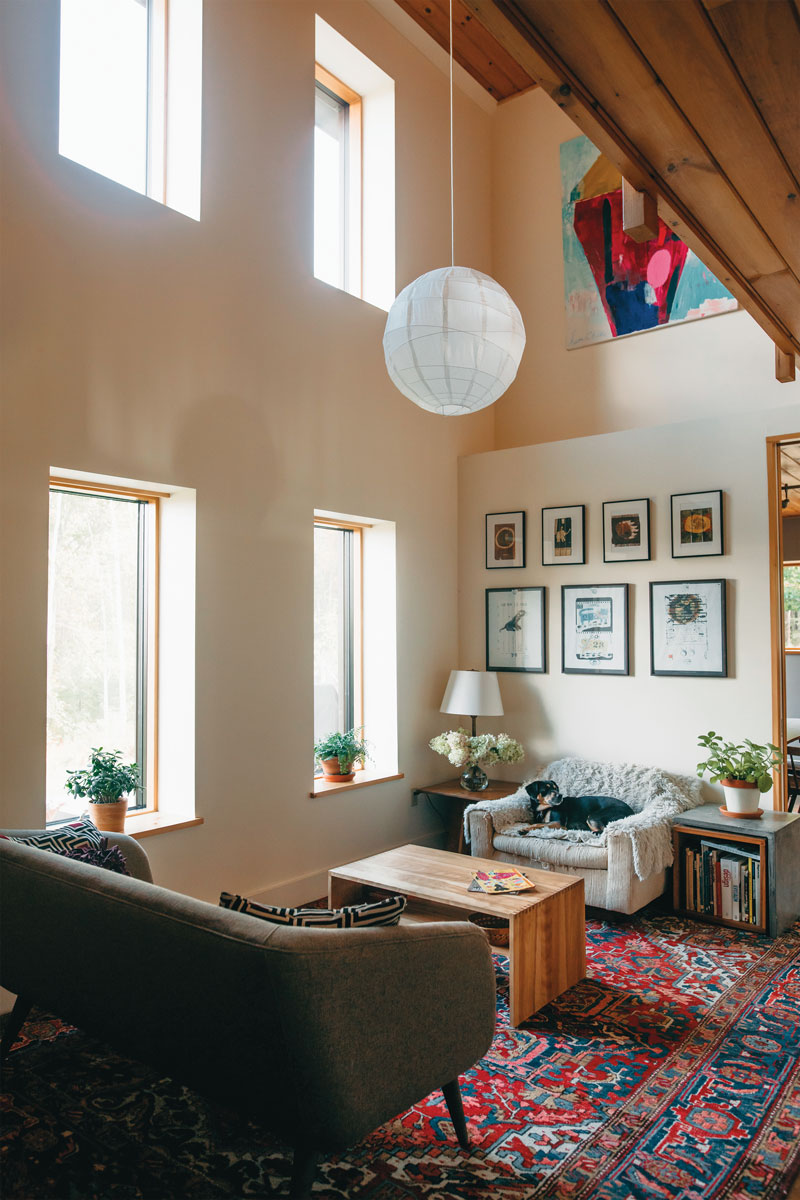 He added Larsen trusses to the existing shell and filled them with dense-pack cellulose, installed 10 in. of rigid foam to the exterior of the frost walls, replaced the old windows with Ecliptica units, air-sealed with ProClima membranes and tapes, and installed a Lunos ventilation system. The truss roof had 16 in. of loose-fill cellulose on the attic floor, which was moved out of the way in order to add a membrane for air and vapor control. Now, warm, moist air from the conditioned space below is discouraged from entering the attic.

Visually obvious changes include reverse board-and-batten vertical pine siding and cedar clapboards treated with black-tinted Seal-Once wood sealer. The front door was relocated; the deck was extended; the woodstove was moved into the open kitchen rather than the den, which was always too hot; and the opening between the kitchen and dining area was reworked to allow for barstool seating. This house is a good example of how approaching a project methodically can achieve high-quality construction on a modest budget.