Our initial contact resulted when this particular client was surfing the internet in search of a remodeling contractor, and found us. He invited us over for a look and a discussion.

What he wanted was nothing short of a complete master bathroom remodel that involved removing everything down to the drywall (and down to the studs in places), and installing an entirely new bathroom.

The client’s budget for this project was so tight it squeaked, so we applied several cost-saving compromises. We went with a paint-grade cabinet instead of stain-grade. We left in place the wall between the vanity and the toilet – although at first it was slated for removal.

We installed only one shower head (in this case, shower panel), whereas two were originally desired. Rather than insist on providing the plumbing fixtures, we allowed the client to hunt for bargains and purchase his own tub, sinks, faucets, and toilet. We utilized leftover tiles from previous jobs, at a fraction of the cost of buying all new tile.

We had a target date for completion, which we met…pretty much. OK, with the exception of the glass shower door, which was delayed due to an error in ordering chrome finish when it should have been brushed nickel.

The demolition work was exhausting, as the old tub had been tiled over a thick base of concrete on the walls and floor. We’re talking a huge amount of concrete that had to be busted out and hauled off. We had to cut a hole in the ceiling below to install the drop-in tub drain after the tile and granite were completed – and then repair it when we were done. You couldn’t even tell. The house had white carpet, which had to be protected during the entire remodel, kind of a wall to wall tarp-it-ing.

The client worked together with us on arriving at a design that was economical, attractive, high in quality, and according to their style tastes. The client was pleased with our work methods and our finished product, and we’re proud of the job – a dramatic transformation from ugly duckling to elegant swan.

...and here is the bathroom vanity as we found it. We decided to replace it with a new cabinet and granite countertop.  The client picked out some very contemporary looking sinks for the new look.

This is the original bathtub - reminded us of a vet's dogwash facility!  The homeowner didn't like it, and had never used it. The tub/platform occupied an awkward space, but the client wondered if we could improve on the layout.  We moved the tub under the window, and added a shower area where the tub had been

We are under construction!

Here's the new tub, and next to it we added a separate shower.  We're installing the nearly invisible frameless shower door in this pic.  The tub platform has a granite top, and the shower walls are marble tile.

The view from the shower (see the shower door handle in the middle of the picture), looking at the new vanity with granite countertop and contemporary sinks. New tile floor and fresh paint complete the picture. 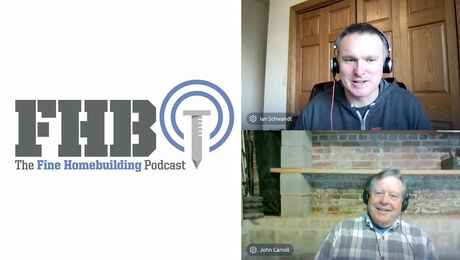