A Look at Big-Builder Approaches to Green

While homebuilders certainly have their hands full dealing with the currently stagnant market, many of them, including some of the nation’s largest publicly traded builders, have nonetheless managed to revise their approach to development and construction by adopting greener strategies. And, according to a survey released this week by Calvert Investments, a specialist in what is known as socially responsible investing, builders who embrace the use of ecologically sourced materials and other green-construction objectives, such as energy efficiency and water conservation, will have a leg up as the housing market tries to find its footing,

Titled “A Green Recovery for America’s Homebuilders?” the Calvert survey focuses on the 10 largest publicly traded homebuilders and the degree to which they’ve integrated sustainability into their practices and products. A follow-up to a similar Calvert survey conducted two years ago, this edition covers five principal areas: land, building materials, energy, water, and climate change. Calvert’s basic take on this group of homebuilders is that many of them have indeed started to make their offerings and practices greener, but they also still have “significantly more progress to make.”

Calvert attempted to gain an understanding of how the companies measured and managed the key issues by analyzing three areas: policies – formal commitments from the management team to explicit goals; programs – integrated methods for implementing policy commitments; and progress – reported data on the companies’ progress toward their stated goals.

Among the key takeaways

A lot of the survey’s ranking criteria, of course, would be of interest to prospective homebuyers, although a lot of it is relevant only to competing builders and investors, like Calvert, who are focused on sustainability and accountability standards.

One of the findings, for example, is that there is a “sizeable gap” between what investors need and what companies provide: out of 42 points available on this subject, the average total score was just over 6 points, or 15%.

Also of note is that while KB Home and Pulte Homes led the way in the rankings with notably high scores, they left the remaining eight builders in the dust in many key areas, with the trailing eight averaging only 6% of the possible point total. Another investor criticism is that homebuilders aren’t measuring and disclosing their environmental impact in a comprehensive manner.

The green initiatives that builders tend to pursue most vigorously are, naturally, driven by their potential to reduce operating costs and their financial benefit to customers. The companies are most active, the survey report noted, in programs that will increase the energy efficiency of the homes they build. That finding is in line with a J.D. Power survey, cited by Meritage Homes on its website and noted in the Calvert report, that, among homeowners who have purchased a “green” home, 94% reported they purchased the home because of the savings they would see on energy bills. 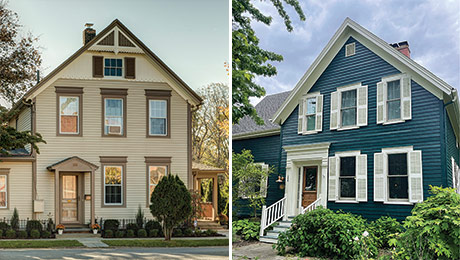