What’s the secret to your success? 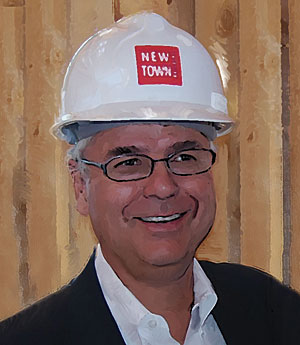 We’re on a journey. Last year, we won the award for our Solaris series with a zero-energy option and a HERS (Home Energy Rating System) score of 40 with 2.75kw of solar. This year, we won for our Zero Energy Now, or ZEN, homes, which come with zero energy as a standard feature. Every year, we try to do an out-of-the-box research project that leads to a new line of extremely energy-efficient homes.

How did the ZEN series come about?

We needed to find a way to build a HERS-40 house without solar, preferably at no cost penalty to the previous series. It was risky to be dependent on solar. I was concerned at the time about the imposition of tariffs on Chinese solar imports, the lack of rebates from Colorado power companies, and an attack by our largest utility on net metering.

Where did you start your quest?

I took a training course at the Passive House Institute US. Building to Passive House standards is very expensive. We prefer to build mainstream houses that first-time move-up buyers can afford. But I learned more basic building science in that curriculum than I’ve ever learned anywhere else. I was introduced to an energy-modeling software program called WUFI, developed by Oak Ridge National Laboratory. We probably ran 37 iterations to find the ideal specs for the series. It was a rigorous trial-and-error process.

You ultimately decided to take the homes down to a HERS score of zero with solar included. What changed your mind?

We were ready to announce this HERS-40 house with no solar in the spring of 2013, but solar is very compelling to buyers. During the recession, we offered solar as a standard feature. For the first time in my career, I could talk about what we do differently and better. I had this nagging concern: How are we going to sell a HERS-40 house without solar? Nobody knows what HERS is, and there is no time on the sales floor to educate the buyer.

ZEN homes feature double 2×4 walls. How did you settle on that design?

Other builders doing extreme energy efficiency are using rigid foam, complex flashing, and siding applications. We’re in a labor-short market here in Denver. It’s very difficult to do complex things, so we build a double 2×4 wall, which every framer in America knows how to build. The studs are staggered to prevent thermal bridging. We split the load, so the second floor bears on either the inner or the outer wall. The roof bears on the other one. The wall cavity is filled with blown-in fiberglass. We get a great wall section, and it’s less expensive than the more exotic wall sections.

As a production builder, you also have to replicate the house for buyers.

That’s right. Many award-winning houses are one-off demonstration projects. That’s easy to do; the projects don’t have to make economic sense. The challenge we’ve mastered is building production zero-energy homes at prices competitive with other homes in the market.

What other specs did you settle on?

We used a variety of advanced-framing techniques. We raised the heel of the roof trusses to allow more space for insulation, built two-stud corners, and used insulated headers. The attic, exterior walls, and foundation walls all have increased insulation. The windows are doublepane with vinyl frames and a U-factor of 0.25. The homes come with a Carrier Greenspeed Heat Pump and a backup furnace that’s 97% efficient.

How much extra did it cost to reach net zero?

With our Solaris houses, we incurred a cost of $35,000 to take our standard house to net zero. With this new series, we cut that in less than half, because we started with HVAC and with a shell that was inherently more efficient.

How did the net-zero homes sell?

We rolled out our ZEN homes in October 2013 with about 40 lots in the Stapleton master plan community. We sold out in March. When we opened the Solaris models the year before, it took a full year to sell 40 homes. The ZEN homes with solar included sold twice as fast as the Solaris series, where zero energy was merely an option. There’s a real lesson in there for us: If you have to explain it on the sales floor, you lose people. If you make the decision for them, it’s a much easier sell. 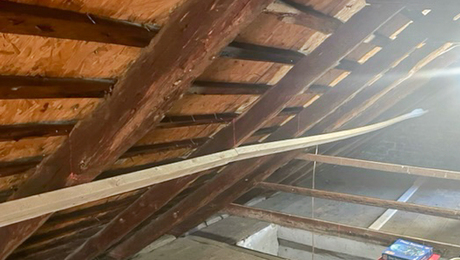