Synopsis: This article tackles the wiring, hardware, and networking options that are important to grasp when you’re wiring a home for the distribution of audio, video, home automation, security, and Internet.

All the publicity surrounding the new generation of wireless home products creates an impression that homes are poised to become completely wireless. In fact, the opposite is true. Despite announcements of wireless home platforms from Google and Apple, that remains a daydream. “I’m sure we’ll get there someday,” says Greg Simmons of Eagle Sentry, the leading systems-integration firm in Las Vegas, which installs communication systems in homes of all sizes. “But we’re not there yet.”

The core issue for Simmons and other integrators is the ever-increasing number of wireless devices (e.g., printers, digital-media players, garage-door openers, smartphones, tablets, appliances) competing for bandwidth. This can be likened to a loss of water pressure when too many people are showering at the same time. Wireless signals can weaken or get dropped without the right structured cabling and communications equipment in place.

Structured cabling is a general term that refers to a whole-house network of cables dedicated to audio, video, data, telephone, television, security, and home-automation signals. Ironically, the demand for stronger, more reliable wireless connections has fostered a parallel need for more-powerful hardware with more-robust wiring.

Most people have no idea just how many devices in their homes depend on strong wireless signals. Greg Calvimontes, a Pittsburgh integrator, had a client complain of dropped signals. “He said he wasn’t running many wireless devices in the house,” recalls Calvimontes. But Calvimontes pulled up Fing, a network-scanning app, on his smartphone and saw that the homeowner had 40 devices on his network. “DirecTV boxes, the Nest thermostat, the router — the list went on and on,” Calvimontes says.

Many home applications — especially streaming video, online multiplayer gaming, cloud storage, and video calling — simply perform better with a cabled internet connection, says Avi Benaim, managing director of A.B.E. Networks in Silver Spring, Md., who works with many of the major builders in the Washington, D.C., area. Benaim keeps track of how many wireless devices his clients use at home. The average is 35, and it’s grown rapidly in the last two years.

Many homeowners foot the bill to bring more bandwidth into their home, but then they connect the incoming service to a cheap modem or wireless router, which effectively bottlenecks it. Further compounding signal-quality problems, the router is often left at the wall where the service enters, creating dead zones at the opposite end of the house. A good wireless router is omnidirectional, which means that it broadcasts a signal in a 360° balloon, so it’s best put in the center of the desired coverage area.

Earlier this year, Simmons did a demonstration project for Pardee Homes in Las Vegas that promised buyers a “commercial-grade wireless” experience in a 2500-sq.-ft. home. Pardee wanted to make sure that buyers could take a video call from Europe by the pool, run video on multiple iPads, and watch a movie on Netflix — all at the same time. “If millennials can’t get online, it’s literally the end of the world,” jokes Simmons. 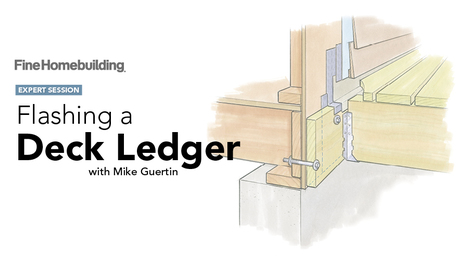