With the beam longer than the porch ledger it is a challenge to transfer the rafter layout so the framing is square.

Today in my WACTC class, we worked on the front porch, adding our roof rafters. Mike asked Nick and me how we would transfer the 24 in. on center layout that was marked on the ledger board to the beam. This is an important step to make sure our roof rafters are straight and square to the house and in the proper placement to receive the Zip Roof sheathing. I was also tricky because the beam was longer than the rafter ledger so there wasn’t a reference point to start the layout from. 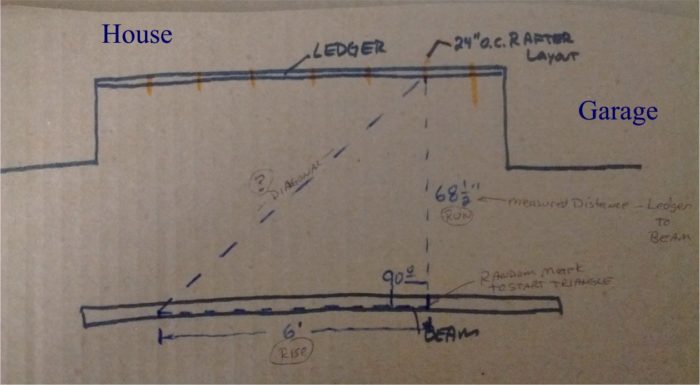 We began by making an imaginary right triangle over the ledger and beam starting with a random mark on our beam that will be the inside 90 degree corner of the triangle. Then using run and rise formula of the Pythagorean theorem we were able to calculate a right angle. First we entered the length from the house to the inside of the beam – 68 1/2 inches. This length is considered to be our run, which then leaves us to find our rise. We made a second mark several feet along the beam from random corner mark. We picked a whole foot number for simplicity – 6 ft.. Now we had two sides to the imaginary triangle (one side along the beam and the other between the beam and the ledger). 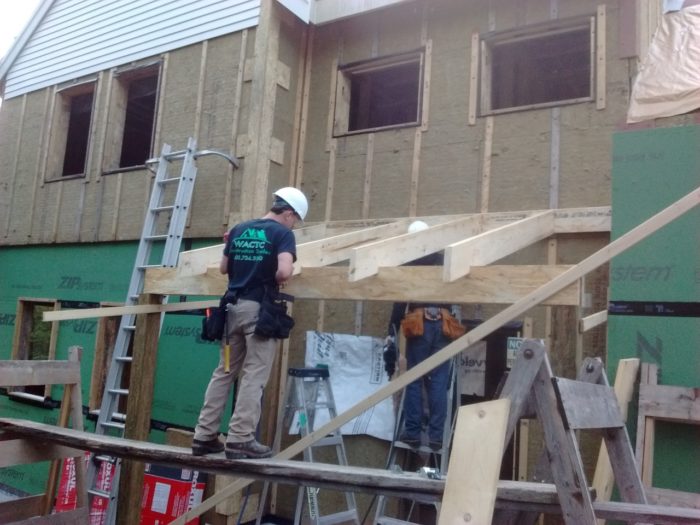 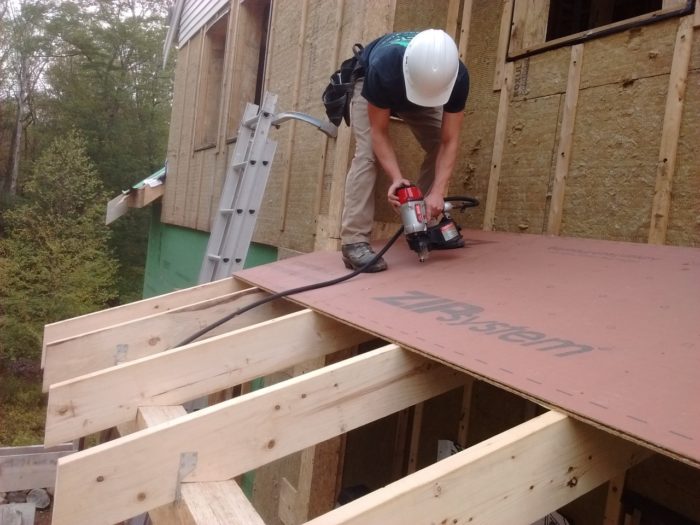 With the rafter layout complete we moved on to calculate and install the rafters then sheath them with the Zip roof. 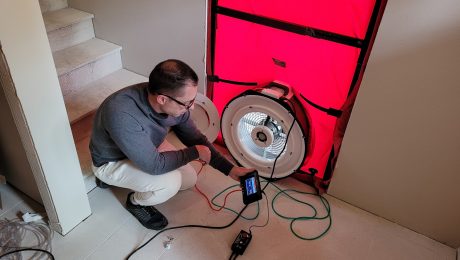