A lifetime of construction work provides the right background for multiple lines of knowledge work that won’t strain your back or your patience.

In my 20s, I could not imagine a better job than framing houses. I loved the athleticism of the work, the danger of the saws and laboring up on rafters, and the sense of accomplishment I felt looking at what I’d erected. Two decades later, I no longer enjoyed it so much, and preferred managing jobs from the comfort of my air-conditioned truck.

In time, the hassles of business began to wear on me, too, like dealing with employees, subcontractors, and warranty claims. I didn’t know of any alternatives, until the recession of 2008 forced me to find them. And I did.

I discovered that a lifetime of construction has broad application in multiple lines of knowledge work. There are other careers suitable for economic downturns, or simply for when you no longer want to strain your back, or you tire of taxing your soul running the company.

Aside from working for the local building department, many agencies and private companies require an army of knowledgeable inspectors to travel around looking at, and reporting on, structural conditions in various types of buildings. I worked for one such company, Strategic Asset Services, for about three years, inspecting commercial buildings in three states. The company holds contracts with clients like banks and REITS (Real Estate Investment Trusts) that own hundreds or thousands of assets and must keep tabs on their condition.

The job entailed making appointments, planning an itinerary, and then hopping in the car for day-long, and sometimes weeks-long inspection tours. Typical tasks include walking a shopping center, apartment complex, or hotel, inside and out; documenting the condition of the buildings; and then filing a report online. What I liked about the job was what I had liked about construction work: independence. I made my schedule, and worked alone, no office politics. I got to know the real estate in my area better than I had ever before, and learned about how large complexes are financed.

Federal agencies — such as the Department of Housing and Urban Development’s Real Estate Assessment Center (REAC) and the Federal Emergency Management Agency — also need freelance inspectors. These agencies require an inspection background and certification, but you can obtain these working for private contractors for a year or so, and then attend a course and pass the test – piece of cake. It’s easier to begin with FEMA, given they contract through third parties.

In every case, the work is similar. You evaluate the condition of buildings; note life-safety issues, deferred maintenance and other problems that will devalue the property; file your report; and go on to the next inspection.

I enjoyed the inspection gig, and would have kept on making inspections, were it not for a more lucrative line of work.

Years ago, I’d worked with an insurance restoration firm, so I had some knowledge of how the industry worked. I signed up with an independent adjusting firm, and after hurricane Irene in 2011, I never looked back.

When a hurricane, earthquake or a flood hits, the CAT company calls, and if you pick up the phone, you leave immediately for wherever they require deployment. It’s exciting, disruptive, and sometimes very lucrative. You get paid a percentage of each claim you adjust, with the incentive of giving the claimant the highest possible payout within policy limits. You obey the guidelines and policy limits because, besides being honest, self-interest dictates you want to keep the job. It’s exciting work, takes you to historic events, and you can make several thousand dollars a day.

In all lines of insurance adjusting, you will need to take some courses in adjusting and obtain state licenses for the state you wish to work. Texas and Florida have some of the highest licensing standards, and hence many states recognize these licenses through reciprocal agreements, opening your job possibilities. Devoted adjusters hold multiple licenses.

Tools of the Trade

Although the basic instruments for inspection include a camera, clipboard, and electronic tape measure, for some lines of work, such as adjusting, you’ll need a host of other tools. Tools include ladders, flashlights, a shingle gauge, angle finder, compass, putty knife, screwdrivers, special shoes to walk on steep roofs, mud boots, a laptop, and maybe even some camping gear. In a catastrophe zone, you may not find a hotel. After hurricane Sandy, I spent ten days living out of my car before I found suitable bed. Like I said, the work is exciting and disruptive. But when you’re done, it’s over. No callbacks, no worries. 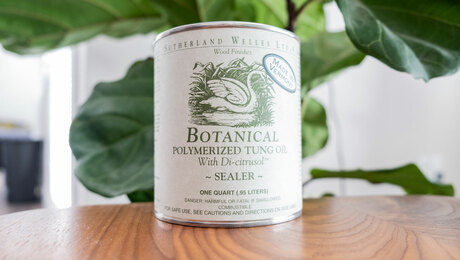 Protect floors, countertops, and other wood surfaces in your home while giving them a rich, natural look with Sutherland Welles Polymerized Tung Oil finish.