The Steady Surge in Residential Solar

Solar accounted for 43% of all new electricity-generating capacity added in the United States in 2020, topping all other technologies for the second year running. The curve promises to continue upward. According to the Solar Energy Industries Association (SEIA), solar capacity will quadruple over the next 10 years.

In response, the U.S. Congress has once again extended the solar investment tax credit (ITC)—through 2022 this time, with a reduction in 2023 unless extended again. The credit allows residential solar customers to deduct 26% of the cost of their system from their taxes owed to the IRS. For the average $27,000 solar installation, for example, the credit takes $7000 off the bill. And it has no limit, so the rebate can be two or three times more for more expensive systems with battery backup. State incentives, where available, can subtract thousands more. Overall, payoff periods are averaging eight to 12 years—depending mostly on local electricity rates—for an energy-producing system that will deliver clean power for 30 to 50 years.

By all estimates, the big tax incentives won’t last forever. State programs have dwindled somewhat, and the federal credit is down a bit from the 30% of a few years ago. However, despite the drop-off in credits and incentives and the increasing cost of skilled labor, prices per watt delivered have dropped steadily. At the same time, looks and reliability have improved, making photovoltaic (PV) power more attractive than ever.

“We’ve learned so much since incentives came in 15 years ago,” says Sara Peavey, a PV designer for Mayfield Renewables in Corvallis, Ore. “We have tons of data on what works well and what failed. While some incentives have gone away, they forced companies to make solar more affordable.”

Rooftop modules have steadily improved in every way— aesthetics, performance, and cost—and the trend is expected to continue until the limits of physics are reached. But the changes at this point will be incremental and not worth waiting for.

Whenever you decide to say yes to solar panels, you’ll be getting a better deal than ever. Instead of the old polycrystalline panels with silver stripes running through them and silver frames on the outside, you’ll likely get a set of monocrystalline modules that are uniformly dark, with black frames and dark-blue cells, giving the panels a sleek, seamless look. A white background is also available for those who prefer that aesthetic. With each module operating independently, regardless of shade sources, panel arrays tend to be large, uniform rectangles, adding to the elegant look.

John Grieser is co-owner of Elemental Energy, a solar-energy company that installs five to eight residential systems a week in Oregon and Washington. Like many in the industry, Grieser counsels against delay, explaining that the sooner you start paying off a system, the closer you’ll be to free energy. “In rainy Portland, half of our clients—with an average house and average electric bill—can get to net-zero. So incremental improvements in PV technology don’t really matter at this point.”

To further reduce costs per watt, manufacturers are also increasing panel size, packing in more cells and effectively reducing the amount of frames and electronics—the priciest parts of a panel. However, for historical homes with more complex roofs, smaller panels might make more sense.

While SunPower is still considered the leading innovator in PV panels, many of its patents have expired, inviting manufacturers from around the world to take advantage of the latest technology. SunPower, LG, REC, and Panasonic tend to offer the best combination of performance, price, and warranty, according to installers I spoke with as well as reviews by EnergySage.com, a resource for unbiased information and competitive quotes.

While experts generally agree that it’s hard to make a bad equipment choice these days, they caution against products with anything less than a 25-year warranty on parts, the labor required to replace them, and energy production, with the best guaranteeing a less-than-10% drop-off over the warranty period.

One big reason behind solar’s exponential growth and improving prices is the panels themselves—or modules, as they are known in the trade—which have improved steadily in efficiency vs. size and cost. Holding down the modules are mounts, rails, and clamps called “racking.” Refined over a few decades now, racking systems are extremely reliable, with flashed mounts that connect to rafters, and rails and clamps engineered for local weather conditions, such as wind and snow. Available for all roofing types, these components have also become easier to install over the decades. “If the system is spec’d and installed correctly, you’ll have no leaks and no problems,” Grieser says.

Improvements to the electronics have also made panels more efficient in more locations. PV panels produce DC current, which must be converted to AC for residential use. Today, module-level power electronics (MLPEs) are innovating this process. The biggest advantage of MLPEs is optimization of the output from each module, regardless of sun and shade conditions. Contrast that with older arrays, which would shut down altogether if a single panel was shaded. MLPEs allow solar arrays to be installed in more places on a roof and on multiple planes, regardless of trees and chimneys, allowing much more output for a given location. The widespread adoption of MLPEs means a price break for consumers too.

“When I started out 10 years ago, a solar install was $7-8 per watt,” Peavey recalls. According to the most recent market report from EnergySage.com, state-by-state costs for solar range between $2.30 and $3.15 per watt before credits and incentives. “That’s because we can install anywhere on the roof at any angle, all optimized, and shade doesn’t matter,” Peavey says. “You get lots more flexibility, and a better-quality product as well.”

MLPEs also have built-in monitoring, so you can see exactly what each panel is producing and also pinpoint any problems or equipment failures. “What other appliance gives you that level of granularity?” Grieser asks. “For HVAC or minisplits, you can’t always tell if refrigerant lines were pressurized properly or filters are dirty, which can have a huge impact on performance. With solar, you know if your appliance is working at all times, and you can compare numbers with what a salesman promised, year to year, as trees grow in the way, etc.”

MLPEs meet the latest National Electrical Code (NEC) requirements for module-level rapid shutdown, designed to protect fire fighters, tradespeople, and others from encountering dangerous voltage levels of DC power anywhere between the modules and the meter. A 2014 NEC change required that rapid shutdown be installed somewhere in the system, and the 2017 NEC pushed that capability to the individual modules themselves. If your state hasn’t yet adopted the latest NEC, it will. If your system predates the NEC changes, your state might require you to retrofit MLPEs at each module, but there are affordable products for that.

A number of manufacturers now offer AC modules, or “smart modules,” with an MLPE inverter integrated into the back of the panel, offering a single plug-and-play connection on each unit, which makes installation faster and easier, with fewer wires to potentially rub on the roof or be nibbled by rodents. These panels are pricier but easy to install, so they generally save customers a bit on installation costs.

Another new module is the “bi-facial” panel, with a transparent back that allows light to reach the underside of the cells, intended to produce some energy from a reflective deck or patio, for example. The experts I interviewed, however, were unable to measure a significant increase in production from the lower side of these panels.

A system for energy storage

A “grid-tied” system trades energy back and forth with your utility company. When your modules are producing more energy than your home is consuming at any given moment, the excess is back-fed into the electric power grid. The meter keeps track, and when the sun goes down, the grid feeds your home what it needs.

At the end of the year, you pay only for the net energy used. In the design of any given solar array, the goal is to get that number as close as possible to zero without producing much of an annual surplus, which most utilities won’t pay you for. Led by Tesla’s popular Powerwall units, battery storage can replace the grid during power outages, backing up your whole home or just a few essential circuits, just like a generator. In fact, generators and battery backup can be used together to handle extended outages.

Although pricey enough to double, triple, or even quadruple the installed price of a typical system, depending on storage capacity, battery backup is increasingly popular, largely due to the increase in catastrophic weather events. Today, almost every manufacturer of solar components is jumping into the game to compete with the Powerwall, with each of the major manufacturers aiming to be a one-stop shop for residential solar components.

Generac’s approach, though, is unique. Known for its traditional standby generators, Generac recently launched its own components for power transfer, optimization, rapid shutdown, and battery storage. Including everything but the rooftop modules, the fully integrated system is called PWRcell and promises to emerge as a strong competitor to the stand-alone MLPEs from Enphase and SolarEdge.

Beyond the standard roof panels

While the standard rooftop installation is still king, there are other ways to mount panels, and other places to put them. The most-hyped innovation might be Tesla’s PV roof tiles, called Solar Roof, announced in 2016 to much fanfare. Although the company has been taking orders for some time, experts say that the practical reality is a long way off, and the real cost has nearly doubled from the original projected prices.

For homeowners with a big sunny field on their property, a ground-mounted array can be a fantastic option. Space is potentially unlimited, panels can be pointed and tilted for optimal production, and snow and debris can be cleared manually. Ground-mounted systems comprise 10% of residential installations for ReVision Energy, and the New England–based company recently dedicated a crew to installing the helical piles that attach these arrays to the ground. 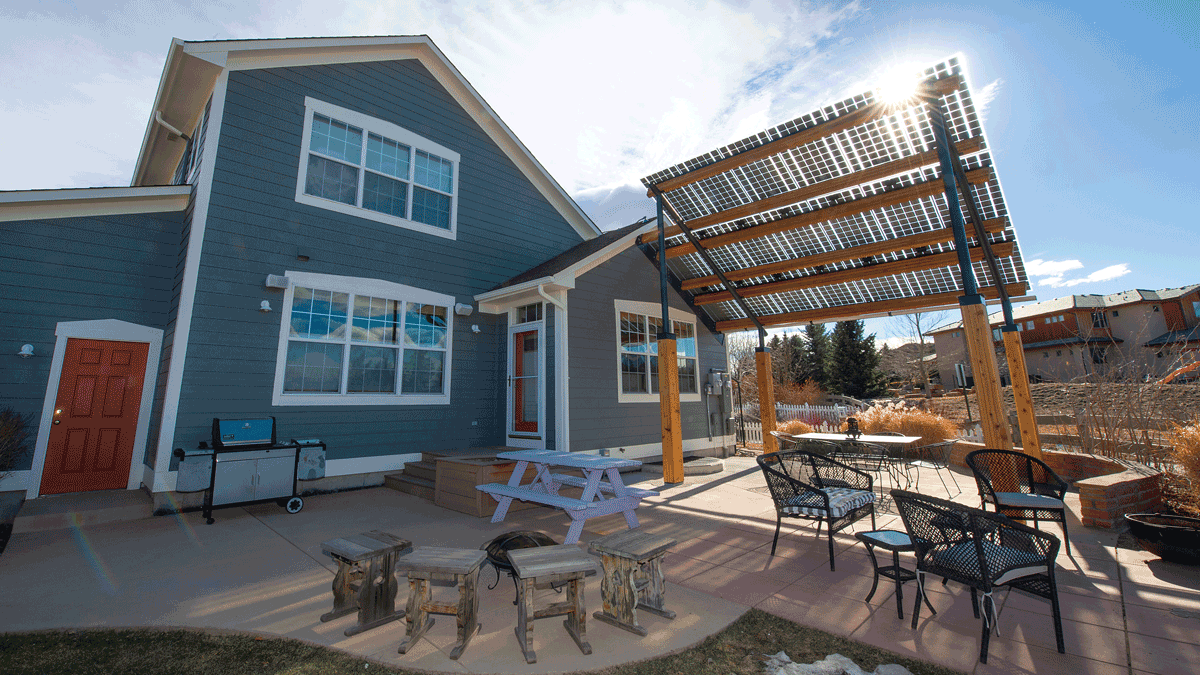 Compared to a roof installation, says ReVision’s Brandon Bernard, the up-front costs for ground-mounted arrays are a bit higher, due to the larger racking systems and the trench that carries the power to the home. “But the overall economics are great,” he adds. “The payback period is similar because you can optimize the panel angle and array.” 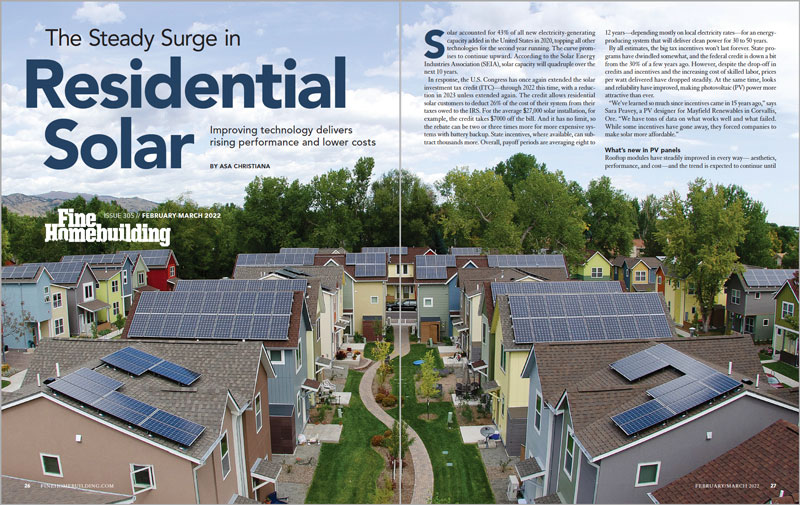 – Asa Christiana is a contributing ­editor to Fine Homebuilding.

Photos by Topher Donahue, except where noted. 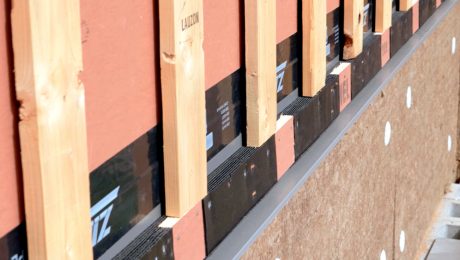